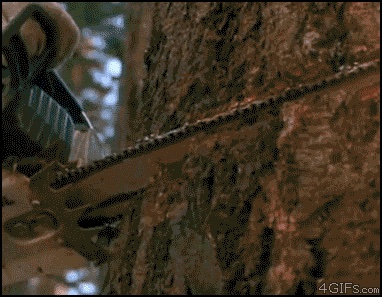 From social project to environmental threat

Having introduced you to ‘La Bestia’, the so-called ‘death train’ Central American immigrants use to cross Mexico, Midnight Weekly is returning to those parts this week to tell you about the Tren Maya. This ambitious, 1,554-kilometre rail network aims to connect all the major tourist sites across Mexico’s five states, including those of the ancient Maya people. That explains both the project’s name, and the scandal it provoked.

If the Mexican government is to be believed, the project only has its advantages. By linking the country’s busiest tourist spots, it was said that it could create up to 500 000 jobs and boost the economy of those regions it passed through. In other words, it was a project that would do social and economic good. The only problem? The Tren Maya’s route passed through hundreds of kilometres of jungle, endemic biodiversity and unique archaeological heritage sites. Fair to say that not everyone was best pleased about the idea, chief among whom were the Congreso Nacional Indígena and the Zapatista Army of National Liberation, which on the 26th anniversary of its armed uprising, announced its opposition towards the project.

Numerous NGO have also expressed their opposition. Those concerned with the protection of the rainforest have pointed out that the Tren Maya would get in the way of the biological corridor that allows jaguars to reproduce. But that’s not all. According to the Jaguar Wildlife Center, hidden beneath the future rails are underground cavities that are home to the unique water source for the Quintana Roo, a haven for the region’s wildlife during dry periods. Not to mention the thousands of trees that have already been felled to make way for the new lines. President Andrés Manuel López Obrador has tried to bat away these scandals by promising to replant trees, create new biological corridors for wildlife and many other things besides – but to no avail.

The problems haven’t subsided on the archaeological side, either. The head of state may have announced that all the vestiges of historic sites would be collected and preserved, but the experts say their concerns remain. They add that the ruins should be studied on location so they can be properly contextualised and help the world better understand the Mayan civilisation. However, in January 2021, more than 8,000 had already been discovered by the teams of workers building the railways through the forest.

Despite so much opposition, the construction of the Tren Maya is now well under way. Four  of the seven sections have already been started, while the fifth was brought to a brutal halt on May 30 2022. A judge in fact declared, in the absence of a study into the environmental impact of the route, precaution should be shown first and foremost. It was a real victory for detractors of the project and a heavy blow for President Andrés Manuel López Obrador. In 2021, the latter had declared the Tren Maya a project of ‘national security’. But despite this setback, the latter isn’t backing down and has said that he wants the rest of the construction work to be complete by the end of 2023. It’s worth noting that he had initially planned for the work to be finished by the end of the decade, but that the works have been accelerated to be ready by the end of his current presidential term.

One final scandal hangs heavy on the future of the Tren Maya. A citizen consultation was organised among the local populations to find out whether they really backed the network or not. The latter apparently came out 92 percent in favour of the project, but the referendum was criticised by the United Nations, which said it didn’t meet international standards. With many people unable to get out to the polling stations, less than 3 percent in fact cast their opinions on the subject. The government was also accused of having only sent out positive propaganda to potential voters. And so the scandal surrounding the Tren Maya appears to be far from over. We predict it’ll rumble on for decades yet.

War in Ukraine: exile on the railways

European rail firms have mobilised to help evacuate civilians and victims of the war, carrying them off to lands untouched by the ravages of bombs and bullets. To tell you all about it, we decided to hand over the mic to Nick Brooks, the secretary-general of ALLRail.