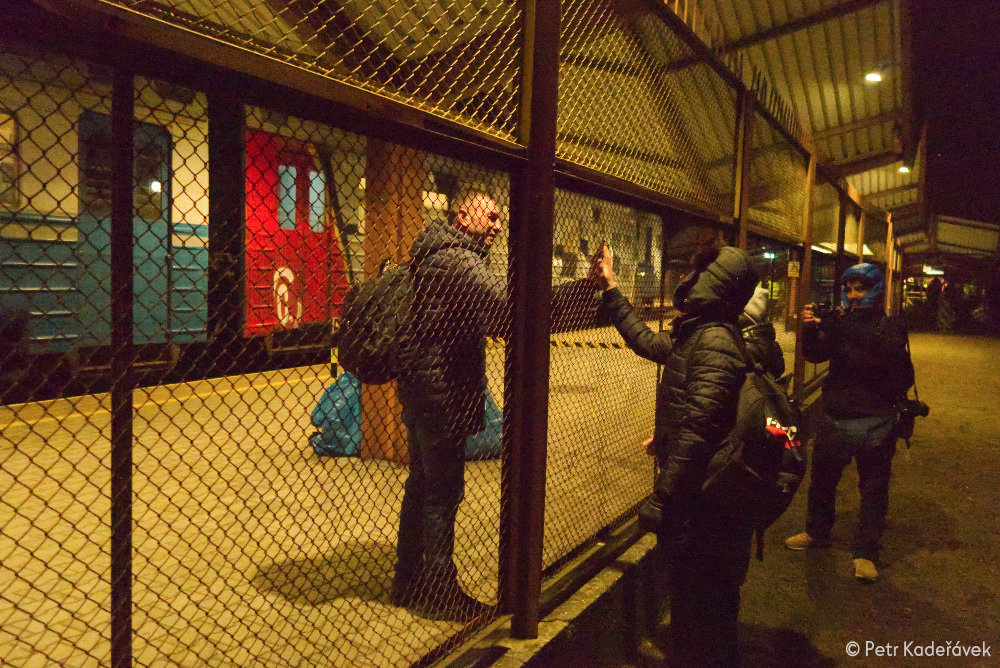 War in Ukraine: exile on the railways

Train operators have mobilised to help those in need

With the war in Ukraine having raged on for just over a week now, this edition of Midnight Weekly is shining a light on the pivotal role a number of train operators have played since the start of the conflict on February 24. European rail firms have mobilised to help evacuate civilians and victims of the war, carrying them off to lands untouched by the ravages of bombs and bullets.

To tell you all about it, we decided to hand over the mic to Nick Brooks, the secretary-general of ALLRail, the Alliance of Passenger Rail New Entrants, which has been looking at what those companies have achieved over the past week or so.

“For more than a week, Russia’s armed aggression against Ukraine has continued unabated. Despite the resistance of the Ukrainian armed forces and population, whose efforts are supported by major sanctions targeting President Vladimir Putin, his entourage and the Russian economy, the conflict is having worrying humanitarian consequences for the Ukrainian population.

Indeed, the United Nations High Commissioner for Refugees stated on 3 March that more than one million refugees have fled Ukraine to other European countries. Moreover, the UN agency estimates that this number could reach four million in the near future. On the other hand, the Russian attacks have damaged the Ukrainian supply chain, which could lead to a shortage of essential goods.

Nevertheless, Ukraine is not alone. It can count on strong European support. As soon as the first news of the Russian aggression arrived, an unprecedented wave of solidarity for Ukraine and the Ukrainians was born. Many governments, companies, civil organisations and individuals have pledged and provided material, financial, humanitarian and moral support. However, due to the shutdown of the Ukrainian airspace, delivering this support and evacuating refugees could only be done by land. This led to several commendable initiatives by European railway companies, both private and public.

Firstly, the Czech private company RegioJet has set up a humanitarian rail bridge in partnership with the Ukrainian railway company Ukrzaliznytsia, the Czech charity Člověk v tísni ("people in need" in Czech) and the rail freight companies ČD Cargo and Rail Cargo Group. The bridge consists in a daily night train with ten cargo cars carrying humanitarian aid and ten sleeping cars to transport people fleeing Ukraine. The night train runs from Prague in the Czech Republic to Przemysl on the Polish-Ukrainian border. From there, Ukrzaliznytsia takes care of transporting humanitarian aid to Ukrainian cities on the one hand, and refugees travelling in the opposite direction on the other. The latter receive free transport as well as food and drinks on board. The first of these trains left Prague for Przemysl on 1 March.

For its part, the Polish public company PKP Intercity also organises rail bridges to the border town of Przemysl. Its trains are equipped to receive the wounded and to transport humanitarian supplies (food, medicine and blankets). PKP Intercity is also responsible for organising the reception, transit, transfer and arrival of various solidarity initiatives throughout the Polish network and on the border with Ukraine. Finally, PKP Intercity has equipped its stations to receive and distribute food for Ukrainian refugees.

The Czech state-owned company ČD has also set up a humanitarian railway bridge between various Czech cities and Przemysl.

In addition, Flixbus – FlixTrain’s sister company that offers bus services – has expanded its free bus service for refugees from the Polish-Ukrainian border.

Finally, there is still a need to gather information about this huge and unprecedented outpouring of solidarity for refugees fleeing the conflict in Ukraine in an organised and accessible way. In this regard, the online ticket vendor Omio has created a multilingual webpage dedicated to centralising and updating information on transport options available to people fleeing Ukraine.

All these public and private initiatives show not only the existence of European solidarity, but also its strength. We all hope that this support will bring some comfort to the people suffering from the conflict, but we hope even more that this senseless conflict will end as soon as possible.”

The restaurant car that changed the course of history

Hubris. Six letters that the ancients used to denote a red line that shouldn’t be crossed – unless they wanted to risk angering the Gods. Today hubris corresponds to what you might describe as human folly, a mix of pride and excess that can lead to violent and often outrageous behaviour beyond all imagination.

Not just something that gets you from A to B

Albane Godard is the director-general of the Fondation GoodPlanet, created by photographer Yann Arthus-Bertrand. The mission of this foundation is to raise awareness of ecology and the environment, and Albane Godard without a doubt is the person to do just that.

Seven. It’s a magic number that’s no doubt cropped up in innumerable stories since we were kids, and so it’s perhaps not by chance that it’s also the number of stations from which it is possible to leave Paris for further afield.