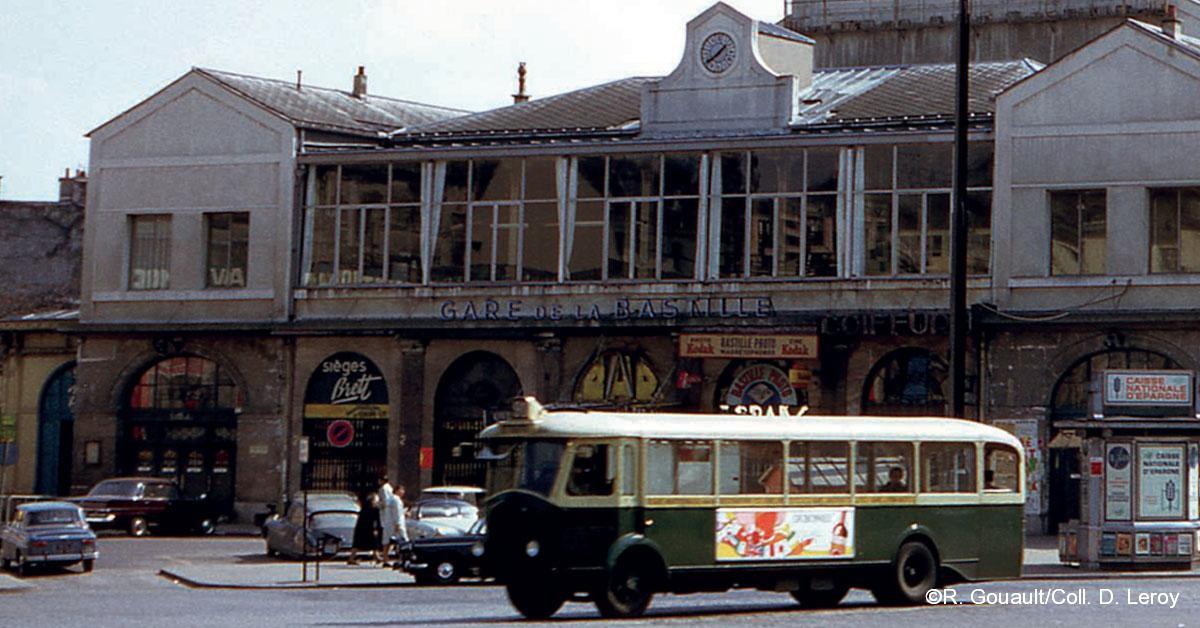 The City of Light has had a lot in its time

Seven. It’s a magic number that’s no doubt cropped up in innumerable stories since we were kids, and so it’s perhaps not by chance that it’s also the number of stations from which it is possible to leave Paris for further afield. These seven stations are those which Midnight Trains will use as its first railway hub: the Gare du Nord, the Gare de l’Est, the Gare de Lyon, the Gare d’Austerlitz, the Gare de Bercy, the Gare Montparnasse and the Gare Saint-Lazare.

Each of them has its own batch of destinations, each its own unique language, a product of its history and architecture. There are seven of them, and yet there could have been more: this week, we’re telling you the story of these Parisian stations that never saw the light of day or have simply been forgotten.

The nineteenth century marked the start of the golden age of rail. While the tracks stretched further and further into the distance, operators wanted them to start as close as possible to the centre of cities, both to make life easier for travellers, and to ensure freight goods to be transported swiftly and efficiently. In Paris, this was easier said than done: there wasn’t enough space to create station buildings big enough and Haussmann had yet to start his major infrastructure projects that would give the City of Light a whole new look. And while it had been decided that railway lines departing from Paris would be built in 1832, locals weren’t necessarily as open to the idea as you might think.

At the time, the locomotive was still the object of fear: many saw in her a monster of untameable progress and the explosion of stations in the urban landscape would be seen as a blight on Paris. Some even spoke of an ‘Americanisation of the French capital’. Back in those days, the Société Nationale des Chemins de Fer Français (SNCF) was far from being a reality, too.

The state in fact delegated management of the train network to private firms and, when it came to trains departing Paris, there were six in charge of six respective destination regions: Paris to Orléans (1838), the North (1845), the East (1845), the Midi (1852), the West (1855) and Paris to Lyon and the Mediterranean (1857). Evidently, as competitors, each company wanted its own station, too.

And by God, their plans were ambitious. Take the example of the Pereire brothers: key entrepreneurs during France’s industrial revolution. They dreamed of a huge, unique train station – all routes leading to one big railway hub in the capital – and wanted to build it in the Madeleine neighbourhood of central Paris. This seemed like an obvious choice, on account of its location. And given all the existing surrounding architecture, the plan was to build huge, six-metre-high viaducts to bring the trains into the city.

These days it sounds a little far-fetched, but King Louis-Philippe gave the project the go-ahead in 1837. This monumental station really could have changed the face of central Paris… if locals hadn’t kicked up a fuss. Concerned the trains would pollute those who lived nearby, such was the outrage that the Pereire brothers were forced to chuck in the towel. But while there was no Gare de la Madeleine, that wouldn’t stop the development of another station, not far from there, a few years later: the Gare Saint-Lazare.

Another far-fetched and grandiose idea came about for a Gare du Trocadéro. It all started in 1878, when after decades of private railways firms, the State’s Administration des Chemins de fer was born. As time wore on the national authorities were determined to show that they could do better than the private firms. What they needed was a symbol: on the very spot where the gardens of the Palais du Trocadéro are currently located, they envisioned building a station from which trains would leave for the Vendée and Charentes regions. As it turned out, they had to revise their ambitions and it was from the Gare Montparnasse, managed by the Compagnie de l’Ouest, that these trains departed.

The Gare de la Bastille, on the other hand, did come to fruition. Some of you may well remember trains leaving this iconic square right up until 1969. A century earlier, the station was inaugurated in the presence of Napoleon III no less, and was the work of the Compagnie de l’Est. Where the Pereire brothers hadn’t had any success, this firm was able to built a viaduct to allow its trains to travel into the capital (the one that’s become today’s Coulée Verte, so rized by Parisians). It would take several years for the station to fade from memory: it wasn’t until 1984 that it was destroyed to make way for the Opéra-Bastille.

As ambitious and far-fetched as these plans were, these stillborn (or long-dead) stations are the phantoms of a Paris whose horizons have been greatly expanded by the train. Their history bears witness to what the city decided to become (or not to become) in the light of progress and the opportunities provided by the railways. Next week, we’ll be telling you more about the Musée d’Orsay, because before it was home to masterpieces like L’Origine du Monde, it was of course a magnificent Seine-side train station.