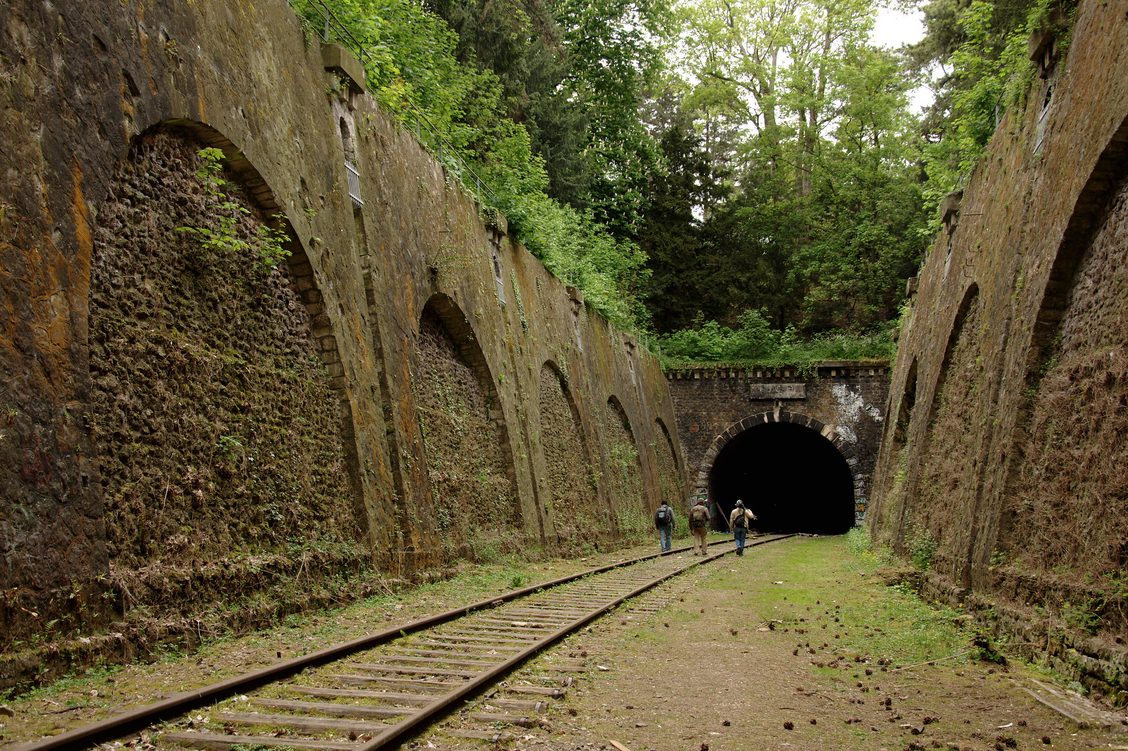 When we founded Midnight Trains, we had to choose one city that would be our HQ – a base for a night train network that would connect Europe’s greatest metropolises. Paris was an obvious contender: it’s one of the world’s most visited cities, after all, and the place many international visitors to Europe step foot in first. Our choice of railway hub was all but confirmed.

And it won’t be the first time, of course, that the City of Light has been criss-crossed with railway lines. The relationship between the French capital and the train is almost as old as the first railway lines. And in fact, very early on, the city set up its own internal train network that still breathes life into the city today – even if it doesn’t have its original function. This network is quaintly called the Petite Ceinture (‘little belt’), which as it happens, doesn’t encircle the city at all.

In 1852, the first trains started running along its tracks. At the time, as you’ll know from previous editions of Midnight Weekly, the railways were really taking off and, in the eyes of world leaders, offered a solution to all manner of logistical and development issues that had been holding their countries back.

In less than half a century, the population of Paris had doubled, by this point reaching more than a million, which was a huge number for the time. There were a lot of mouths to feed, in other words, and previous delivery methods (horse-drawn carriages) weren’t quite up to the job. This was also a time dominated by war, and Paris had had its military capacity greatly reinforced; the city needed a great deal of infrastructure in order to survive a potential siege. One indispensable component of this was a circular transport network that linked up all sides of the capital.

Add to that the need to reinvigorate the country’s economy, and the picture is complete. Without further ado, the Petite Ceinture was included on the list of important national works which required hiring a huge workforce, and 32 kilometres of railway lines were built to around the perimeter of Paris, first to allow supplies of all types to be transported across the city. And soon passenger trains would be running along the same tracks too.

During the weeks workers used it to get into the centre of town, while on weekends the Parisian bourgeoisie travelled out to the city’s big suburban parks. It was the precursor of the Metro, and it was a huge success. And it reached its peak while several world expositions took place in Paris at the end of the nineteenth century: in 1900, 39 million passengers were transported thanks to this unprecedented railway network.

The golden era of the Petite Ceinture wouldn’t last. As Paris began to develop its Metro lines, it began to lose its aura: with a meagre seven million passengers recorded in 1933, the decision was made the following year to return to the network to freight usage only. But that wouldn’t last either: from 1990, no train would run along the route again.

But that by no means meant the death of the Petite Ceinture. Around the same time, one section of the network, near the Gare de Lyon, was given a new lease of life. Central Paris had a dearth of decent green spaces, and Jacques Chirac, then the city’s mayor, recruited a team of architects and landscapers to transform one part of the line into a whole new kind of park.

After the trains had stopped, the Coulée Verte was the first project to make the most of the Petite Ceinture’s monumental size, and today the park still offers one of the most beautiful promenades you can have in the centre of town. Several years later, it also inspired New York to follow suit: the Big Apple would also repurpose one of its inner-city lines to create the world-famous High-Line.

And the Petite Ceinture continues to breathe life into the French capital. Where before there were functioning rail lines, today projects like the Coulée Verte have proliferated. Several former stations have been transformed into cultural venues like Hasard Ludique and La Recyclerie. Meanwhile, other spaces dedicated to urban farming, like Les Jardins du Ruisseau and La Ferme du Rail, have also popped up on the tracks. So even if the trains aren’t running any longer, the network continues to bring Parisians together – in one way or another.

The nineteenth century was the period when the railways really got going. Politics, economics and a general ambition to spread influence all over the continent – all combined to accelerate technological progress and led to the development of rail lines across Europe.