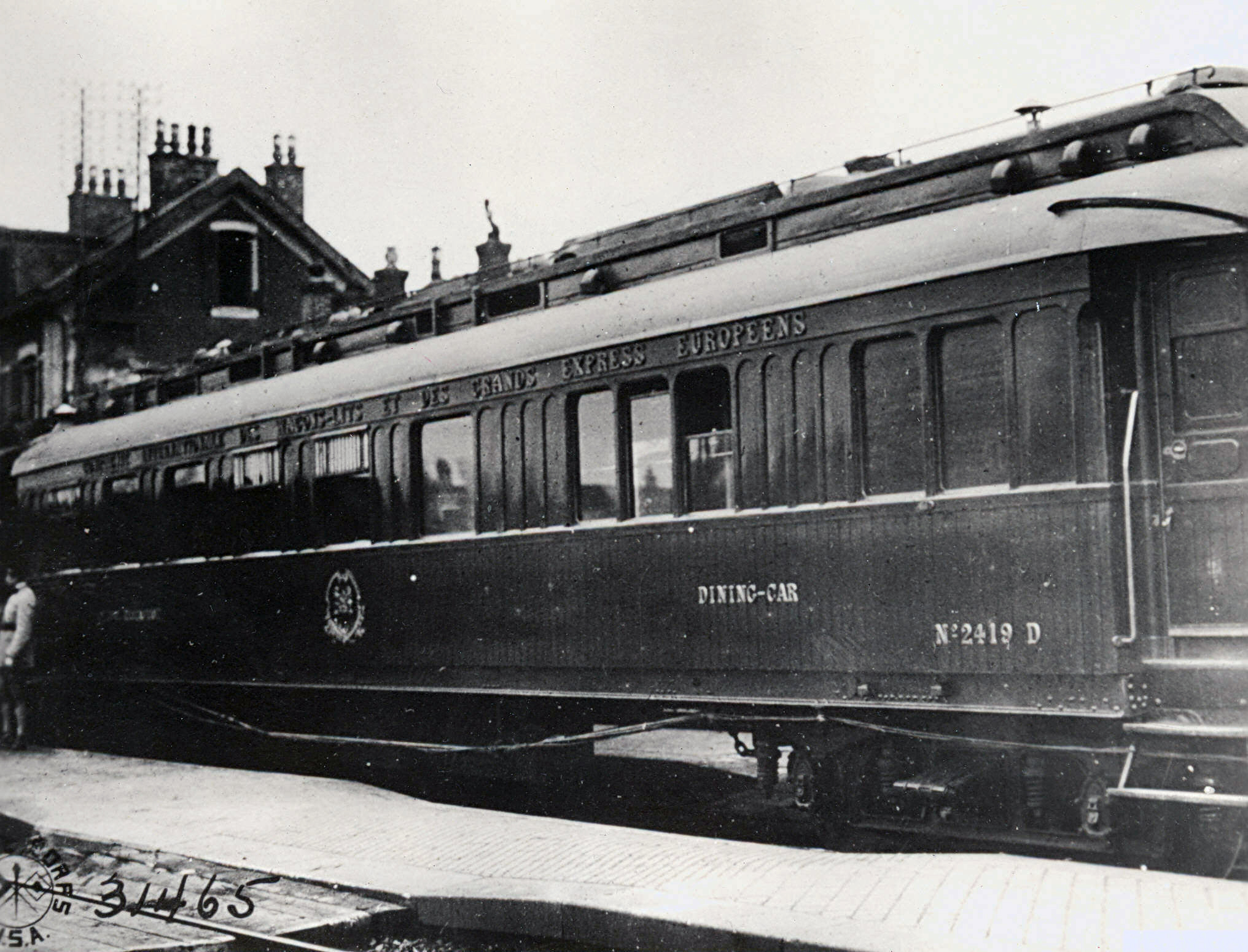 The restaurant car that changed the course of history

Hubris. Six letters that the ancients used to denote a red line that shouldn’t be crossed – unless they wanted to risk angering the Gods. Today hubris corresponds to what you might describe as human folly, a mix of pride and excess that can lead to violent and often outrageous behaviour beyond all imagination. A few days away from the commemoration of the armistice that ended the First World War, it’s a word we’d do well to remember.

The twentieth century was unfortunately riven by this quality and, as we’ve had made a habit of doing recently, in this part of the newsletter we’re going to travel back in time and hop aboard the restaurant-carriage of the Compagnie Internationale des Wagons-Lits (CIWL, the firm behind the Orient-Express and the Train Bleu). This train found itself despite itself at the heart of one particular turning point in the First World War.

A year before the end of the war, the fast-expanding CIWL makes an order for two new series of restaurant-carriages. And no expense was spared: the chosen materials were among the highest-quality out there – think mahogany furnishings and all. Among them was the carriage known by the ID number 2419D, which was still running on commercial lines between 1914 and 1918.

But its entire function changed completely in September 1918, when it was requisitioned by the French state to be turned into the mobile office of Maréchal Foch, the Allies’ commander-in-chief. The carriage was shifted around a bit so it would suit the general’s needs: it was equipped with a telephone and telegraph, while a large table was also installed in the middle. This was soon to become the site of the negotiations that brought the carnage to an end.

In October, the German rulers signalled their willingness to start negotiations with the Allies. After a series of talks, a big meeting takes place in a forest of Compiègne to the north of France, which is chosen owing to its good train connections. On November 7, at the end of the day, Maréchal Foch’s train arrives; the German train follows the next day. On November 8 at 8am, the French and English took one side of the 2419D table and the Germans the other. The armistice would be signed two days later, on November 11.

Later in 1919, 2419D underwent the luxury revamp that was initially planned – much to the delight of its well-off patrons. The historic events it had previously played host to were quickly forgotten. But not for long. Many projects are mooted to divert the train from its return to normality: the CIWL proposes to exhibit the carriage around the world, there’s a suggestion it might become the restaurant-carriage of the French president’s official train service… in the end, neither of those two scenarios play out. 2419D was in fact restored to the exact state it was in on the day of the armistice, then exhibited at the Invalides in Paris in 1921, in advance of the creation of a Museum of War.

As the years went by, 2419D started to deteriorate in the open air: it had begun to lose its colour on the exterior, while dust had piled up on the inside too. Funny way to treat such a heroic spot. The global press was scandalised and thanks to a generous donation from Arthur Henry Fleming, it was returned to Compiègne, where it wouldn’t leave a specially-created Armistice Museum. Until 1940, when hubris would throw Europe into turmoil once again.

When the Germans’ blitzkrieg tactics had given them a fleeting victory, Adolf Hitler decided to take his revenge on France by humiliating it. He demanded that the armistice be signed in the same conditions as the 1918 truce. One section of wall in the museum at Compiègne is opened up to allow the 2419D carriage to be removed and placed on the rails again. Once the armistice was signed, Hitler didn’t stop there: the museum was blown up and the site of the signing was razed. 2419D was driven off to Germany, where it was exhibited in various different stations before arriving in Berlin. Here it was placed for all to see in front of the Brandenburg Gate. Pride and excess, like we say.

But of course, that wouldn’t be the case for long. While Berlin was bombarded at the end of 1944, it was moved to an annex of Buchenwald camp. And that’s nearly the end of its lengthy journey through the whims of human folly: in April 1945, it was destroyed in a fire (of which the cause is not clear). Only its chassis remained, and was used to transport goods in East Germany right up until 1974, when it was definitively dismantled.

A few smaller parts do still survive, like a fragment of the company coat of arms and two access ramps, which are today exhibited in a museum in Rethondes, not far from the Compiègne forest. That’s where you’ll also be able to see 2439D, a close relative of 2419D, which was donated by CIWL as a commemorative replica – and a gesture of hope that such overwhelming hubris would stay confined to the history books.