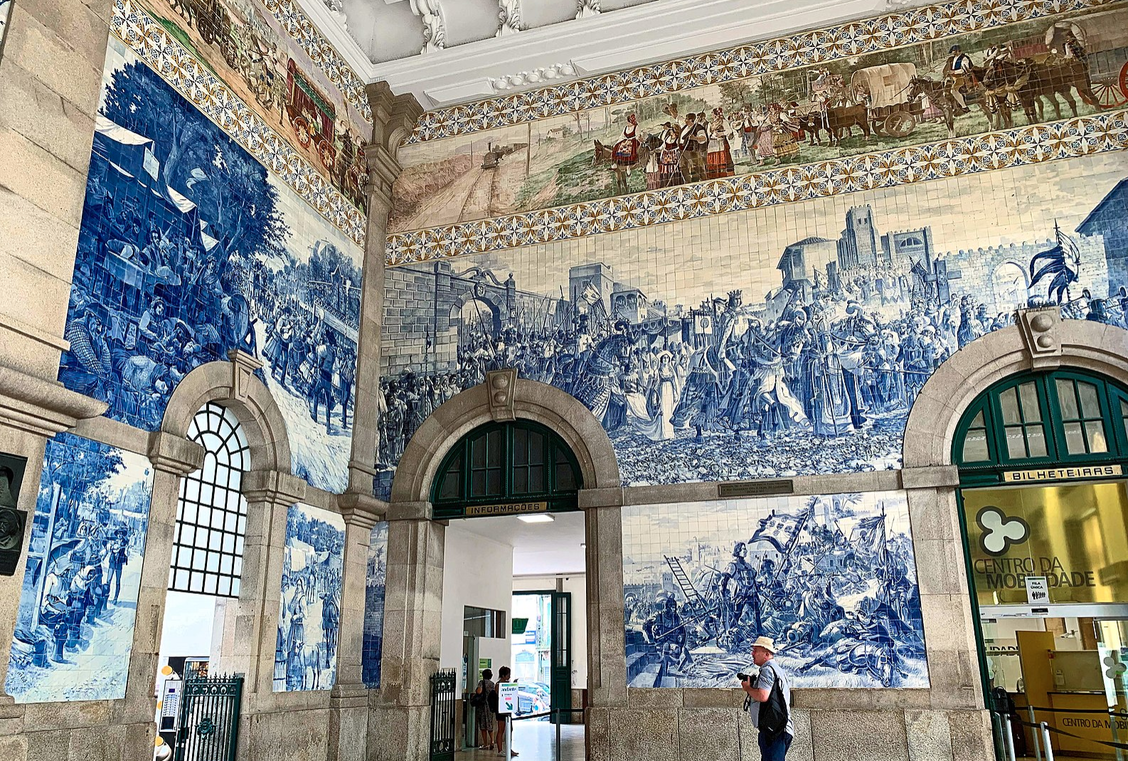 A portal into an extraordinary world

Before exploring one of the most beautiful Celtic nations in the world, we’ll be kicking off this edition of Midnight Weekly in a train station much further south – Porto’s São Bento. And we’ll say this straight off the bat: this is one of the most beautiful stations in the world. Why? Quite simply, it’s the perfect example of what every station should be.

Porto’s station really is a monument, and it sums up the spirit and identity of the city. The main concourse is a true architectural marvel, plastered as it is in dazzling blue and white azulejos, with frescoes reproducing scenes from the city’s history. As soon as you arrive in Porto, you get a mighty reception, and you could quite happily spend a little while just mooching around this stunning room.

As for the place’s history, the architect of this one-of-a-kind station was so determined to ace his masterpiece that he forgot to leave room for ticket booths. It’d be difficult to blame him, for he had understood how a station must be more than just the corridor through which you enter and exit a city.

And what if all our stations were to take a little more inspiration from Porto? Every train station should have as its aim to act as the extraordinary start and end of a journey – one you’ll be recounting to all your friends as soon as you return home. It’s a gateway, a portal into a world distant from your own.

At a time when many of us are about to return from our holidays – or indeed head off on a much-needed break – let’s focus a little on what a station can contribute to a trip away. Several of them have much to offer: in Paris, for example, you’ll want to look up above the ticket booths at the Gare de Lyon to discover a fresco that’s almost faded with the comings-and-goings of passengers. Its subject? The wide array of regions the station serves.

However, not every station has the ability to blow you away like that, particularly the more recent ones. While planes have superseded trains for long trips for a great number of us, railway architecture has in fact lost its mojo a little, with several examples imitating the coldness and impersonality that characterises airports across the world. They should be places where the full gamut of human life is on show, but stations have increasingly evolved into bland spaces intended just for people to pass through. A case in point would be all the stations that have been built to welcome TGV trains in France.

While the great advantage of the train has always been to allow people to arrive directly in the heart of a city, a number of these stations have been created from scratch pretty much in the middle of nowhere, like the Aix-en-Provence TGV or Meuse-TGV. However far away they are from each other, these new stations invariably look similar, and that applies to their architecture, their selection of shops and their total lack of local authenticity. Frankly, that makes most people want to leave the station as quickly as possible, even if they had gone in previously wanting to prolong their stay.

Rest assured – this won’t be the case when we welcome you on-board our services from Porto to Paris. Our primary concern, in fact, will be to make sure we don’t leave any of you behind. It’d be all too easy, after all, to forget what time it is while taking in the beauty of the station you’re departing from.