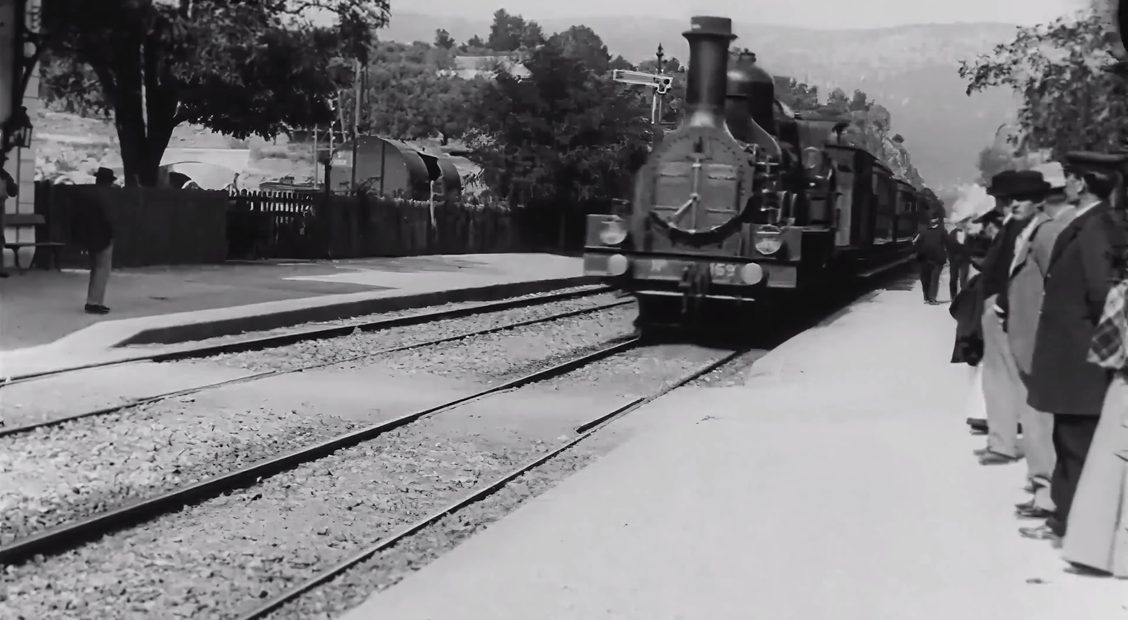 How one train changed the course of cinematic history

What could be mistaken for a recent summer scene actually took place in 1895 on a platform at the station in La Ciotat, not far from Marseille. The travellers’ clothes are precisely the sort of flashy garbs you’d expect to see the bonne société of the time wearing. And while the majority of passengers at the windows patiently await the departure of the train, many others appear to be intrigued by some sort of object the viewer can’t see.

And what is it? A camera, wielded by Louis Lumière, in the midst of directing the world’s very first movie. Those onlookers have good reason to look inquisitive: this is the guy, who alongside his brother Auguste, pretty much invented cinema with this 50-second-long film. And it’s the train that’s undeniably the movie’s hero.

The Arrival of a Train both became a mythical film itself and played a big role in creating a mythology around the emerging rail sector. At that time, not many people had been on a train and this new mode of transport was still a concern to some. As proved by the premiere of Louis Lumière’s film...

On January 24 1986, in Lyon, the hometown of the Lumière brothers, this silent movie got its first public screening. The spectators took their seats and were plunged into darkness. Seen from above, the provençal platform seems quiet at first, but then the public sees the locomotive steam slowly into view. Fear grips the audience. So does a bizarre sense of vertigo. There may be no sound in the film, but the viewers’ fearful shouts make for a pretty original soundtrack, especially as they run towards the exit of the room.

The German magazine Der Spiegel described the premiere with the following words: ‘this short film had a particularly lasting impact on its audience; it struck fear, terror and even panic into the crowds.’ So it was perhaps no surprise that the ticket offices were closed before any further screenings could be put on. Photographer by trade, Louis Lumière was an expert in capturing a depth of vision which created a sense of foreboding that sort of made The Arrival of a Train the world’s first-ever horror film.

Get an idea of his style yourself by checking out the film, now on YouTube, in reworked HD form. Better still, discover another version that would have terrified 1896’s viewers even more so: this video by director Patrice Leconte who stood in a similar position at La Ciotat station and filmed a TGV passing through in 1995.