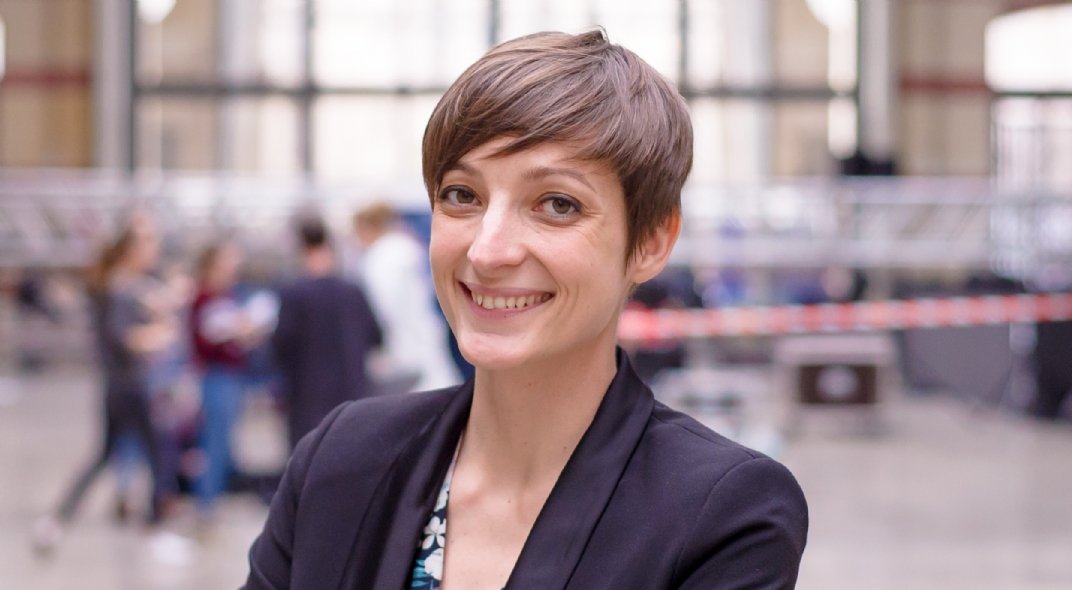 Not just something that gets you from A to B

Climb on board with Albane Godard, director-general of the GoodPlanet Foundation

Let’s leave Jean Cocteau’s poetry on the platform and take some time to listen to a woman currently leading the fight against the climate crisis. As of last September, Albane Godard has been director-general of the Fondation GoodPlanet, created by photographer Yann Arthus-Bertrand. The mission of this foundation is to raise awareness of ecology and the environment, and Albane Godard without a doubt is the person to do just that.

A specialist in cities, mobility, energy and the food industry, Albane Godard is no newbie. It’s her to whom we owe the success of Urban Lab in Paris, a place where some of the City of Light’s most cutting-edge innovators are currently at work. And you know what? It so happens that she’s also a big fan of night trains, so we asked her to share her vision and describe why she’s so passionate about what she does. Albane, over to you!

Figures, storms, heatwaves won’t suffice. Instead, I’m going to speak to you about happiness: I’m going to tell you why I chose the train.

But then, my conscience sharpened. I decided to cut back on my plane use and opt for trains instead. A Paris-Glasgow to start. Eight short hours to get across the Channel and travel up through the English and Scottish countryside.

Then a Paris-Berlin and a Paris-Rome, both mythical night train routes… there are few pleasures greater than falling asleep in one city only to wake up in another. Leaving the Hauptbahnhof or Termini, sitting down at a café and letting yourself get swept up in the effervescence of a new place, itself only just arising from slumber. Oh, but why have these trains disappeared?

Then Zurich-Vienna, a total marvel: the train takes you through a succession of postcards; crossing the Austrian alps on the side of a cliff, nose pressed up against the window, really does make you appreciate the beauty of the natural world. You want it to go on for ever.

What had started as a constraint (not taking planes) quickly became a pleasure and the train an essential ally in my ecological awakening. It helped me understand that the journey can be just as interesting as the destination. It helped me appreciate the importance of slowness, something that allows you to reset, to leave at the platform your usual routine and open up to new possibilities; allows you to do away with the tourist persona and become a traveller instead.

It showed me how body and mind adapt better to progressive changes, like they like to contemplate landscapes that transform, bell towers becoming rounder, plains becoming mountains. They like to feel the climate is evolving slowly, just as they cling to their food, language and habits. Just like they like to be transported by the steady, reassuring mode that is the train, with its slowly evolving landscapes visible through the windows.

It’s taught me history, geopolitics, sociology; lessons in otherness, magic, life. I found myself, one day, in a carriage suspended in mid-air in Brest (the other Brest, on the border between Poland and Belarus), in order to change the bogies, the railways between Europe and USSR being quite different so as to avoid all-too-rapid invasions. I crossed, without really noticing it, four separate time zones between Moscow and Kraznoyarsk, within the mind-blowing theatre of the third-class wagon of the Trans-Siberian. Sixty hours’ observation of life in all its forms, the constant bustle around the wagon-samovar and babushkas selling doughnuts on the platforms.

Stretching out for 24 hours on the majestic Baikal-Amur and starting to better understand the works of Svetlana Alexievich. Travelling through China, first on the hard seat of a provincial service packed with travellers, then on the ultra-modern comfort of the CRH (China Railway High-Speed), and seeing the country itself transform before your eyes. Spending a day on the wooden bench of an old British train in the middle of the Burmese jungle, traversing tunnels cut into the vegetation, and spending hours in the station of the Zig-Zag Reverse waiting for the daily train that passes in the other direction on this unique railway. Being fascinated. Getting a sense of distances, understanding what separates us, identifying true frontiers.

The train isn’t something that allows you to get from A to B; it’s a bubble, a boudoir, a part of a journey, a slice of adventure, the first verses of the poetry of departure.’