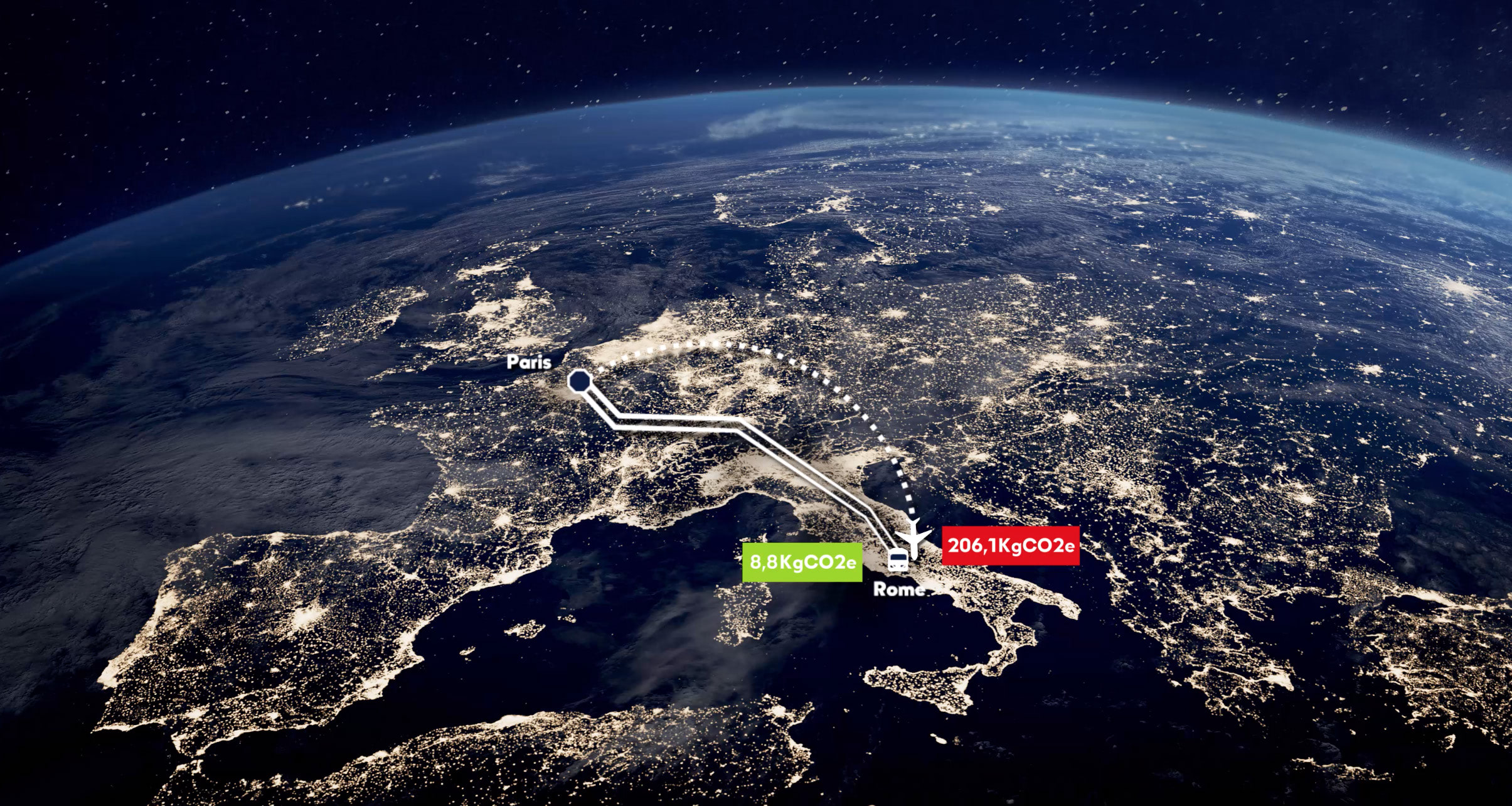 When we decided to found Midnight Trains, with the goal of linking Paris up with other major European metropolises, the idea was simple: allow you to travel on our ‘hotels on rails’ and experience a form of travel that’s at once comfortable and sustainable. If you’re looking to make sure you travel in a ‘low carbon’ way in future, our trains offer the ideal solution: by choosing us, you’ll be opting for a method of transport that’s clean and respectful of our planet.

Global warming has been on the agenda since scientists started to raise the alarm in the 1970s. Its effects became clearer from year to year, and a real international awakening took some time. But in 2015 the Paris Agreement finally showed countries had found some consensus around the issue. However, there’s still so much left to do, and that’s why world leaders are currently gathered in Glasgow to hash out new deals at the COP 26 summit.

This week in Midnight Weekly, we’re going to be running you through the impact of the transport sector on greenhouse gas emissions, to better understand how each one of us can adopt behaviours that’ll help the planet survive the climate crisis.

Let’s start with the stats. Globally, the transport sector is responsible for 24.4 percent of greenhouse gas emissions – that is, nearly a quarter of the total. With 13.41 gigatonnes of CO2 emitted in 2016, according to the International Energy Agency, transport is the second biggest contributor of greenhouse gases, behind energy and electricity production. It goes without saying that those figures are massive.

That’s the global picture. And when you look more closely at the French stats, you’ll find road traffic was responsible for 80 percent of emissions within the sector, followed by planes (14 percent), trains (2 percent) and shipping (0.4 percent) – in 2015 at least. Cars make up 61 percent of the road traffic emissions, followed by light commercial vehicles (20 percent), vans (14 percent), buses and coaches (4 percent) and motorbikes (1.5 percent). It seems pretty clear: the way we choose to get around in future will have a big impact on our lives, both individually and collectively.

We’re aiming to help you do your bit for the planet at Midnight Trains. For example, if 300 passengers were to climb aboard one of our trains between Paris and Rome, rather than fly, 59.2 fewer tonnes of CO2 will have been pumped into the atmosphere. In terms of emissions, one flight between the two cities is equivalent to 23 of our train journeys.

Our first train will launch in 2024 and between now and then, there are plenty of other ways you can change the way you travel to reduce your impact on the environment, whether it’s a short, medium or long-haul journey. France’s Environment and Energy Management Agency (ADEME) has launched a very handy comparison tool to measure the precise impact of our transport choices: on the basis of the distance you’re thinking about travelling, you’ll be able to compare how much carbon each method of transport will produce.

There are a load of other great initiatives currently underway. Take Bon Voyage, an app that will soon help you find spectacular holiday locations near you, with the aim of helping you find decent alternatives to long-haul destinations that would require jumping on a plane. No plane, no pain, you might say.

In forthcoming editions of Midnight Weekly, we’ll continue to lay out the impact of transport on the climate. Don’t hesitate to ask us any questions – we’ll make sure to answer them all.