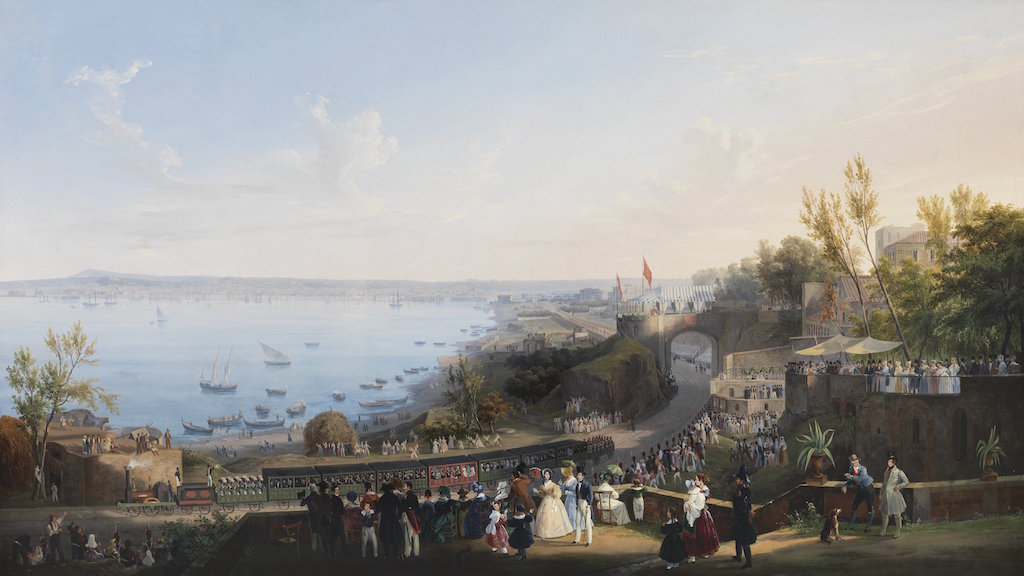 When Italy got in on the railway act

Whoever came up with this madcap idea?

In 2024, we’ll welcome you on board our first ‘hotels on rails’ and hope first of all to connect Paris with southern Europe: Italy and Spain are two countries we’re focusing on right now. Having already told you how Spain very much opted to do its own thing when it came to trains, now we’ll be telling you about how the Italians initially got in on the railway act.

In the 1830s, the heads of state of the various territories that made up the Italian peninsula started to show interest in the promise offered by the railways. At that time, Italy as we know it now didn’t exist: Garibaldi, Cavour and Verdi had not yet left their mark, and Italian unification would only take place in 1861.

The various kingdoms that coexisted on the Italian boot chopped and changed a lot over the years, with new alliances and wars cropping up seemingly every year. One day, a king aged just 20 ascended to the throne of the Kingdom of the Two Sicilies, whose territory encompassed the current regions of Abruzzo, Basilicata, Calabria, Campania, Molise, Puglia and Sicily, as well as a huge swathe of Latium. Ferdinand II found himself leading a rather large nation, and was soon to run into difficulty when it came to consolidating his territory (both politically and economically).

Without losing any time, the sovereign thus decided to kickstart the industrialisation of his kingdom, and this being the nineteenth century, he inevitably turned to the railways. In June 1836, he gave the go-ahead for the construction of the first railway on the Italian peninsula: the concession was given to the Frenchman Paul-Armand Bayard de La Vingtrie and his company to start work on the connection between the cities of Naples and Nocera Inferiore. The first Italian train would be 36km long, and largely run along this volcanic stretch of Mediterranean coast.

While that may seem like a rather modest line, it still speaks volumes about the industrial ambitions of Ferdinand II. The King of the Two Sicilies had understanded an essential aspect of the railway sector: it would bring brilliant economic opportunities to his territory.

Off the back of this first railway, an entire industry sprung up throughout the kingdom: as well as the railways themselves, a locomotive factory was soon built in Pietrarsa in Campania, while the steelmaking industry (indispensable for the railways, evidently) laid down roots in calabria. Those developments would make him incredibly popular with his people, who suddenly found they had many more opportunities to earn a living.

October 3 1839 was the big day. Well, sort of. The inauguration of the line took place, even while it was far from having been finished: Naples station hadn’t yet been built, and the tracks would only allow people to get from Naples to Portici (around 7km in total). But Portici wasn’t just any old town: that’s where the royal palace was located. Handy, eh?

That day, the entire royal family (and entourage) were ready to embark, and various works by painter Salvatore Fergola immortalise that moment. And the journey itself? It turned out to be a marvellous success. The locomotive and its nine carriages made the trip without the least trouble. And Ferdinand II used the occasion to lay out his other ambitions as monarch in a speech:

‘This railway will no doubt be beneficial for trade, and considering how useful this new route will be to my people, I’m all the happier that it will soon run all the way to Nocera and Castellammare, and after that all the way to Avellino and the Adriatic Sea.’

Already, the King was dreaming bigger. And his people were, too. In just under a month, a whopping 85,759 passengers had travelled on Italy’s first train line. Russia’s Tsar, who didn’t want to be left behind when it came to the railway boom, decided to travel all the way to Naples to observe the developments first hand. Soon the Kingdom of Piedmont-Sardinia would itself order several locomotives from the Kingdom of the Two Sicilies. What all those Italian kings didn’t realise at the time was that when their dominions no longer existed, the railways would in fact help consolidate their new, united country.