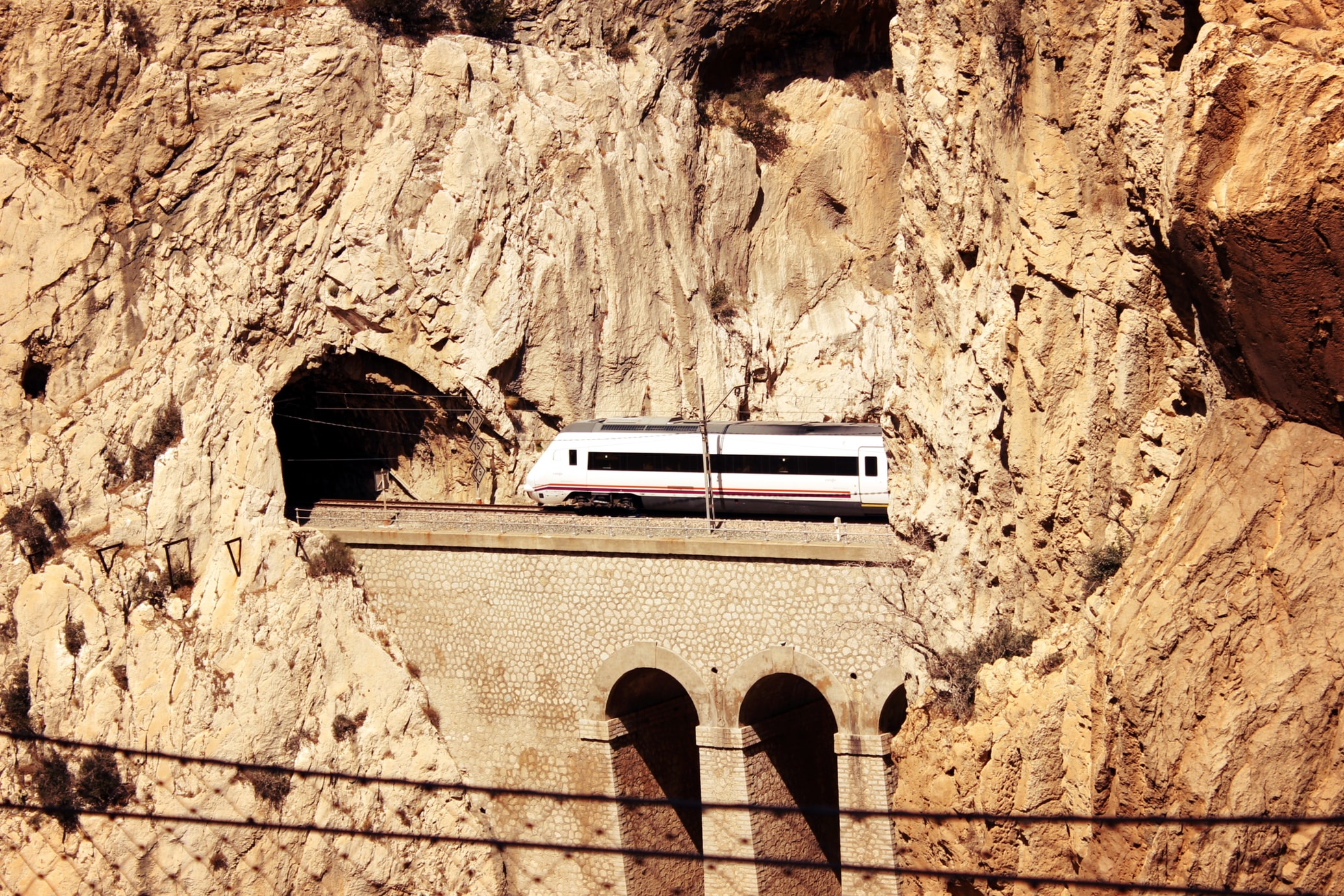 We’re kicking off this edition with a pretty bizarre tale. In previous weeks, we’ve explained how, over the course of the nineteenth century, the railways helped join up territories – opening up new worlds for people who rarely travelled outside of their hometowns.

With the industrial revolution in full swing, nations saw in the railways a means to boost their economies. England was the pioneer, and several other European countries made trains a priority, too, whether to assert their independence, like Belgium, or to link up disparate territories, like Russia.

National ambitions defined this initial railway boom. The logical consequence of this was that the big rail industrialists didn’t make the most of the potential for international rail routes.

And the logical consequence of that was that railway gauges were of differing lengths in each territory. Two centuries on, that still remains the case. As crazy as it might seem, they differ all over Europe: while the standard is generally 1.435m, it’s 1.668m in Spain and Portugal, and 1.52m in Russia (and most nations that formed part of the Russian Empire).

Let’s zoom in on Spain. According to myth, the Spanish wanted to set themselves apart from the rest of Europe for one main reason: Napoleon. The French leader was in the midst of his expansionist fervour, intending to grow his empire ever further. Spain had been no exception – it took a war of independence in 1813 for the country to send the French packing.

Thirty years later, so the story goes, the Spanish opted for an unusual gauge width so as to prevent another invasion from the north. This legend has proved useful for nationalists of all stripes over the years, and it perseveres today.

But unfortunately, there’s little truth behind the story. It suffices to look at which cities were first linked up by the rails in Spain. The first was a 28km line between Barcelona and Mataró (today part of the city’s sprawl), built in 1843, and then another 45km line between Madrid and Aranjuez. That makes the invasion myth pretty unlikely, as both are pretty far from the French border.

But the thing that really puts paid to the myth is a report by a group of train experts from 1844. Among their conclusions? When it came to developing the railways in Spain, a very mountainous territory, it would be necessary to use locomotives that were sufficiently large to climb those slopes. And that was that. The Spanish leaders listened, and wide-gauge trains were ordered.

The country has had to live with the consequences of that decision ever since. However, more recent developments have made connections with other countries simpler and easier. In the 1980s, the government of Felipe Gonzalez didn’t make the same mistake as the early rail pioneers when the first LGV lines (the cousins of the French TGV) were built. The LGV network is Europe’s biggest (at 3,240 kilometres), and crucially, it uses the standard European gauge width, thus facilitating cross-border connections. And who knows? Perhaps our very own hotels on rails could be using those routes in years to come.