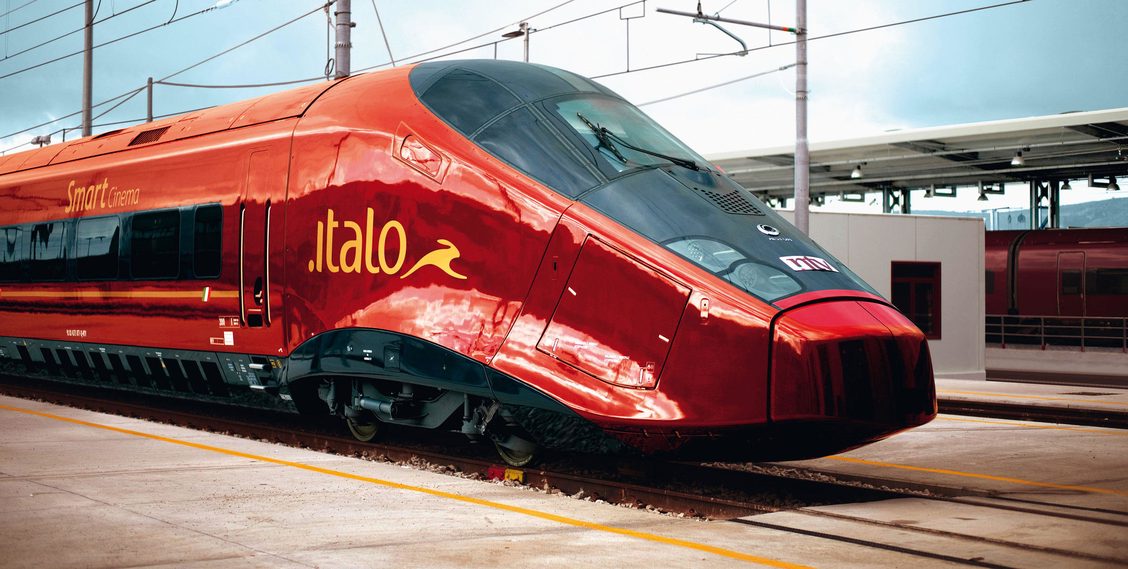 Trains get the Italian treatment

Slow and steady wins the race

We’re getting closer to our arrival in Milan, and so what better way in than to climb aboard another train – one of those run by the company Italo. This private railway firm was created by four major industrialists in 2006, and was the first business in Europe to specialise in high-speed rail travel.

When Luca Cordero di Montezemolo, Diego Della Valle, Gianni Punzo and Giuseppe Sciarrone threw themselves into this venture, the national rail company Trenitalia didn’t approve, thinking it might lose some of its business. However, they had no reason to fear this newcomer. In its 15 years of existence, Italo’s innovative offering has in fact convinced many, many travellers to give up flying in favour of taking the train, thereby vastly increasing the size of the railway market in Italy. But how did they do it?

Italo’s success really comes down to its method: in the rail sector, it’s fair to say that slow and steady wins the race, even when it comes to high-speed trains. It actually wasn’t until 2012, six years after the company was founded, that the first of the company’s new-age services started running between Bologna and Naples. In the interim period, the Italo team had painstakingly come up with an offering as disruptive as it was in tune with travellers’ expectations, aiming to redefine the standards of comfort you might expect on Italian trains.

Aboard its trademark red carriages, the company welcomes travellers in three different classes: Smart (standard), Prima (business) and Club (first). Comfort is prioritised first and foremost, thanks to cosy seats designed by Poltrona Frau. And not only that, a whole host of other excellent services are offered on board: free wifi, top-notch food (prepared by the folks at Eataly), TVs with an epic film library in every class. And in Club? Passengers have their coats taken on their arrival and each have their own private room.

This new kind of rail proposition really appealed to travellers fed up with the cheap services offered by commercial airlines, especially on domestic flights. And the single service it ran to begin with wasn’t enough to keep the business afloat indefinitely – so the company launched a host of other routes all over across the country. The volume of custom has now allowed Italo to establish itself in the Italian rail sector (and convinced many to move away from domestic flights and try trains instead). The bet paid off.

Fifteen years after it was founded, Italo now runs 56 trips a day, connecting 13 italian cities – including Rome, Turin, Bologna, Florence, Naples, Venice, Verona, Padua and even Milan, which is where we’re heading now.