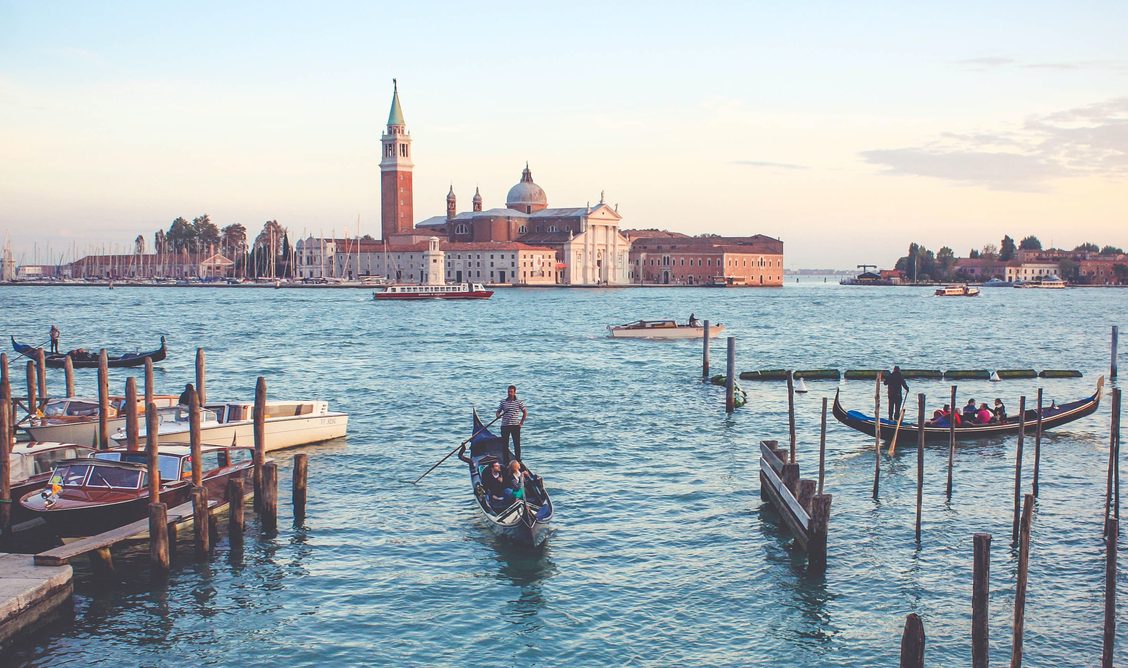 Until very recently, you could travel from Paris to Venice on a sleeper service from Thello: a private firm that sadly didn’t survive the ongoing world crisis. But because a trip to Venice always seems like a good idea, we’re going to dedicate this week’s two-minute travel guide to the City of the Doges.

After all, this place is so inspiring that several other cities have tried to brand themselves the Venice of Scandinavia (Stockholm), the North (Bruges), the Middle East (Basra) or even the Languedoc (Sète)? There are at least 50 cities around the world who, largely because they’ve got quite a lot of canals, have tried to attract tourists by comparing themselves with La Serenissma. It’s always a bold move, very occasionally deserved, but no other city could match Venice’s magic.

We’ll say it straight off the bat: in Venice, everything is beautiful, and whether or not you’ve visited the city before, you’ll no doubt want to take in the classic sights, like the Rialto Bridge, the Bridge of Sighs, St. Mark’s Square or the Grand Canal. They are rites of passage on any trip to the city; marvels that never cease to amaze even the most seasoned of travellers. The only snag? Venice can get incredibly busy, especially around these famous landmarks. So it might be worth considering a few tourist hacks to make sure your holiday takes place in relative serenity.

The first one is pretty obvious: wander around early in the morning, around 7am, a time when many other tourists are still asleep. You’ll find the streets surprisingly empty. And the second option, also pretty obvious, is to go in the off-season. No need to be there in summer, for the New Year or during Carnival: the city’s beauty and charm persists all year round.

If you do end up going in high season, trust us and… try to get lost. This is pretty simple: the further you get away from the touristy main drags, the more you’ll be able to discover this city’s many hidden corners. Whether on foot or by gondola, wandering off-piste is always worth it in this city.

Next, leave the main island and explore further afield. It can be easy to overlook the tens of other beautiful isles that dot the Venetian lagoon, but there are loads that are worth a day trip. Some of the best known are Burano (with its coloured façades) or Murano (whose artisan glassmakers are respected the world over). And then there are the lesser-known ones.

Like San Michele, to the north of the city. This small island is an oasis of calm that’s home to the Venetian cemetery where composer Igor Stravinsky was laid to rest. It makes for a tranquil and rather soothing morning walk. A little further away, you could also make it out to

San Francesco del Deserto: without a doubt one of the greenest islands in the lagoon. Yet another place you can recuperate after wading through the tourist crowds in the city centre.

To round off your trip, you may well want to sit down for a drink in the Cannaregio area, where bacari (wine bars) abound. The Veneto region brims with some of Italy’s finest wines, and we suggest opting for a natural wine that really brings out the flavours of the local terroir: bars La Sete and Vino-Vero can definitely deliver. Then it will be time to fill up on Venetian cuisine, so often an homage to the sea that inspires and nourishes this city. Osteria Anice Stellato and Osteria Da Rioba are two restaurants that never fail to impress.