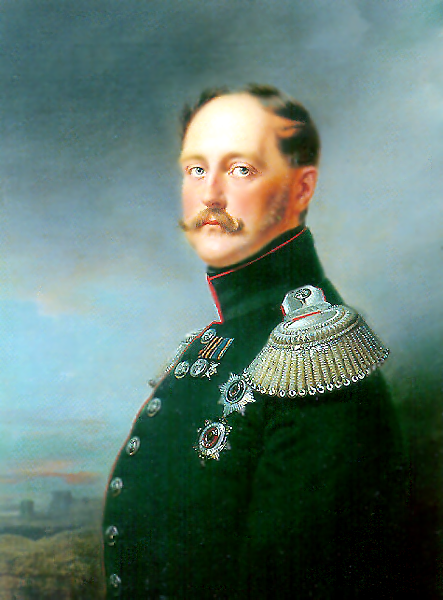 The improbable story of the Tsar's finger

We’ve done it once and we’ll do it again: Midnight Weekly will this week be travelling back in time to tell you an anecdote from railways past. So now, cast your imagination back to the era of the very first trains and their often extraordinary backstories.

The first railway (other than those used to transport raw materials through mines) may date back to the late eighteenth century, but it took the industrial revolution (and accompanying technical improvements) for large-scale train networks to really get going in the 1830s. And it was around that time that heads of state began to wade into the industry, so promising was this newfangled technology and its potential to unite their territories.

There are a handful of stories from the time still well worth sharing. One pretty much guaranteed to make you smile is the one known as the tale of the Tsar’s finger. In 1841, while Western Europe, led initially by the United Kingdom, was undergoing a proper railway boom, the Russian empire didn’t intend to be left behind. Much more than just a nationalistic ambition, each country aiming to outdo each other with longer and longer train lines, the railways had the potential to totally transform the bigger countries in particular: Tsar Nicholas 1, Emperor of all the Russias, saw in them a way to link up all of his dominions.

The task at hand wasn’t trifling: there was only one 25km-long railway line in Russia at the time, linking the imperial capital of St Petersburg with Tsarskoye Selo, the sovereign’s summer residence. So the tsar decided to start with what seems today like the most logical line: one connecting St Petersburg and Moscow. However, the engineers charged with mapping out the best route weren’t able to agree on a course of action and so the emperor decided to wield his executive power.

Armed with a ruler, he drew a straight line between the two cities on a map and handed it to the engineers who had struggled to agree on a solution. Well, it wasn’t that straight. The tsar seemed to have neglected to move the finger with which he held the ruler, and simply drew around the top of his finger, without giving a second thought as to the line not being totally direct. And since the engineers had already wound up his highness, and without any better solution, no one said a thing and they got to work. The tsar wanted it, so it happened.

That’s how, for nearly a century and a half, the railway line linking the former imperial capital and the current Russian capital came to have a slight anomaly around the village of Verebye, known as the Verebinsky bypass, which involved a huge detour of 17km. It wasn’t until 2001, in fact, that the 650km-long line between the two cities was quite literally rectified, with the unnecessary bulge removed.

Naturally, this incongruity has acquired many more pragmatic explanations over the years, some arguing that the loop in question in fact allowed trains to circumvent a steep hill rather unfortunately located on a route majestically drawn by the tsar’s own hand. Was the tale of the Tsar’s finger therefore invented to justify this slight bypass, without actually applying his intended trajectory? Quite possibly.

It’s a Swedish word we’d like to focus on to start with: a specific term that sums up the spirit of the moment, tågskryt, or literally, pride in taking the train.