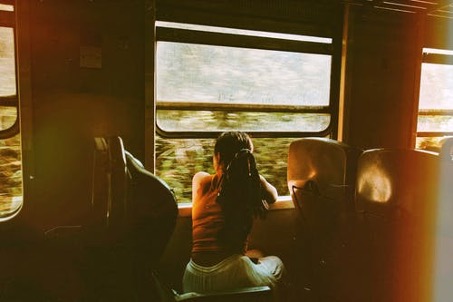 Sure, this week we’ll be singing the praises of Copenhagen. But it’s actually a Swedish word we’d like to focus on to start with: a specific term that sums up the spirit of the moment, tågskryt, or literally, pride in taking the train. It’s a neologism closely linked with another, flygskam, also Swedish, which roughly translates as ‘flight shame’. So how have we reached a point where we’re making up words to describe such strong feelings?

It all started with a few overlapping events. While climate change has become a reality that’s impossible to ignore, young people around the world have begun to demand in ever-stronger terms that countries meet the stipulations of the Paris Agreement. And it was a Swedish teenager, the activist Greta Thunberg, who became the global figurehead of the movement. For her and millions of others, humanity has no time to waste when it comes to fighting back against carbon emissions and global warming.

And so perhaps unsurprisingly, the aviation sector has found itself in the crosshairs of the movement Fridays for Future. After decades of rapid expansion in the low-cost flight business, with a resulting spike in pollution, many climate-conscious young people say it’s time to turn our backs on flying. For them, it’s high time the train came back into fashion instead.

At the same time, for several years now, one MEP has been really going out of her way to campaign for the revival of sleeper trains in Europe. Karima Delli wasn’t just going to stand by and watch night-train routes close one after the other, as has notably been the case in France. Her firm resolve – and that of several of her colleagues – has ended up paying off, however, with many citizens across the continent also now increasingly vocal in opposing the closure of sleeper-train lines.

It’s in this context that after years of neglect and abandonment by national rail firms that night trains are finally falling back into favour around Europe. And besides, all those closures haven’t dimmed the evocative pull night trains exert on the collective imagination, bolstered by such mythical services as the Orient-Express, the Train Bleu or even the Trenhotels in Spain.

However, you need something other than just a melancholy nostalgia for times past to achieve a substantive revival of night-train services. That’s what really drives us here at Midnight Trains, because as Albert Camus put it: ‘Myths don’t have a life in and of themselves, they need us to embody them. Let a single man respond to their call, and they’ll offer their lifeblood intact.’

In striving to welcome you on-board our trains from 2024, our aim is to breathe life back into the sleeper service, ensuring comfort and remaining environmentally conscious at every turn. Which could well inspire you to perfect your pronunciation of that word tågskryt, to describe among other things what you could well be feeling right now.