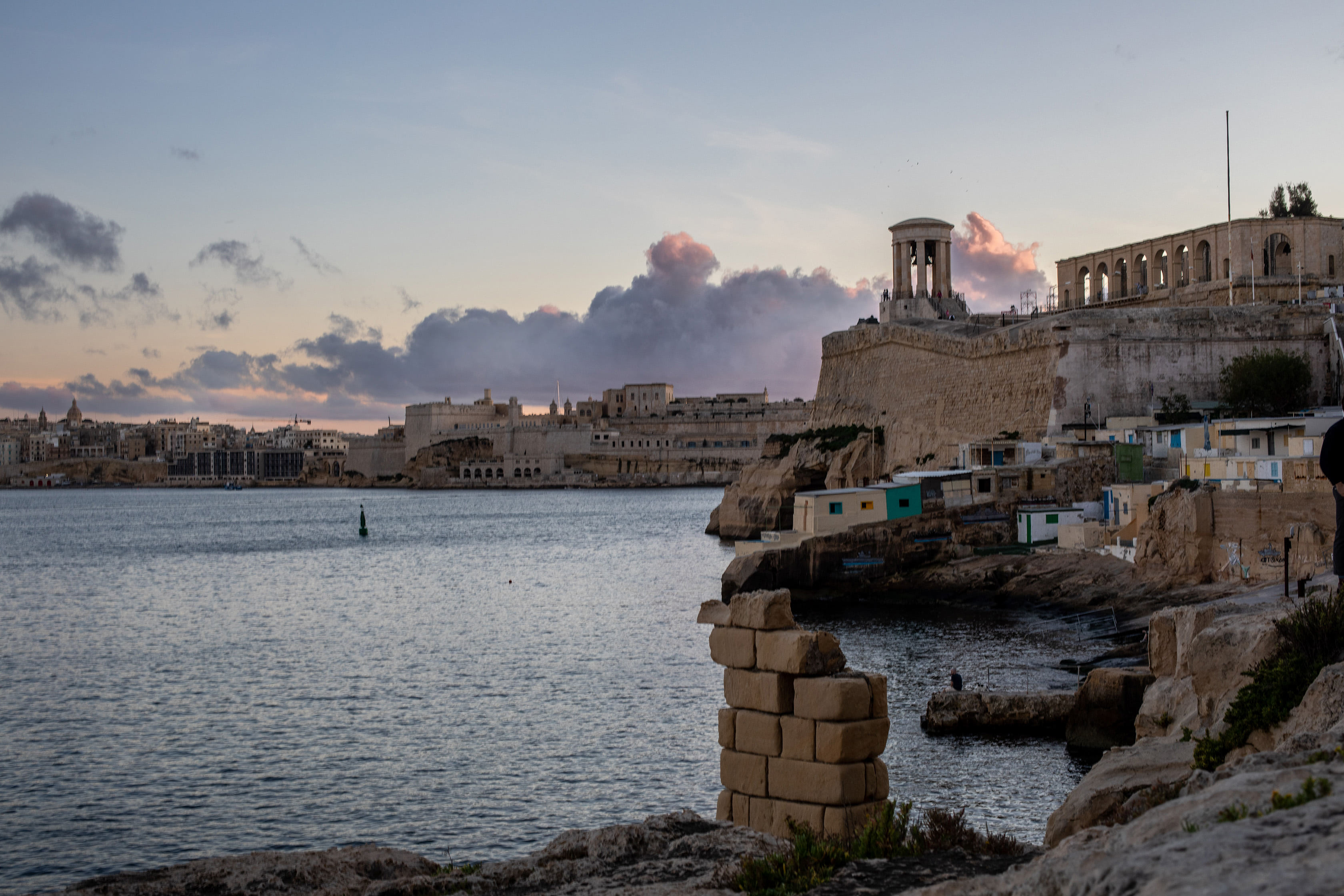 Under the Maltese sun

Every week, Midnight Weekly takes you on a trip to a different European city. And this week we’ve landed in Valletta. The tiny Maltese capital, just south of Sicily, only has 6,000 inhabitants. It’s much smaller than Sarajevo, Manchester or even Cádiz, but just as worth visiting if you’re after a sunny weekend break. So, pack a swimsuit and slap on a good dose of suncream: we’re heading to the Med.

Valletta isn’t a city like any other. A huge swathe of the city is listed by Unesco, giving the place the feel of a ‘museum city’. Whether you arrive by boat or over land from another part of Malta, it’s impossible not to be blown away by the splendour of this historic city.

As you know, here at Midnight Weekly, we rarely recommend that you visit stuffy old museums or palaces – you’ll find those in any old tourist guide. However, you couldn’t not stop off at Saint John’s Co-Cathedral and the Grandmaster’s Palace, both linked to the famous Order of Knights, which reigned over Malta for a long period. The former is a baroque masterpiece in which gold-covered columns overlook grand gravestones; the latter is home to the presidential palace, one of very few governmental seats that is open to the public.

Continue down the city’s main commercial artery, Republic Street. Astonishingly well protected from the tourism industry, the street brims with local artisan shops and café terraces where it feels right to linger and people-watch for hours at a time. Above all, it’ll lead you to the city’s best lunch spot: the charming Guzé Bistro. Tucked inside a sixteenth-century building, this restaurant serves up food that displays all the influences that have shaped this small nation – Greece, Italy, Turkey, North Africa – in a setting that pairs stylish stone with raw wood. You’ll no doubt come back for more later on in your trip, too.

Now it’s time to leave the centre of Valletta and discover the underground side of the city. Because while this city may feel like an open-air museum, that doesn’t mean there isn’t loads of creativity bubbling up beneath the surface. Obviously there isn’t all that much street art in the historic parts of the city. But head out to neighbourhoods like Pembroke and Marsaskala and you’ll discover all manner of amazing artworks. Definitely make sure to make a detour to the L-Imsida skatepark. This seafront structure has become a favoured hangout for the city’s graffiti artists.

Another spot you shouldn’t miss is the Lascaris War Rooms. This underground complex was the place where the Maltese defence was headquartered during World War II. Once top secret, the buildings are open to visitors today, with sea battle plans and military strategy maps still pasted on the walls.

Feeling peckish after all that traipsing around? Try Rampila. With its own wine bar and a terrace with epic views, this restaurant is the ideal place to round off a day in Valletta. The food here is light and exquisite: the very best the Med has to offer. But perhaps the best thing about Rampila is its wine menu, filled with top-notch local and international bottles. Our suggestion would be to try those from Mdina, the country’s former capital.

Tucked in the north (relatively speaking) of Sicily, this luminous city is a land of contrasts which will win you over thanks to both its amazing art and architecture, and locals’ laidback way of life. So let’s wander around a little to see what it’s all about.