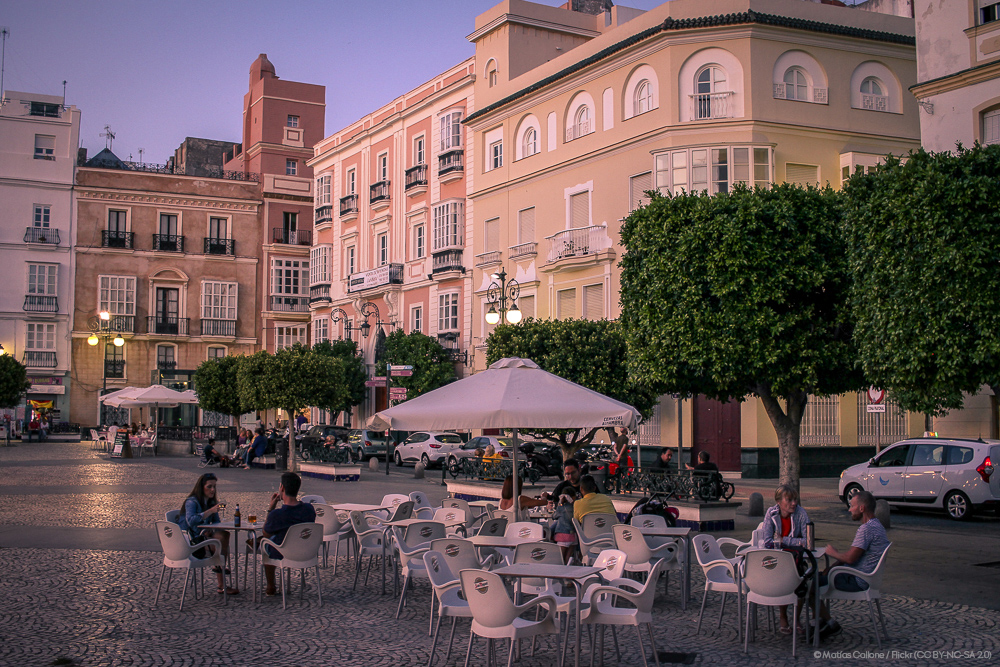 Your brief guide to a Spanish jewel

This week, we’re heading back to Spain. After our whistlestop guides to San Sebastián, Valencia and Bilbao, now it’s time to visit Cádiz. This small southern city may be overshadowed by nearby Seville, but it’s no less worthy of a trip if you want to breathe in the Atlantic air and explore a metropolis full of unexpected delights.

Since you’re in Spain, that wonderfully food-obsessed nation, we’d recommend starting at Cádiz’s main central market. Like its many equivalents in other Spanish cities, here you’ll find the scents and flavours of Spain in all their sumptuous abundance, from spices to cheese, charcuterie and fruit. Pick up something for breakfast – perhaps a coffee and bocadillo (a small sandwich), just as the locals do.

Next, you should familiarise yourself with the city’s 3,000 years of fascinating history. But rather than take a guided tour, we suggest simply having a wander. That’s the best way to discover the real beauty of the city’s narrow alleyways, with their beautiful Moorish tiling and shady courtyards that feel tailor-made for lazy afternoons spent sipping sangria.

Having delivered into the city’s past, now you should see what it has to offer in the modern age. Hit up ECCO, the Espacio de Cultura Contemporánea de Cádiz. A true oasis of culture, this institution offers up a brilliant programme of temporary exhibitions, and has an impressive permanent collection too. It’s a great way to explore the different cultures that have shaped this city over the centuries.

Feeling peckish yet? Make a beeline for Tapería de Columela. It may be small, but this restaurant is hugely popular with locals, drawn in by its speciality tuna dishes. Fished every morning in the strait of Gibraltar, it comes served many ways, each as impressive as the next. Whether you go for the tartare, the lasagne or the fried stuff, your dish will be cooked using traditional methods, cleverly updated for the present. The wine menu isn’t half-bad either.

For a change of scene, head over to Bolonia beach, with its many beautiful natural pools. Rarely frequented by tourists, these incredible rocky formations are essentially a series of small basins filled with warm, turquoise water that spills over into the Atlantic. Take some time out to wallow in the water and relax before heading out to explore the rest of the city.

And what next? Try the Fundación NMAC. Far from a conventional museum, this open-air exhibition space is billed as a place where art, culture, society and the environment interact. With sculptures, huge installations and events of all stripes, it’s a real cauldron of creativity where all sorts of influences combine to create new ways of presenting art to the general public. Both adults and kids will be into it.

As is obligatory in Spain, you should finish up with a copious meal, preferably at Aponiente. Overlooking the port of Santa Maria, on the other side of the bay, this restaurant is well worth the detour. Run by chef Ángel León since 2007, Aponiente offers an exceptional menu centred around seafood. León, who has received two Michelin stars and is often considered one of Spain’s best chefs, plays around with original ingredients and techniques. You won’t be disappointed with the results.

Valencia. Pairing a rich cultural history and with a contemporary thirst for the avant-garde, this city’s calles and callejones are ripe for a wander. So let’s go!