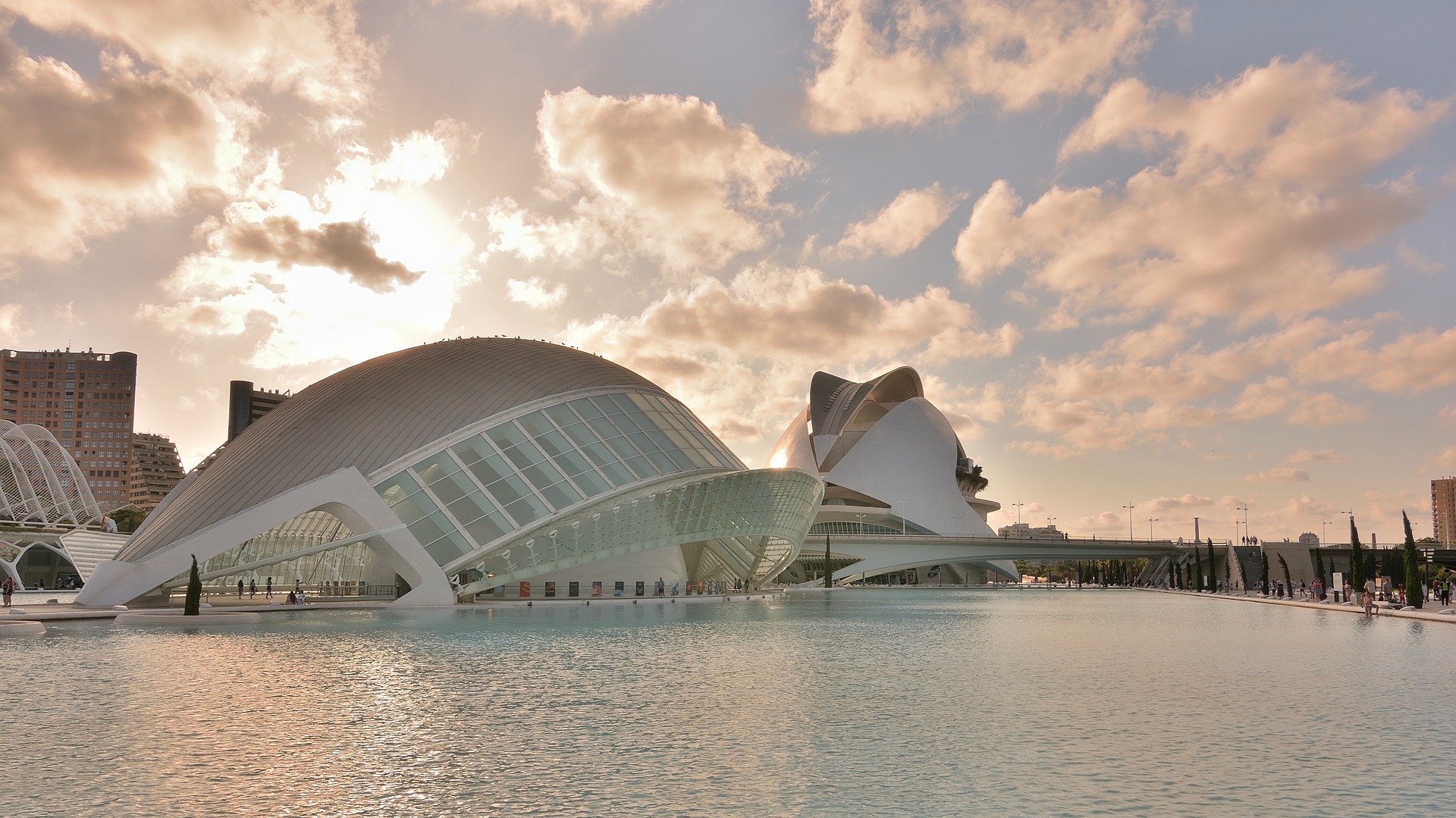 When thinking about a city break to Spain, you might immediately reach for Madrid, the home of the Movida, or Barcelona, that first-rate tourist destination in the heart of Catalonia. But you’d be foolish to overlook Valencia, a little further down the Mediterranean coast. Pairing a rich cultural history and with a contemporary thirst for the avant-garde, this city’s calles and callejones are ripe for a wander. So let’s go!

Start off in the heart of the casco histórico (historic centre). The labyrinth of alleyways surrounding the Catedral de Santa María make for a majestic introduction to this city. Faded old palaces, boutiques of every stripes and elegant façades on every corner: your eyes won’t know where to look, such is the extravagant beauty of this place.

Next, hit up the Llotja de la Seda (the Silk House). As you might have guessed, this building used to house the market for Valencian silk sellers, now recognised as a world heritage site by Unesco. From the façade to the twisty, column-filled interior, the gothic structure is a marvel to behold. Make sure to drop by the courtyard, which is planted with sweet-smelling orange trees.

Just as unusual is the Musée national de la Céramique et des Arts-Décoratifs, which is half baroque, half rococo. Tucked inside the palace of the Marquis de Dos Aguas, this museum holds the biggest collection of Spanish ceramics, including some blue-and-white tiles by Picasso.

Now for something a little more contemporary. Perhaps the most iconic building in Valencia is the Ciutat de les Arts i les Ciències, which was designed by local architect Santiago Calatrava. Its 350,000 metres almost feel like their own neighbourhood, and you’ll need to spend at least half a day exploring the structure from end to end. More than two decades after it first opened, it still looks as good as new.

Here you can contemplate the Hemisfèric – with its distinctive eye shape – which houses the city’s planetarium, the Oceanogràfic – a distant cousin of the Sydney opera house – the Príncipe Felipe Science Museum which has an excellent programme and whose form kind of resembles an animal skeleton, or the Umbracle, a botanical garden which brims beautiful plants that are native to the region.

If you fancy a paseo (promenade), that classic Spanish tradition, we’d recommend traipsing along a dried-out river. While the source of the Túria river might seem to have vanished, in reality that’s because the local authorities had decided to manipulate its course after a flood devastated the city in the 1960s. In the decades since, 15km of the former river banks have been transformed into the ideal place for cycling and walking from one end of Valencia to the other. Note that the city is pretty much a haven for cyclists: it has 160km of cycle paths and a well-established bike-sharing scheme, Valenbisi, which boasts 2,750 vehicles.

Valencia is also one of the best places in Spain for food. Get an idea for the kind of thing they eat round here with a trip to the Mercat Central, an enormous market with 1,000 stalls that brim with fruit, veg, seafood, fish, cheese and olives. After that, you’ll have worked up quite an appetite, so we’d recommend trying paella, the ultimate Valencian dish. Restaurants that really do it right include La Casa Carmela, L’Estibador and Racó de la Paella.

But you’ll want to eat far more than just paella here. At breakfast, try Los Picos, one of the city’s best cafés. Later on, grab a glass of something at Terra à Vins and Mes Amours (where the food isn’t half bad, either). As for slightly more refined cuisine, we really like Anyora, with its snazzy take on bodega-style classics; Teca, which serves up some of Valencia’s best tapas; or Entreblat, for upmarket bocadillos (sandwiches) that you won’t forget in a hurry.