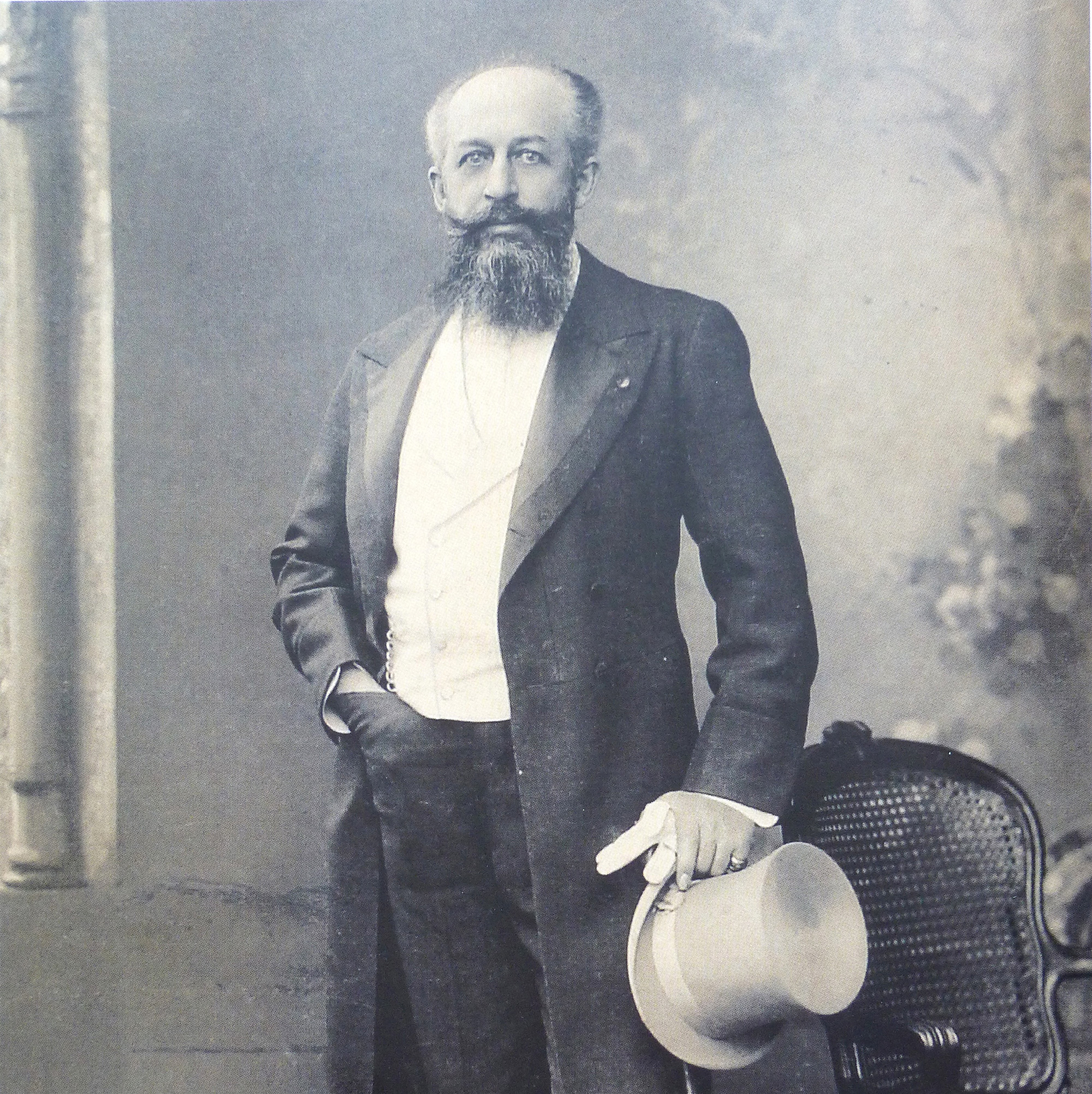 The godfathers of the sleeper

Since the launch of Midnight Weekly, we’ve often mentioned Orient-Express (the ghosts, the romance and the sense of mystery). And if there’s one main reason that we’ve spoken about it so regularly, it’s no doubt that the train’s creator, Georges Nagelmackers, had very similar intentions to us here at Midnight Trains: he sought to make the sleeper-train journey an actually pleasant experience, filled with modern comforts. The only real difference is that our ‘hotels on rails’ won’t be the preserve of the well-off. Because we know that you’ve enjoyed our article series in the past, we’re now launching another – this time, a two-parter dedicated to this visionary and his American inspiration, George Pullman.

The inventor of the Orient-Express was born on June 25 1845 in the still-young kingdom of Belgium (in fact, it had only  existed for 15 years), in a super-rich family. His father and grandfather had built up a banking and industrial empire which Georges was expected to run in future. However, he wasn’t greatly inspired by the idea, and decided to study engineering, with a particular focus on project management. He didn’t know it yet, but he was well on his way to discovering the ingenious idea that would shape the rest of his life.

Then came forbidden love. At the age of 22, Georges fell for his cousin and insisted on marrying her, in spite of the scandal that erupted within the family. Convinced that travel could put him on the right course, his father booked him a ticket on the first steamer out to New York.

On board the ship, Georges befriended Samuel Cunard, the founder of Cunar Line, the oldest maritime company still in operation today. The two men spent a significant chunk of their journey discussing the way in which transatlantic cruise passengers are welcomed, put up and served. Yet again, all the information that was piling up in Nagelmackers’s head would help determine the course of the rest of his life.

Once in the USA, the young man set about exploring the country by train. He was immediately taken by George Pullman’s sleeper trains. But unlike an ordinary tourist, he scrupulously took notes of what other passengers were comparing about: the lack of privacy – above all for women – the lack of comfort, the noise… The more time  passed, the more Georges was sure of himself. Once he returned to Europe, he would launch a similar project – but better and without all those faults. In fact, he had already made a few sketches during his trip.

Back in Belgium, his parents gave him significant responsibilities within the family business. Not what he wanted at all. But as soon as he had more free time, he launched himself into his project and published a 32-page brochure called The Introduction of sleeper carriages on Europe’s railways. From the get go, his family wasn’t on board with the plans, and so they cut off his income. So it was fortunate that on top of being curious and worldly, the engineer was also a doer. In 1872, he financed and went ahead with the construction of the first of his carriages. Supported by the king Léopold II himself, with whom his family had close connections, a test run took place that same year between Paris and Vienna. It was a success.

Nagelmackers went ahead with more test runs, but soon his financial backing began to dry up. The banks withdrew. But the inventor wasn’t discouraged. It was then that he travelled to London to drum up more support, and here another particular encounter would prove very significant for him. He had met the American colonel William d’Alton Mann, who had made his fortune by patenting a backpack for infantry soldiers and had already applied for a patent for a sleeper carriage. Immediately they clicked and the pair teamed up to create sleeper carriages comprising closed compartments served by one long corridor, with access to toilets at the end of each. Immense luxury, compared with the beds lined up along a central corridor in Pullman’s creations.

Both had good royal and political contacts, which they used to raise funds and generate interest among the powerful. In 1976, they founded the Compagnie Internationale des Wagons-Lits et des Grands Express Européens, each managing to à convince the Prince of Wales to use one of their brand-new carriages to travel to the marriage of his brother in St Petersburg. The king Léopold II also used them regularly to travel to Paris, where he shacked up with a dancer. When the colonel Mann pulled out of the business, the Belgian monarch even bought a part of his stake.

Georges always dreamt bigger. He built himself a castle in Villepreux, near Versailles and felt that he could go further. Being so embedded in high society allowed him to see that there was another gap in the market. That’s how the Orient-Express came into existence: a luxury train on board which the great and good could travel, sleep and eat and drink at ease. Seven years later, he finished his project and launched the Compagnie internationale des Grands Hôtels, a chain of hotels present in several cities along the Orient-Express route. That would be his last big project before he died in VIllepreux, in his castle, in 1905.

Georges Nagelmackers’s vision of transport was a huge source of inspiration for Midnight Trains. While we might not share his obsession with luxury and his determination to to limit himself to a privileged clientele, his desire to transform the train into a method of getting around easily and comfortably really resonates with us. Above all, he popularised the idea that there’s no better way to travel than by rail. And who could disagree?