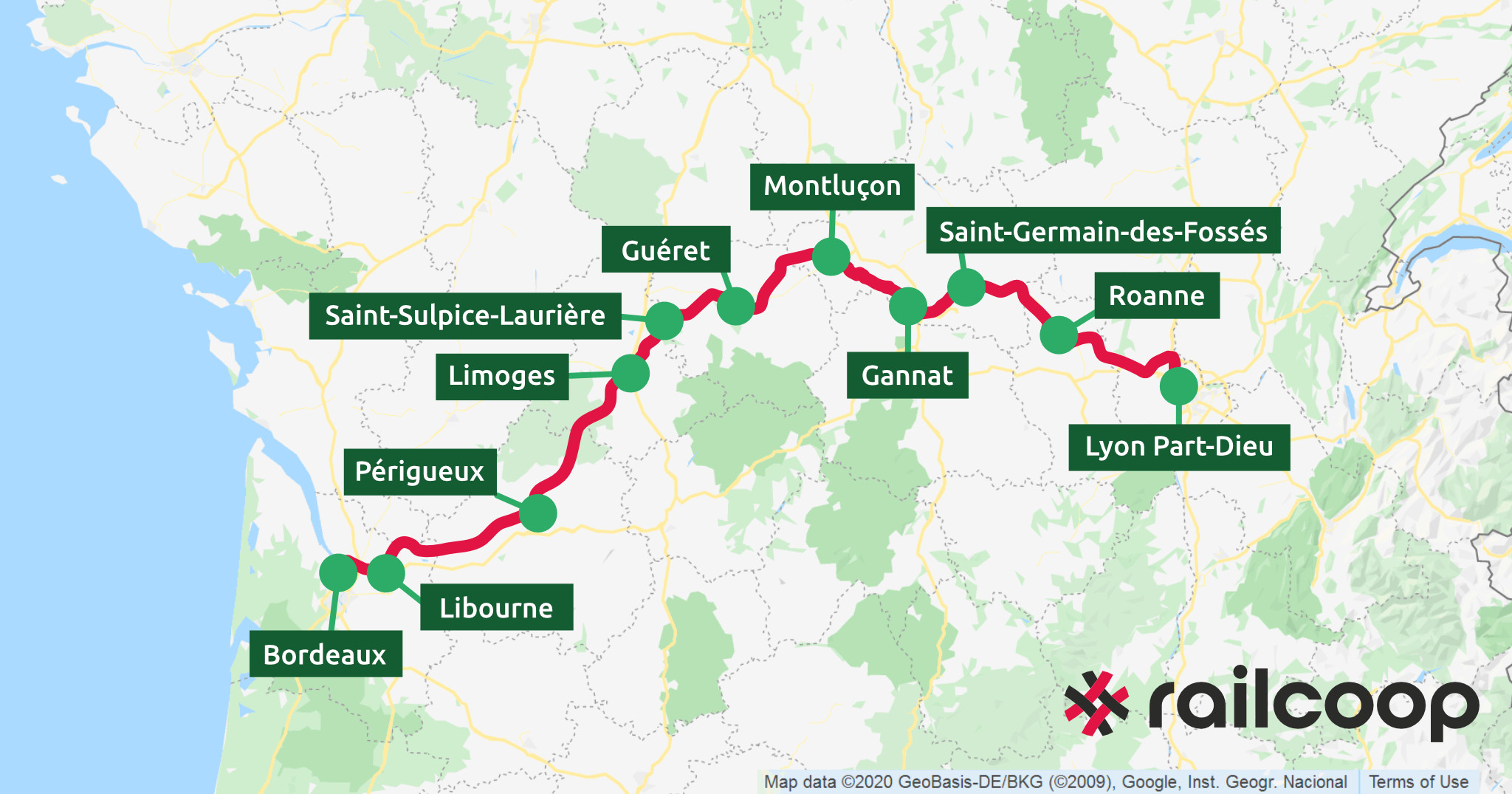 After three seasons in which roamed the corridors of a business like Midnight Trains, we’re launching a new four-part article series introducing you to the big new actors in the European rail industry. Like us, but with projects very different to our ‘hotels on rails’, they’re each trying to stake out a claim to a different part of the market. In this first episode, we’ll be delving into the history and business model of Railcoop, the cooperative that plans to link up Bordeaux and Lyon.

The privatisation of the French railway market has led to many innovative ideas, and not only on the part of big international investors. One of the most impressive is Railcoop. Europe’s first railway cooperative brings together ‘citizens, railway workers, businesses and collective around a single mission: to develop a transport offering at once innovative and adapted to the needs of all territories’. Ambitious? Yes. Original? Even more so.

The basic idea is simple. Numerous train lines have been abandoned in recent years for logistical and economic reasons, even though they were still useful to locals. Often they were neglected in favour of more profitable lines that pass through Paris. To help revive them, a diverse group of rail fanatics founded a non-profit in 2019, before becoming a cooperative a few months later, with 32 founding members.

The first goal: to revive the Bordeaux-Lyon line, which was abandoned in 2012. And for good reason: how could it be that these two major French cities weren’t directly connected by train? Why should the inhabitants of the capital of the Gauls and those of the French wine capital have to pass through the City of Light every time? For the members of Railcoop, this was incomprehensible. And we’d agree.

Three years after it was founded, the cooperative had raised seven million euros and numbered some 12,000 members, including local associations, collectives and businesses like the media outfit Alternatives Economiques and store chain Biocoop. As of 2021, it even has a railway business licence. However, the opening of the line has been repeatedly delayed. First it was pushed back to December 11 2022, and now the opening of the Bordeaux-Lyon line (via Périgueux, Limoges and Montluçon) doesn’t even have an official inauguration date.

Despite the generosity and goodwill of its members and supporters, the cooperative today faces three main problems. The first, which could be resolved soon, is to do with logistics. To get trains on tracks, you have to receive timetabling approval by SNCF Réseau. For a while, it seemed like the two parties might not reach an agreement, but over the past few months, the management of Railcoop, however, wanted to be reassuring on the subject, without saying much more.

The second difficulty faced by Railcoop relates to the renovation of three X72500 acrriages which should allow it to reconnect Bordeaux and Lyon. Repurchased from SNCF Voyageurs and the Auvergne-Rhône-Alpes region, they still haven’t been revamped to this day and so aren’t ready to welcome passengers wishing to travel from west to east and vice versa. It’s worth noting that the cooperative has since expressed interest in 20 other carriages.

Finally, Railcoop has financial issues, too. In fact, it reckons it’ll need 30 million euros to ensure its financial longevity – a sum that neither the banks nor the investors seem ready to plough into the project for the moment. However, at least 50 percent of the total must be its own funds. Happily, the members have recently launched a new whip round  aiming to raise 27 million euros by spring 2022. They’ve also called on the French government to put in place state guarantees that they can access the rail market.

The existence of an initiative like Railcoop and the public excitement that it has generated is testament to the immense possibilities of the rail sector. We’re really excited to see the Figeac cooperative’s trains criss-crossing the Hexagon.