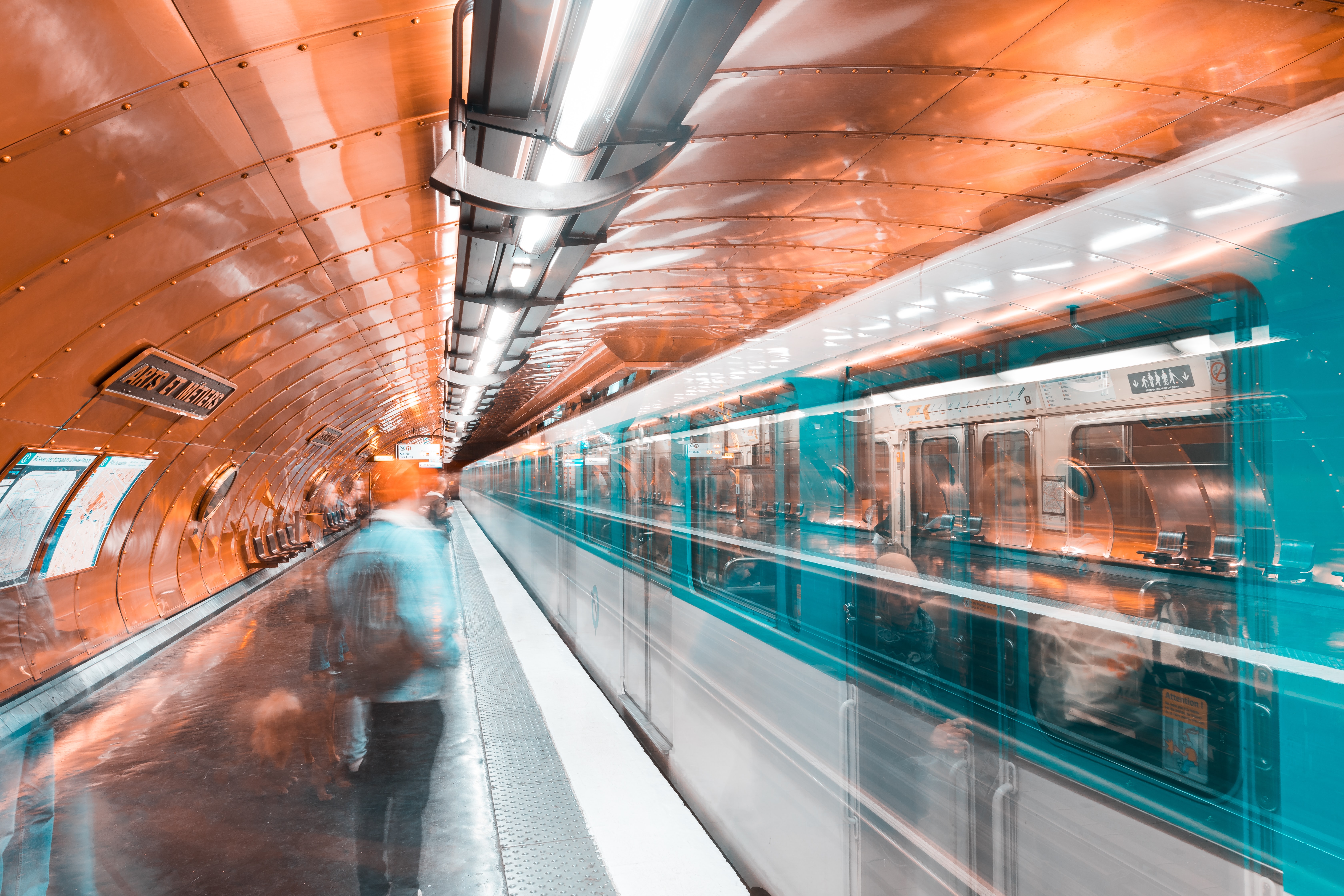 The ghosts of subterranean Paris

Time travel through the abandoned stations of the Métro

A small girl with hair swept over her eyes, a large man with a black hat, a young woman in a white dress on the side of the road: we can all name a ghostly presence that’s terrified us since childhood. But whether they frighten us or make us laugh, whether we fear them or use them to tease our family and friends, whether they’re gentle like Casper or a little more serious like those of the Madrid metro, these otherworldly beings inhabit our collective imagination and remind us that the past is never far away.

In Paris, where Midnight Train was founded and is based, some ghosts are in fact quite tangible. Made of stone, concrete and metal, they’re buried under the feet of Parisians and tourists, like this little-known bunker under the Gare de l’Est. So forget the ghosts of the sheets-over-heads variety, because the phantoms we’re going to speak about today are the various Parisian Métro stations which have been abandoned throughout history. These are places surrounded by mystery, at once incredibly close to us and yet impossible to reach.

The first wave of ghost stations stem from the Second World War. The conscription of a large proportion of the Métro staff led the government to cut services in 1939. The Arsenal (line 5), Champs de Mars (line 8) and Croix-Rouge (line 10) would never resume services. The latter nonetheless had a second life when it was redecorated to resemble a beach before hosting a publicity campaign for an exhibition by the Bibliothèque Nationale de France on eroticism.

Other stations, like Varenne (line 13), Bel-Air (line 6), Rennes (line 12) et Liège (line 13) for their part reopened progressively from the 1960s and are still in service today. One of them, including the Saint-Martin station, has had a much crueller fate. Although it had been the first to be reused after the Liberation, it was eventually abandoned because it was too close to Strasbourg-Saint-Denis, just 100 metres away in fact. Too many Saints and not enough passengers, was the gist. But its story didn’t stop there, as its platforms were turned into a welcome centre for homeless people, then a Salvation Army care centre. Some good things happen underground, too!

In a very different vein, let’s take a little detour to the Martin Nadaud stop, named after a builder from the Creuse region who became an MP during the second and third republics. Rather than closing, the station has been literally absorbed into a neighbouring station, named Gambetta, which opened on August 23 1969, in which it became a simple corridor. The more poetic among you will see in this story one great man giving way to another. Optimists will say that it’s better to be used for something else rather than simply be abandoned and forgotten about. But others would argue that it’s a good metaphor for a world when only the better-known heroes survive. We’ll let you choose your own team.

‍It’d be impossible not to mention La Voie des Fêtes in any history of Paris’s abandoned Métro stations (no matter how brief). This path was set to link up the Place des Fêtes and Porte des Lilas via the Haxo station. Never heard of it? No reason you would have, as it was never opened and the project was replaced by a shuttle system. As a result the station doesn’t have a single exit (truly terrifying) and no one remembers the Empire general François Nicolas Benoît Haxo.

But even if you’ve never set foot in it, you are no doubt pretty familiar with the Haxo station. This and the Porte des Lilas station (also now abandoned) serve as the setting for the vast majority of films and series with scenes in the Parisian Métro.

The other station that never opened is called Porte Molitor / Murat and its fate isn’t quite as fortunate as that of Haxo. Built on a connection between lines 9 and 10, this one proved too complex to bring into service and so never saw the light of day. This will sadden fans of PSG, as the station was intended to provide better access to the Parc des Princes on match days. Happily, they probably never even know about it. Well, until they read this newsletter.

Seven. It’s a magic number that’s no doubt cropped up in innumerable stories since we were kids, and so it’s perhaps not by chance that it’s also the number of stations from which it is possible to leave Paris for further afield.