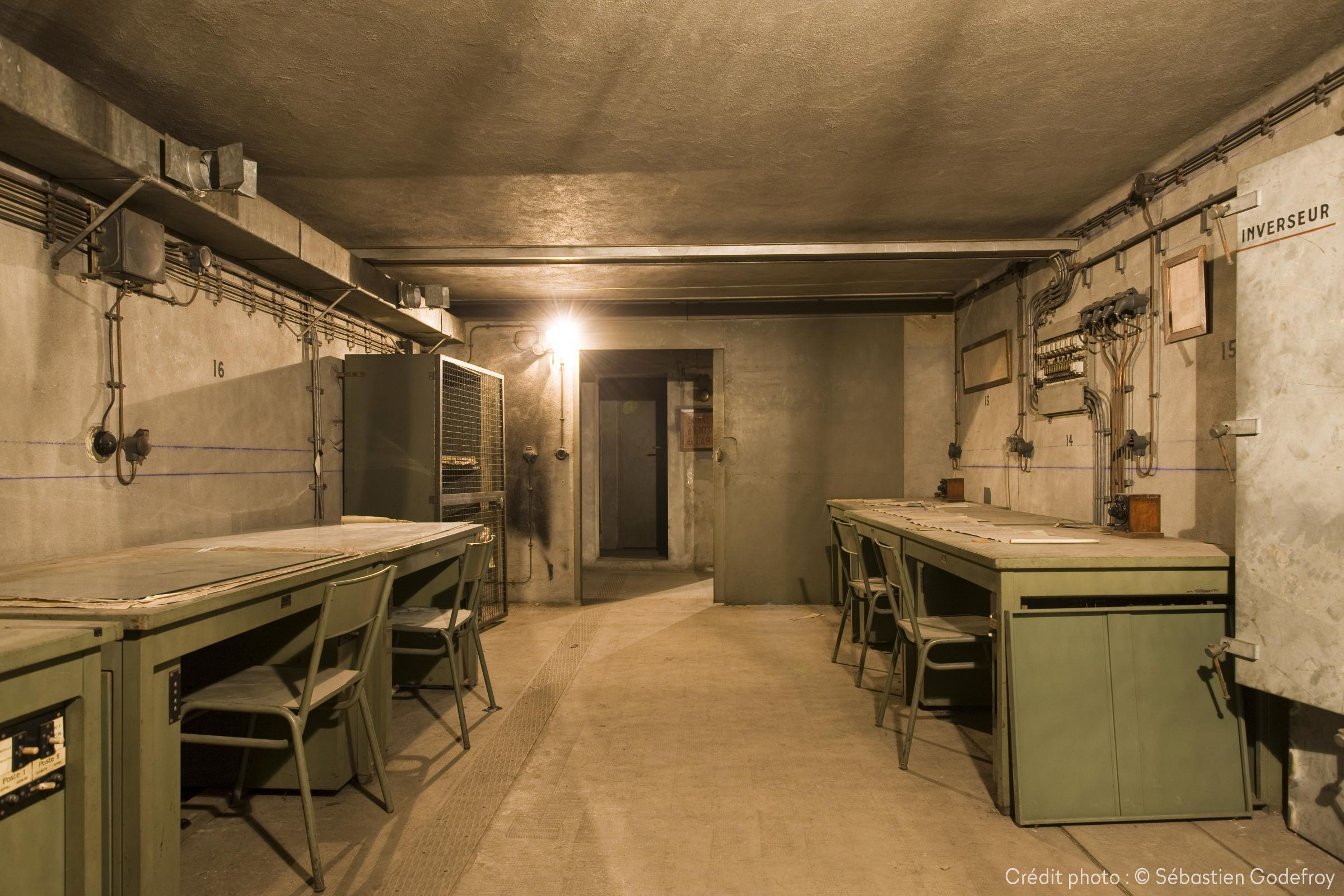 The bunker under the train tracks

A forgotten world, right in the middle of Paris

As crazy or inappropriate as it might seem after two years of lockdown after lockdown, Midnight Weekly will this time make the pretty bold move of leading you into a space expressly designed to cut you off from the world, right in the middle of Paris. But claustrophobes shouldn’t fear. For this historical gem won’t make you feel uncomfortable; rather, it’s a precious throwback to bygone times, pretty much untouched by the outside world and all the monumental global events that have taken place since.

Have you ever passed through the Gare de l’Est in Paris? If you happened to be standing on either platform three or four, you may well have walked over a bunker built more than 80 years ago. Building a shelter beneath Quite the idea, hey? Well, it suffices to know that it was built in 1939, just as World War II began.

Paris – and Europe – were preparing for the worst. Sometimes, they even over-prepared. This bunker was the work of the Société Nationale des Chemins de Fer Français (SNCF), which, fearing gas attacks from the German enemy, came up with a number of ingenious ideas to ensure its employees could keep the trains running.

Obviously, access to this shelter was made as secret as possible. Still today, you can only access it via a trap door. You then climb down some stairs and pass through another watertight door. Once you’re through, there’s another, similar door, through which you’ll enter a ‘decontamination’ area, in case of gas attacks. And through that? You’re finally inside the Gare de l’Est bunker.

There are no less than 11 rooms inside its 120-square-metre space, each dedicated to some essential aspect of running the railways. Four of them were dedicated to regulating services, two were for signalling, three were given over to general management, from telephone services to energy needs.

Deep down in this railway underbelly, where temperatures are a consistent 15 degrees celsius in all seasons, everything was designed in such a way that 70 people could work there for ten hours non-stop, from electricity generators to… bicycles. The latter were more like fitness bikes: they were essential because they allowed workers to produce electricity necessary for ventilation and air filtering.

However, things didn’t quite work out as planned. SNCF may have built it in 1939 to protect workers from the Nazi enemy, but the latter, once they’d occupied Paris, would finish building the job by November 31, with the aim of serving their own objectives.

But was it ever used? The question remains. Going on how well preserved the spaces are, you’d never think it had ever been used by humans, even if German documentation claims it was very much ready for that purpose. And it’s just that – how intact it is – that makes it such a fascinating place to visit now.

The fragility of the walls and ceilings means this secret aspect of Paris history has remained off limits to Parisians for decades. But you’ll be pleased to know that it is opened up on the Journées du Patrimoine, which takes place in France in September each year.

But beneath Paris, there was hope, too, even in the midst of the World War. Further south, just across the road from Denfert-Rochereau metro station, there was the spot where Colonel Rol-Tanguy, the Resistance leader, set up his command post to kickstart the Liberation of Paris. And it’s open to the public all year round.

Millennia ago, the train was born (yes, really)

σπεῦδε βραδέως. Make haste slowly. This Greek (and later Roman) adage really suits the world of railways. This saying played some role inspiring those who invented the first-ever railway – or rather a very significant ancestor of it. Let’s travel 2,600 years back in time to the Mediterranean coast.