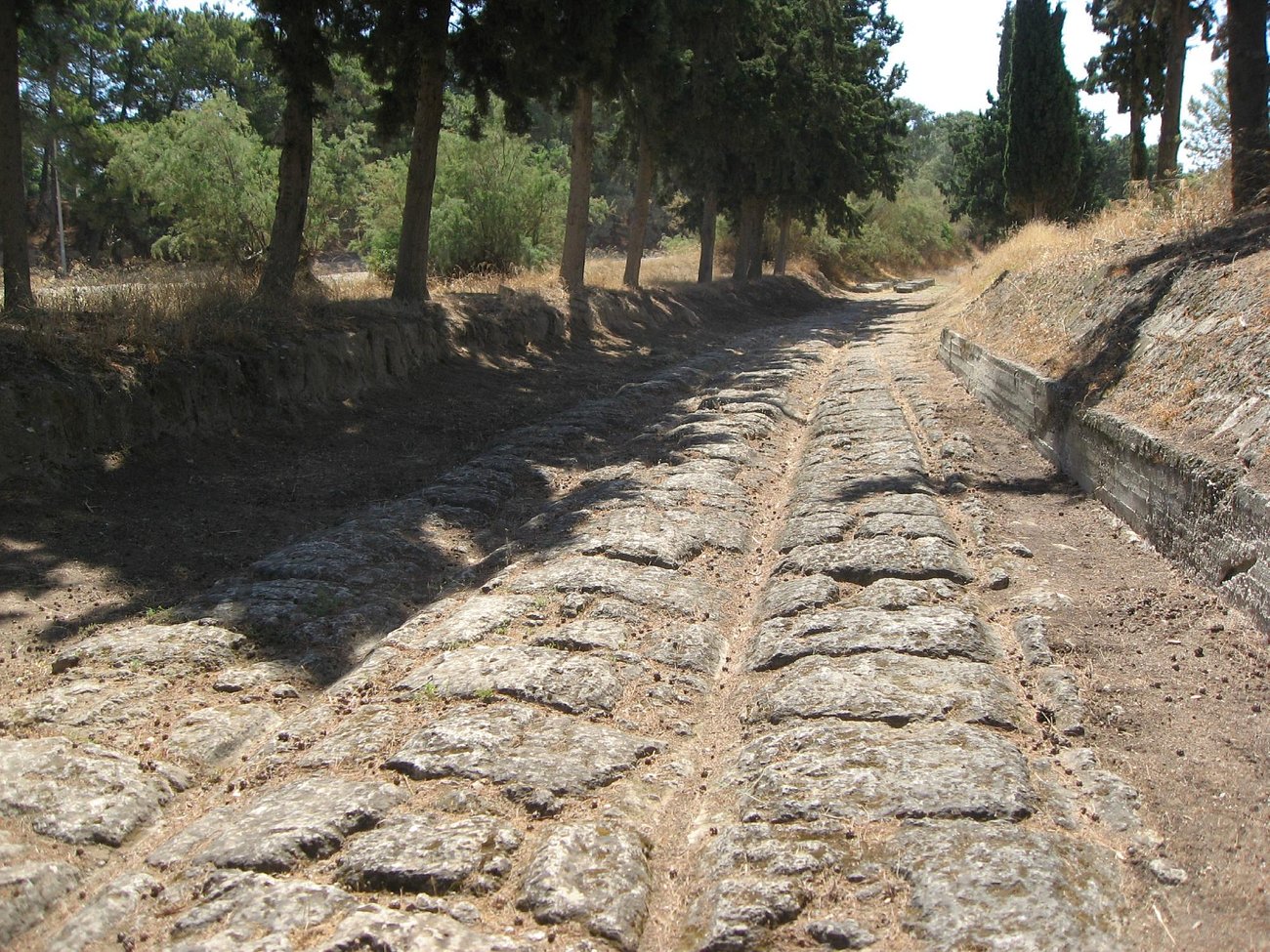 Millennia ago, the train was born. In Ancient Greece, of course.

σπεῦδε βραδέως. Make haste slowly. This Greek (and later Roman) adage really suits the world of railways. It captures the amount of time necessary in this industry to make sure our projects really endure. And who knows, maybe this saying played some role inspiring those who invented the first-ever railway – or rather a very significant ancestor of it. Let’s travel 2,600 years back in time to the Mediterranean coast.

At the time, Athens, Sparta and Thebes were growing fast, to the point where not only were they trading with each other, but also with territories far removed from Greek territory. This cross-border economy meant cities needed new modes of transport to make all that trade happen. They would start out by travelling across the sea on small boats… which would soon enable them to carry goods over land, too.

As crazy as it might sound, it was maritime transport that gave birth to the first-ever railway of sorts: the diolkos. These floats were very practical for transporting goods, and the Greeks had realised that a land-based shortcut would be useful to save time. This innovation was located on the Corinth isthmus, a short band of land that links Attica with the Peloponnese: if the boats were able to travel across it, that would also allow them to avoid Capes Maleas and Matapan, difficult to navigate owing to frequent storms.

And here’s how it worked. The boats were placed on chariots, pulled either by men or animals, along tracks that ensured the vehicle did not deviate from its route. A good seven centuries before Jesus was born, a miracle solution had been found.

The ancestor of the railway stretched six to eight kilometres across the isthmus, from one port to another. While its builders had avoided big slopes where at all possible, there nonetheless sections where the slopes were as steep as 7 percent. Evidently, depending on the weight of the boat, the vessel and cargo could be transported separately. The vehicles could be pulled at around 2km per hour, so it would take around three or four hours to cross.

While the diolkos was initially used for commercial purposes, it later became a strategic tool during wartime. The Spartans – known for their military prowess – were to use the tracks to transport their small warships to go and threaten the Athenians. Later, the Macedonians, Romans and Byzantines would also make similar use of them.

The diolkos was probably most useful of all to the people of Corinth. While we don’t have an exact idea of the scope of the benefits that it would have brought to the surrounding territory, the simple fact of it being used and maintained methodically for more than six and a half centuries, must have helped the region prosper financially. In fact, it likely became a service offering transport to those who paid a toll, a little bit like today’s railway firms.

It wasn’t until the Roman emperor Nero appeared on the scene that a canal was dug as a replacement for the diolkos. The works started in 67 AD, but were quickly abandoned owing to high costs, and it was in fact only in 1893 that the Canal of Corinth was inaugurated. Unfortunately, its construction, along with subsequent movement of ships, has destroyed what remained of the diolkos. Today, however, it is still possible to walk 1.1km along its original route, thanks to recent archaeological works. Next time you’re in Greece, why not check it out?