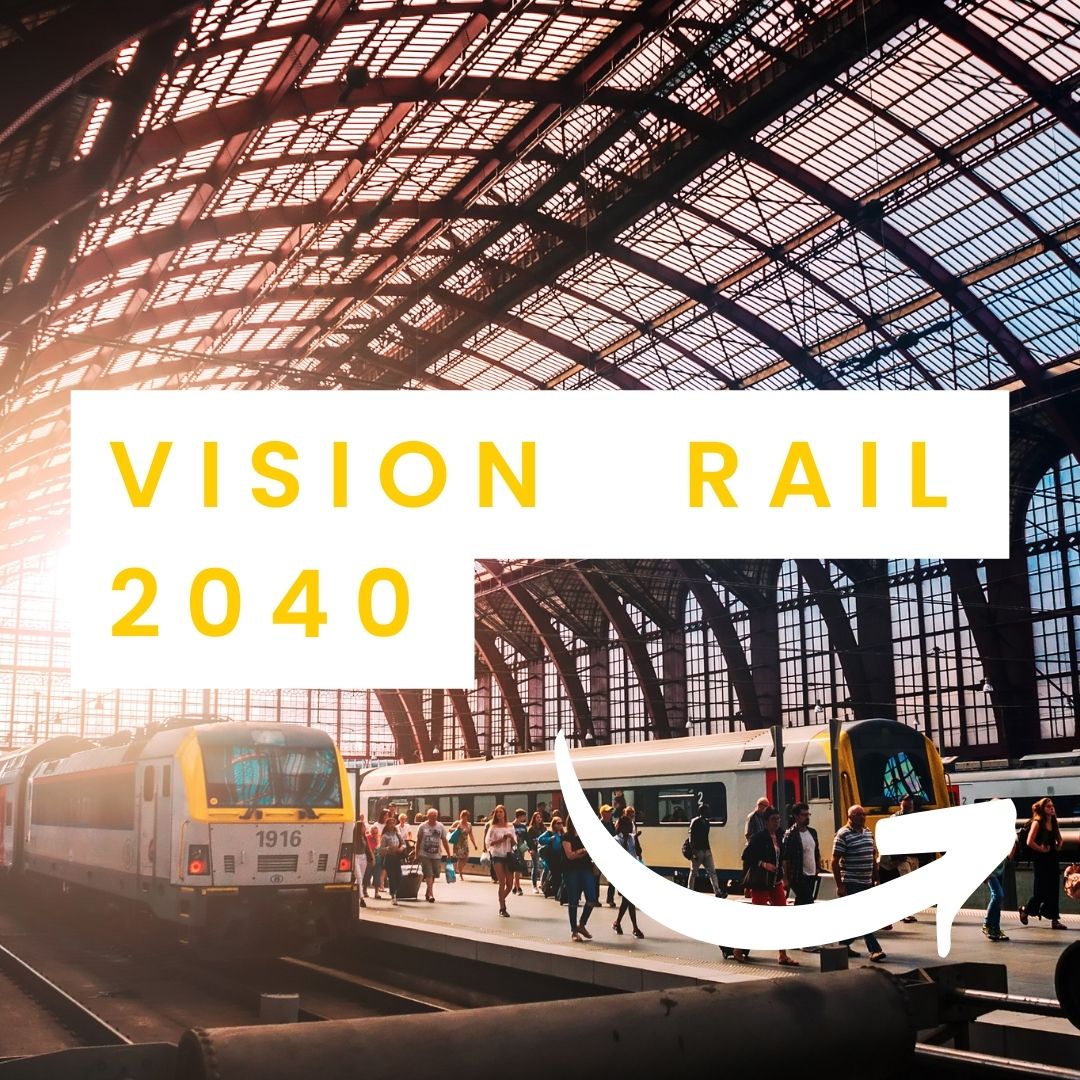 How Belgium plans to reinvent its railways

Thanks to a €3 billion investment

We’ve said it before, and we’ll say it again: the railways have allowed us to reach some of the most hostile parts of the world, from Tibetan summits to the Arctic Circle to the Western swathes of North America. These are technological achievements that really deserve our admiration. However, at a time when the protection of the planet is an absolute necessity, the modernisation of the railway network in a country known for being flat is no less honourable or important. Let’s dig a little deeper.

Since he began the job, Georges Gilkinet, the Belgian vice-prime minister and the transport minister, has put a lot of focus on the railways. In fact, he has launched an ambitious plan to transform both the freight and passenger-transport sectors: Vision Rail 2040. Its objectives are clear: more cargo, more travellers and better prices. The self-proclaimed environmentalist has put forward a number of arguments for this plan, which was launched in May 2022. “The train brings four key benefits: clearly in terms of easy of getting around (the more people and cargo carried by train, the less traffic jams there are), the economy (one euro invested in the railways puts three euros back into the economy), the climate (by reducing our dependence on fossil fuels) and public health (less pollution and also fewer roadd accidents)”, the Belgian press reported, adding: “All of society benefits.”

As far as passenger transport is concerned, Georges Gilkinet wants to increase train usage from 8 percent to 15 percent (as a share of journeys) by 2040. According to Belgian newspaper Metro, 80 percent of the country’s inhabitants live less than five kilometres from a train station. To convince the public to swap cars for trains, the minister has a three-part plan. Firstly, he wants to offer more services. Next, he wants to encourage people to travel at quieter times by lowering prices. Finally, he wants to encourage businesses to strike deals with SNCB (the Société Nationale des Chemins de Fer Belges), to offer free services to their employees. They can effectively sign up to a deal where the employer pays 80 percent of the cost while the federal government pays the rest.

The other particularly interesting aspect of the Belgian plan is the part accorded to freight. “The needs of freight are only known when time slots are booked, a short time before the cargo is transported. This lack of lead-up means businesses can’t invest in the most optimal way, with many forced to find any gaps in the passenger-transport schedule”, the plan reads, as reported by the Belgian paper L’Echo. To do this, a catalogue of timetable slots would be made available to railway firms, which could buy them in “a few clicks”. It’s a thoroughly modern approach, which really breaks with the complicated system currently in place. Add to that a desire to modernise infrastructure, neglected for a long time, by 2023, and getting rid of ‘deceleration zones’ by 2027. By 2030, the Belgian network should be upgraded so it can host 740-metre-long, four-metre-high trains, which is far more high-tech than the infrastructure currently in place.

This will obviously all come at a high price: €3.4 billion over ten years, on top of the funds allocated to the railways in the country each year. But what that sum could achieve is even more extraordinary. In every city, there will be trains every 30 minutes, and in larger cities this will be every 15 minutes. Services will start earlier and finish later, so everyone’s needs are seen to, including the poorest in society. The prices will also compete with flight fares. To do this, of course, VAT will have to adapt. “It makes total sense to favour modes of transport that respect the planet. However, today, VAT is 0 percent on plane tickets compared with 6 percent for trains – everything is the wrong way round!”, the vice-prime minister wrote in the Belgian press. So there are numerous struggles still to be won, but this one man’s determination and the ambition of his plan give us some hope. Let’s check back in 10, 20 and 30 years. Because that’s how long it takes to create a high-performing railway network that has the potential to change the world.

When Italy got in on the railway act

In the 1830s, the heads of state of the various territories that made up the Italian peninsula started to show interest in the promise offered by the railways.