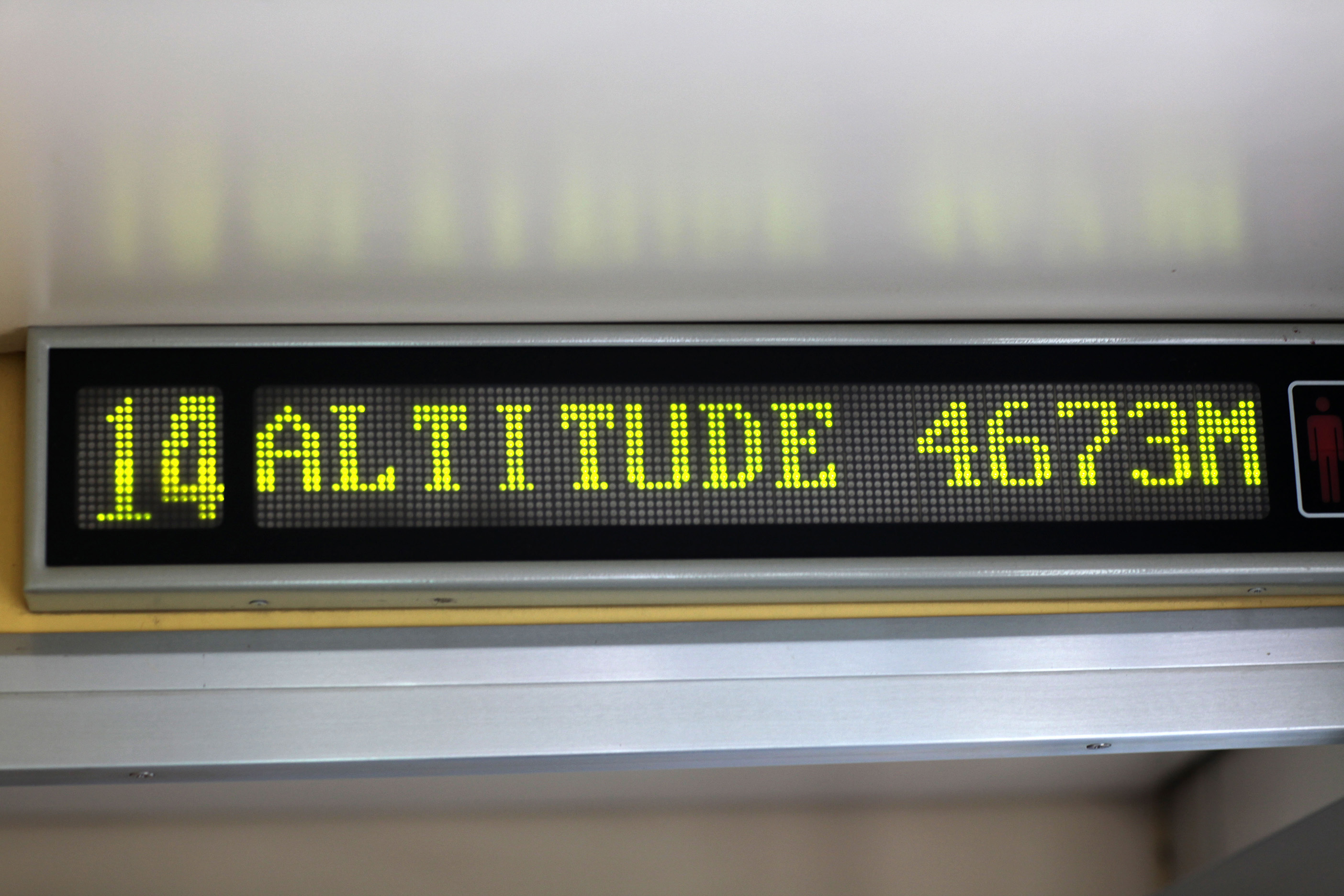 On the board the high-speed train to Lhasa

‍With its 150,000 kilometres of railway lines, China has the second most extensive train network in the world after the USA. But that’s not all. As well as getting involved with slightly far-fetched rail projects in South America, the country leads the way in high-speed travel more generally, with 40 kilometres of such lines, according to the Chinese government, with the aim of reaching 70 000 kilometres by 2035. And within this vast network you’ll find one rather unique line: the high-speed link between Lhasa and Nyingchi, also known as Linzhi, which opened on June 25 2021 and almost all of which is located 3,000 metre above sea level.

Picture this. You’re on the platform at Nyingchi, a city in the autonomous region of Tibet (one of five such regions in the People’s Republic of China). In front of you, an unusual train is preparing to leave for Lhasa, perched around 3,650 metres in the air. This is one of two high-speed trains managed by China Railway, the country’s national railway line, which have been running to this mythical city since 2021. Although they only travel at 160 kilometres/hour, compared with 350 kilometres/hour for many other high-speed services in China, they will allow you to reach the capital Tibet in less than three hours and a half, compared with the five hours it took beforehand.

While the difference may not seem all that significant, China is relying on such changes to revitalise the tourism industry and economy of this part of the country. According to Global Times, one of the official state media outlets, the line will be able to carry up to 10 million tonnes of freight per year. It also aims to provide better connections with the autonomous region of Tibet whose position within China (which was created in 1965) is still a subject of great controversy – we won’t go into that here. The Lhasa-Nyingchi is due to stretch all the way to Chengdu, the capital of the Sichuan province, which would mean it is extended from 435 kilometres to 1,629 kilometres. Its budget, meanwhile, would soar from 5.6 billion dollars to nearly 37 billion dollars.

But those aren’t even the most impressive stats. Some 90 percent of the route between Nyingchi and Lhasa is more than 3,000 metres above sea level, and even more wild is the fact that it reaches 5,100 metres at its highest point. That means travellers can take in majestic views over the surrounding valleys, rivers, waterfalls, mountain peaks and snowy landscapes that look like they’ve never been touched by humankind.Though the line is relatively short, it has no less than 47 tunnels and 121 bridges. One could even make our friend Gustave Eiffel a little jealous: the Zangmu Railway Bridge, an 525-metre-long arched bridge. Overall, around 75 percent of the Lhasa-Nyingchi route passes either through a tunnel or over a bridge, which allows it to circumvent ravines and mountains which reach up to 8,000 metres into the air.

At such heights, and in such conditions, there’s a risk you could suffer from a lack of oxygen. So the Chinese engineers installed a special system in the trains that allows the oxygen levels to stay at around 23.6 percent, compared with 21 percent in normal air. And that’s not all. The train travels so high up that it was necessary to kit out its windows with UV filters due to the sheer brightness of the reflection of the sun in the snow.And so there you have it: pretty much everything you need to know before climbing aboard this one-of-a-kind train. Over three and a half hours, and having passed through nine stations along the way, you’ll be quite literally on top of the world, in one of the world’s most mysterious places. The joys of rail travel, eh?