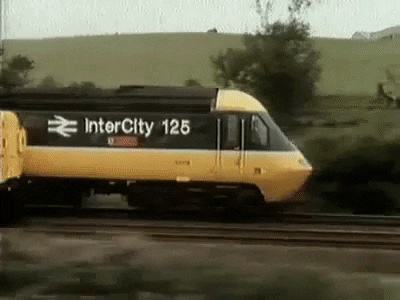 How opening up the railways has transformed the industry

Episode 1 – The UK, a pioneer of privatisation

In both France and the UK, the history of the railways is closely linked with the relationship between the private and public sectors. From era to era, networks have changed hands, leading to both good times and bad times for our favourite means of transport. One thing that’s certain, however, is that that relationship has become an important motor of change. That’s why we’ve decided to launch a new series of articles dedicated to the most significant moments in the privatisation of the railways. In this first episode, we’ll be taking a look at British Rail, first created thanks to the nationalisation of four big private railway firms.

The privatisation of British Rail, then the operator of the British railway network, certainly wasn’t an easy undertaking, especially given it was so unpopular with the public. When the conservative government of prime minister gouvernement conservateur du Premier ministre John Major, who had succeeded Margaret Thatcher, decided to go ahead with the plans, he faced loads of opposition. The public didn’t see the benefits of the project, railway experts dismissed the very idea of it, and the Labour Party promised to bring British Rail back into public ownership as soon as it returned to power. However, the decision was written into law as part of the Railways Act on November 5 1993. British Rail would be split up and its pieces would be sold off to several private operators.

To start with, the business was divided into smaller groups identical to those that existed within the public structure. On the passenger transport side, these were gradually split up into 26 regional groups, which were then sold  off. The businesses that snapped them up – including National Express Group, Virgin Trains, Go-Ahead, Arriva and First Group – were handed responsibility for running the lines for between five and 15 years. Between them, they would share a huge market of a billion annual passengers – roughly equivalent to the size of the network managed by SNCF in France.

The railway infrastructure itself was handed over to the private company Railtrack in 1996. Created especially for the occasion and listed on the Stock Exchange in the same year, the firm quickly lost favour with both the government and the people. It had handed over most key responsibilities to other businesses, and people were justifiably annoyed that they hadn’t brought any improvements to the UK’s rail network (and hadn’t made it economically viable either). The government decided to take back control of the operations in 2002, partly due to its inability to survive without public subsidies and partly because of the railway disaster at Hatfield. As well as having killed four people and injured 70, this well-known catastrophe led to a wholesale rethink of the British rail network that cost an estimated 580 million pounds, or 683 million euros.

The result was the creation of an entity called Network Rail, founded with the unique aim of buying Railtrack for 500 million pounds. Although it was private, this new business was declared ‘private without profit’ and had no shareholders or dividends to pay out to them. It was a game of semantics that allowed British leaders to not scare the population when using the word ‘nationalisation’, a concept still anathema to many Brits.

It would be another 20 years for the UK to take back control of passenger transport too. In May 2021, the government announced it would create Great British Railway, a public entity that would manage all private operators. From 2023, it will be in charge of pricing, timetables and connections, while the businesses will have to make sure the trains run on time. Transport secretary Grand Shapps said the shake-up would be the ‘biggest change to the railways for 25 years’. What he didn’t say, was the word ‘nationalisation’. Nor will he or his successors ever, probably.