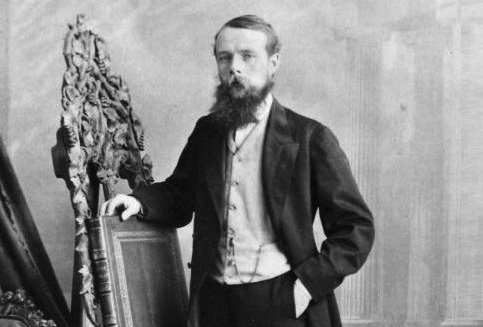 Our series on the great families of European and North American rail travel is turning its attention to the family that might best be referred to as the Stephen clan. Why? Because rather than being a group of brothers like the Pereires or a dynasty like the Rothschilds, the Vanderbilts and the Peases, this time we’re talking about a hodgepodge group of cousins who didn’t all have the same name. But it’s above all George Stephen who we’ll be most interested in. Having arrived in Canada at the age of 20, this Irish immigrant was one of the principal architects of the railway industry in this part of the world, and was the first Canadian to be ennobled. Quite a character, in other words.

Stephen was born in 1829 just outside Dufftown in Ecosse, the son of a carpenter and a farmer’s daughter. Having been brought up poor, he was determined to succeed and earn money. Nothing was going to hold him back. He wasn’t going to do what his companions did and sit idly at his school desk (despite one of his teachers describing him as having an extraordinary gift for maths). Instead, he left to work in textiles at just 14.

In 1850, two years after moving to London, George left for Montreal on the invitation of his cousin William Stephen. The latter needed someone to help him in his business importing products from Europe. George was drawn in by the riches and immense opportunity of the New World. So he went to Canada, where his sister and father had also moved a few years earlier, and started to work with his cousin (until the latter died in 1862). He now took charge of the business with his brother, before selling it on a few years later. But George had other projects that were far more ambitious than the family business.

With another of his cousins, Donald Alexander Smith, who he only met in 1866, Donald Alexander Smith spread his bets all over the place. The two men invested cleverly in several different areas – textiles, insurance, banking, metal tool manufacturing – and got rich, fast. They became so rich and powerful that George became president of the Bank of Montreal in 1873. Despite this success, George had his eye on another fast-growing industry: the railways. His cousin Donald wouldn’t stop selling it to him. With other business partners, they started by buying an unfinished line on the St Paul and Pacific Railroad in the American state of Minnesota, extending it to Winnipeg in Canada.

This project was a huge investment, which was made possible thanks to a short-term loan from the Bank of Montreal (which George presided over). In financial circles, it was said that he used his influence to strike favourable deals. The press pounced on the story and gave the cousins a hard time. But this didn’t get in their way: their railway business was making money even before the line was extended to Canada.

George and Donald were set on going further, and set about building a transcontinental line going from the east to the extreme-west of the country in British Columbia: the Canadian Pacific Railway (CPR). This formed part of a government pledge to connect this territory with the Confederation formed by the provinces in the east. The contract had initially been given to another transport magnate but a political scandal had disrupted that venture. So it was handed instead to a group led by George and Donald.

The amount of money spent on the project was extraordinary. According to the official Canadian encyclopedia, the Canadian Pacific Railway received $25  million in cash and around 25  million acres (10 million hectares) of land for the railway route. Add to that $37 million to cover surveying costs and a 20-year monopoly on the routes south towards the USA. But construction proved very difficult indeed – driving costs far beyond George’s initial predictions.

As was the case when the first transcontinental route was built in the USA, the most high-tech feats of engineering had to be deployed to cross the rocks, peat bogs, mountains that stood in its way. The work was carried out by thousands of extremely poorly paid Chinese workers, due to the lack of locals in many parts of the country. And they also angered native populations, despite agreements between the latter and the Canadian government – something we may delve into in further detail in a subsequent piece.

But back to George. He had been absent when his cousin officially inaugurated the line in 1885, but the following year had one hell of a surprise in store. In 1886, while the first passenger train was leaving Montreal for Port Moody, he was named baronnet, a title between chevalier and baron, by the British Crown. But that didn’t get to his head: he continued to run all his businesses, expanding his railway empire as much as he could. In 1891, he was named a baron in honour of all his work, making him George 1st Baron Mount Stephen. He became the first Canadian to join the House of Lords and, despite the distance he had to travel, would regularly take up his seat. Like we say: a rather extraordinary character.

The great families of the railways - Episode 1

Emile and Isaac were both born in Bordeaux, on December 3 1800 and 25 November 1806. They were brought up in a Jewish family who had to flee first Spain and then Portugal, and were grandsons of Jacob Rodrigue Pereire, a pioneer of education for deaf and mute children.

The great families of the railways - Episode 2

James in the second instalment of our series on the great families of the European and US rail industry.

The great families of the railways - Episode 3

They may not be as well known as the other two, but this clan produced two real pioneers of the railways: Edward and his son Joseph.