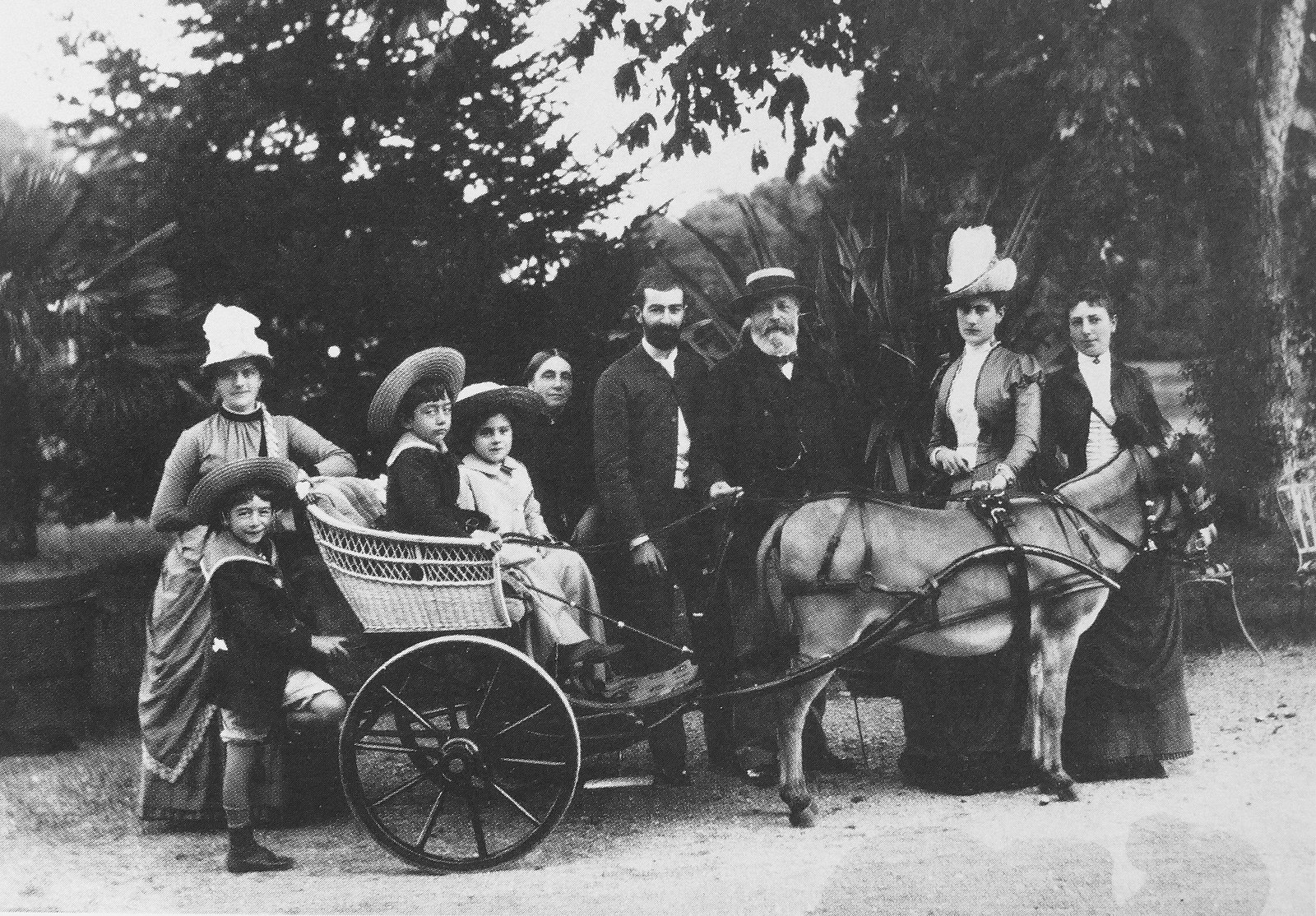 If you’ve read our series on the great nationalisations and privatisations of the railways, you’ve probably noticed the same names coming up again and again. So we’ve decided to launch a new series of five articles dedicated to the great families of European and American rail travel, starting with the brothers Émile and Isaac Pereire.

Emile and Isaac were both born in Bordeaux, on December 3 1800 and 25 November 1806. They were brought up in a Jewish family who had to flee first Spain and then Portugal, and were grandsons of Jacob Rodrigue Pereire, a pioneer of education for deaf and mute children. They were raised by their mother Rebecca, who struggled financially. At 22, Emile, the elder son, was sent to Paris to live with his uncle and family friend, Isaac Rodrigues-Henriques, where his brother joined him a little later.

For the Pereires, family was everything. So much so, it led to some quite odd situations. Emile married Rachel, his first cousin, in 1824. Sixteen years later, in 1840, his younger brother Isaac married Emile’s daughter, Fanny, and they had four children together. Such was the way back then. But the two marriages spoke volumes about the closeness between the two brothers. They rarely argued and their lives ended up moving in pretty much exactly the same direction.

That family friend, Isaac Rodrigues-Henriques, also gave them a leg-up by introducing them to important financial circles. There they met some of the most prestigious families in the banking world, like the Rothschilds, the Hottinguers and Bénédict Fould. The Pereire brothers also got involved in financial journalism, working with the newspapers Le Globe, Le Journal des Débats and Le National. But their ambitions were much greater. While France was only taking tentative steps when it came to building a railway network, the two brothers saw the potential immediately. Through their articles, they meticulously and passionately set out the case for expanding the railways.

Born entrepreneurs Emile and Isaac weren’t content with just writing and also wanted to get involved in the business of the railways. After much wrangling and discussion, Emile Pereire persuaded King Louis-Philippe to give him permission to run the Paris-Saint-Germain line in 1835. But without the means to finance the project themselves, they turned to friend James de Rothschild who, alongside a few others, invested in the line.

They faced a number of obstacles along the way. Although the route didn’t pass through tricky terrain, they did have to build railway bridges and dig a tunnel. And then there was the need to expropriate several buildings, not to mention the difficulty they met in having to persuade locals who were suspicious of this novel mode of transport. And the route was cleverly chosen. The city of Saint-Germain-en-Laye, which wasn’t that far from Paris, was one of Parisians’ favourite destinations for a weekend walk. The line was inaugurated on August 24 1837 in the presence of Queen Marie-Amélie and her sons. The King opted not to climb aboard, as his advisers feared for his life (and were no doubt put off by the reputation of the railways at the time).

The success was immediate and the Pereire brothers kept trying to persuade the government to invest in the railways. In 1845, Emile was involved in setting up the Compagnie des Chemins de Fer du Nord with James de Rothschild and several other powerful bankers. For his part, Isaac was among the managers of the Paris-Lyon line, with Laffitte. But that’s not all. They also invested in various different ways, at various different levels, in the development of the railways in Algeria, Austria and Spain. One of the key turning points later came in 1852 when, helped by the accession of Napoléon III, they were given the concession for the Compagnie des Chemins de Fer du Midi and founded Crédit Mobilier. That’s also when they started to distance themselves from the Rothschilds, the reasons for which are still subject to debate. Some say jealousy, others cite political and economic differences.

And the Pereire brothers’ investments weren’t limited to the railways. The mining industry, the maritime sector, property, insurance, warehouses: there was very little they didn’t touch. At the end of the 1860s, their fortune was estimated at between 100 and 200 million francs. Nonetheless, they worked hard, hardly making the most of their money and regularly organising parties for their huge network of contacts at their mansion on the Rue du Faubourg Saint-Honoré. In the Parisian salons, rumours circulated that this made James Rothschild, their old ally, mad with jealousy. Without a doubt, the Pereire brothers had mastered the art of acting as the powerful did. In 1863, they even became MPs, Emile in Gironde and Isaac in the western Pyrénées. Further proof, if any were needed, of the closeness between the two brothers.

But things eventually went wrong for Emile and Isaac. On top of the Rothschilds becoming their rivals, they had several other enemies, including the national Bank of France. And for good reason: they had created a second institution for circulating money. That’s how ambitious they were. Dodgy investments ended up emptying the coffers of Crédit Mobilier, and the Pereires’ enemies in the finance world started to make moves. The brothers were forced to quit the management of their business just as they turned their finances around in 1867. But it would take a lot more for them to retire. In the 1870s, they got back to the grind and gradually reentered the same financial circles. They even started investing again, notably in the railways, mostly around Arcachon where they were based. Without ever having stopped working, Emile died in 1875, followed by Isaac in 1880. The two pioneers were united by blood and by the railways, and are undoubtedly in the same place right now.

We’re launching a new series on the great nationalisations in European rail, starting with the one that took place in Italy between 1903 and 1915.