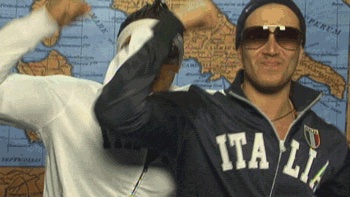 Following our series about the opening up of the railway sector, this week we’re launching a new series on the great nationalisations in European rail, starting with the one that took place in Italy between 1903 and 1915. It all came about as a result of the creation of the Kingdom of Italy, and happened well before those that took place in Spain in the 1920s, and in France and the UK in the 1930s.

In 1861, the Kingdom was founded following various wars of independence that are known today as the Risorgimento. At the time, only 18 percent of the 2,189-kilometre network was under the control of the new state. But the country’s leaders were determined to change things so they would oversee the entire network and to help establish unity over the long-divided territory. This was to take quite some time.

That same law also ensured that there norms for the construction of railways were adhered to across the country in order to the most coherent and best-functioning network possible. It also made the distinction between private and public rail much clearer. Privately run lines were no longer handed state subsidies, but were still entitled to loans. In other words, the Kingdom of Italy was making the most of the principles of market competition to accelerate the expansion of its network.

But it was to be another 40 years before the railways were properly nationalised within Italy. Starting in 1903, the project really picked up pace in 1905 with the Fortis Law, named after then-prime minister Alessandro Fortis, which was introduced on July 1 that year. This enacted the creation of the Ferrovie dello Stato, the state railway firm, which would oversee 13,075 kilometres of rails, handed over from the Società per le Strade Ferrate del Mediterraneo, Società Italiana per le Strade Ferrate Meridionali and the Società per le strade ferrate della Sicilia.

As well as the railway network itself, 75,871 workers, including more than 21 000 on fixed-term contracts, were to join this new public enterprise. Most of them came from the old private firms, but some also came from the official rail inspection group and the ministry of public works. It was a real army, one which the director-general of the Ferrovie dello Stato, Riccardo Bianchi, was to use to really modernise the network.

‍Over the course of a decade, the man now considered one of the architects of today’s Italian rail network went all out to repair and make uniform the entirety of the formerly private lines. As well as all the technological differences between different routes, these companies often left behind them shoddy, outdated and badly maintained equipment. Bianchi was also instrumental in pushing through the electrification of the Italian rail network. But after ten years of loyal service, as World War I loomed, he was removed from the job. His departure signalled the end of the era of nationalisation, and the Italian railway sector would only be opened up to private competition decades later.