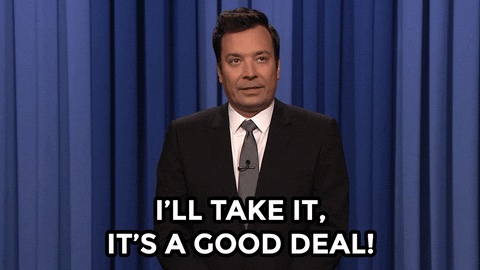 The EU awards €101 million to a Sicilian train

At the end of September 2022, the European Commission signed off funding worth €101 million to modernise the Palermo-Catania-Messina train line. While this would not cover the entire costs, it was a huge sum – and a good jumping-off point to look at Brussels’s relationship with the railway industry.

The first thing to note is that, as of several years, the fight against global warming has been a key focus area for the EU. Four years after the Paris Accords were signed in 2015, officials launched the European Green Deal. Its aim? Make Europe carbon neutral by 2050. This was accompanied by a vast legislative package called ‘Fit for 55’. This contained various measures aiming that would allow the EU to reach another, earlier goal: to reduce greenhouse gas emissions by 55 percent by 2030 (compared with 1990 levels).

It was in this context that the commission awarded €101 million to the Palermo-Catania-Messina line. Elisa Ferreira, the European Commission for Cohesion and Reforms, said the money would serve to boost Sicily’s tourism industry. She added: ‘The EU is investing in improving competitiveness and quality of life in its peripheral regions. Citizens and businesses will benefit from better railway links, which will be quicker and more frequent. This is a crucial investment to boost Sicily as a destination and encourage the use of more sustainable forms of transport. It will make the island more accessible and a more attractive place to live and work. Step by step, we are making the Green Deal for Europe a reality.’

Her words may sound a bit vague, but officials have now set up exactly how the money will be sent. According to the European Commission website, it will be used to dig two tunnels (34.75 metres and 92.85 metres long respectively) and to build 17 viaducts. Those works make the route from Palermo to Messina much more efficient. Double tracks will also be built on certain parts of the line so two trains will be able to pass along the route simultaneously. That will allow operators to increase the frequency of trains and reduce journey times.

According to the European Commission, it will also improve accessibility to the ports of Catania, Palermo and Augusta, as well as the airports in the first two. Thus the entirety of the island’s transport network will benefit in some way from the improvement of its railway links. It’s a great example of how trains can help link up diverse parts of a given territory, without the need to resort to private cars.

The allocation of such a large amount of money also demonstrates the desire of EU officials to boost Europe’s so-called ‘peripheral’ regions. Places like the ports of Sicily have often suffered from a lack of investment and need to be better connected with Europe’s economic centres. To achieve this, the EU is counting on creating and improving existing railway instructure – making routes quicker and more efficient (and at the same time drawing people away from cars and planes). Fingers crossed all the promising work continues.

Step back and take things slow

Just a few years ago, the international press was raving about the ‘Erasmus generation’. These international students, often very privileged, wouldn’t have been able to sate their desire to explore the wider world without one incredibly useful tool: Ryanair.

Germany’s €9 rail pass: what impact did it have?

On June 1, Germany launched a new initiative that sent what could almost be described as shockwaves through the rail industry