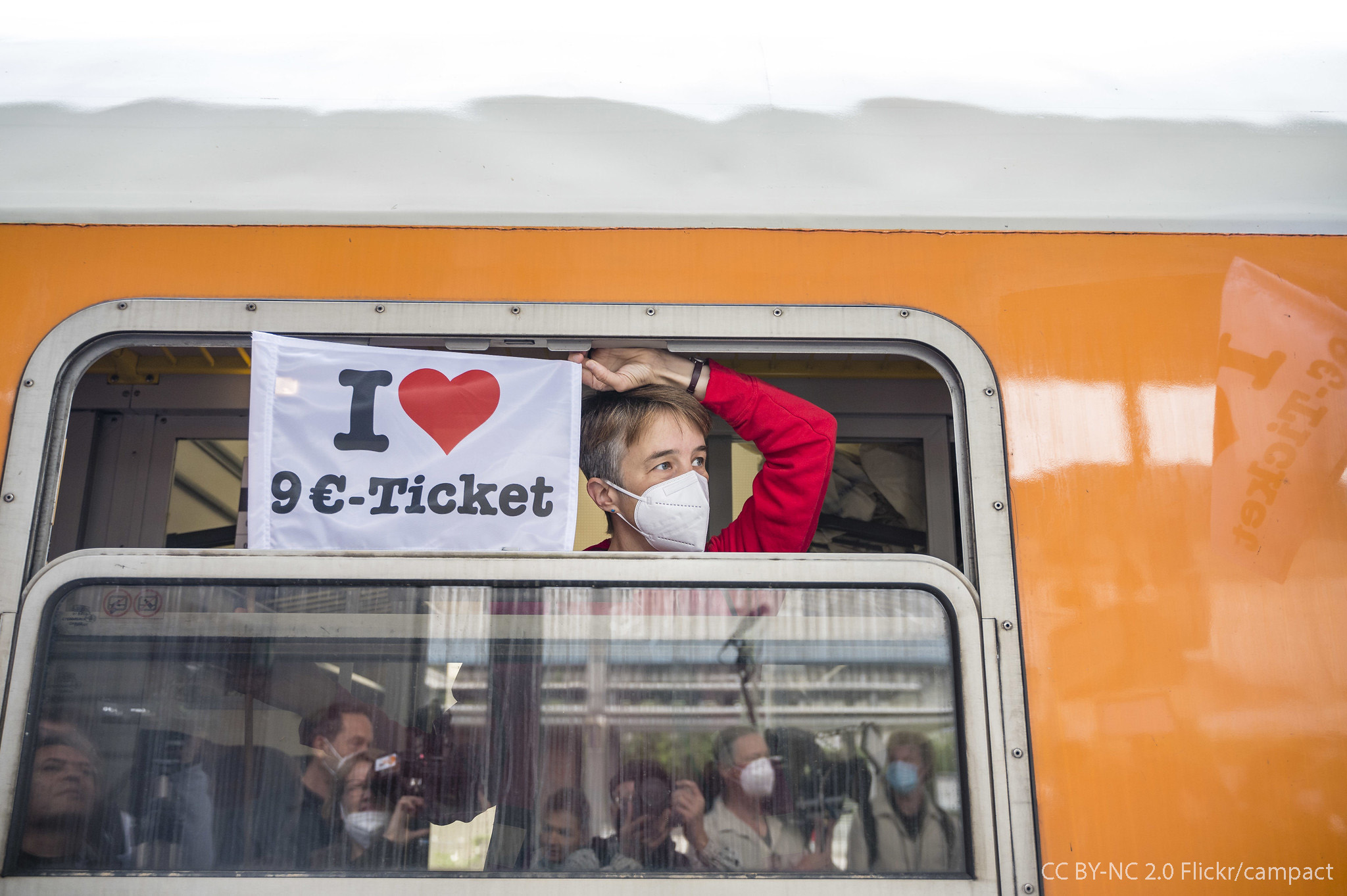 Germany’s €9 rail pass: what impact did it have?

A quietly radical initiative that we can all get behind

On June 1, Germany launched a new initiative that sent what could almost be described as shockwaves through the rail industry: a €9 ticket that would allow users to travel on all regional public transport and trains within the country for a whole month. Lasting three months, from the start of June to the end of August, the initiative from Olaf Scholz’s government aimed to help Germans during the cost-of-living crisis, while also encouraging them to swap cars for public transport on their summer travels. Hard to fault that as an idea, right?

And the German public really took to it, with nearly 40 million of the passes being sold during the summer period. The initiative was an undeniable success: millions of people who wouldn’t normally use public transport were getting on buses, trams and trains throughout the country. In fact, a survey from Civey between August 1 and 8 2022 for Der Spiegel revealed that 55 percent of Germans wanted the passes to last beyond that three-month period. Interestingly, the figures varied greatly from place to place, with just 40 percent of people who live rurally supporting the initiative, compared with 80 percent in the major cities.

However, at the time of writing, the government hasn’t extended the initiative into September. There are a few reasons for that. The first is the price of the ticket. While passengers only have to stump up €9 each month, the programme has cost the German state more than €1 billion. That led the German transport minister, Christian Lindner from the liberal FDP party, to oppose the extension of the passes. Scholz’s coalition government has been divided on the issue, with the Greens refusing to let the cheap passes go. They even proposed that they could be a more reasonable €29 for unlimited travel within your region and €69 for the whole country.

The launch of the pass also posed quite a few structural issues for the country’s rail network. Deutsche Bahn (DB), which hadn’t been fully consulted about the plans beforehand, carries around three million passengers in its trains each week. The only problem? Despite adding more trains to the timetable, the network really wasn’t prepared for the influx of passengers without reservations. As reported widely in the international press, this led to truly chaotic scenes. In the pages of Le Monde, Martin Burkert, vice-president of a railway and transport union, recalled how he saw passengers fall from overflowing carriages as the doors opened when they arrived at their destination. Passengers and workers described packed, delayed trains, restaurants that were impossible to reach, and toilets, lifts, escalators and signs almost universally not working or out of order. With safety the priority above all, railway staff clearly weren’t able to see to other problems in stations and trains.

And perhaps most damning of all is the fact that the initiative has only had limited effect on the climate. According to the Federation of German Transport Companies (VDV), only 3 percent of pass holders had left their car in its garage or parking spot. While the supporters of the programme saw this as a clear positive, its detractors saw in the infinitesimal figures a huge waste of money that benefited above all better-off urban populations. Regardless, the number of tickets sold in this country of 83.2 million people clearly shows that there is great public enthusiasm for such initiatives.

Like any environmental policy of such vast scale, good intentions aren’t enough. The initiative may have had more chance of succeeding if it seemed less like a political move than something all groups and parties could get behind (and collaborate on). If the key actors in the railway sector had been involved from the start: the government, regional authorities, operators old and new, various unions, passenger associations and so on. However, now we know how popular the scheme was among Germans (and that the rest of Europe would no doubt be keen on it too), it’s only a matter of time before the initiative is revived. This time, we hope, with better planning.