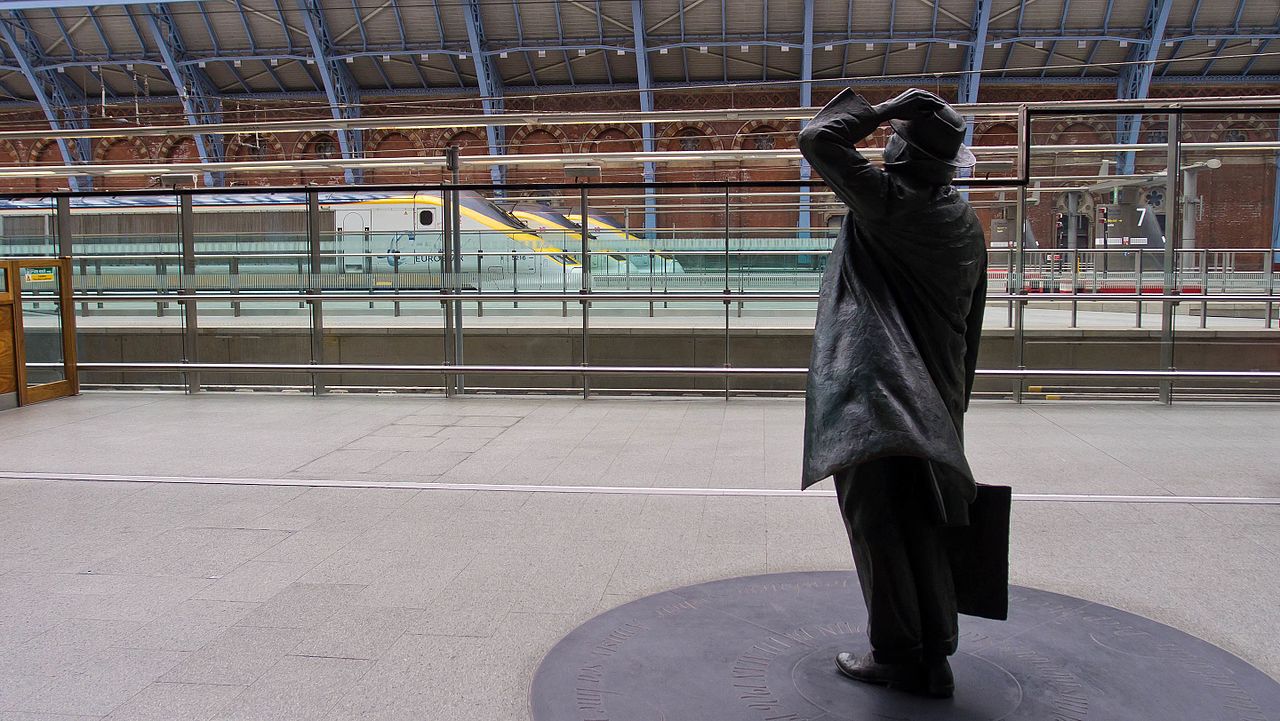 Brexit and the pandemic: a lethal cocktail?

The term Entente Cordiale has never seemed so ironic. The refugee crisis, the endless disputes over fishing: no issue seems serious enough to convince the French and British governments to share their responsibilities as neighbours. And the railways are no exception.

Around three decades ago, the construction of the Channel Tunnel may have taken some pretty absurd turns, but still today the underwater road remains a vital connection between the two countries (and a source of great pride). However, the Eurostar, the jewel in the tunnel’s crown, has suffered greatly in recent times.

Brexit meant Getlink (formerly Eurotunnel) had to create new customs arrangements – unused until 2021 – that cost a whopping 47 million euros, while Eurostar carried 1.6 million travellers in 2021, compared with 2.5 million in 2020 and 11.1 million in 2019. Travel restrictions, in other words, led to a 85 percent drop in Eurostar passenger numbers. And by all accounts, the British and French leaders haven’t offered up much support (when could have avoided it the worst).

To understand the issues, let’s dissect the structure of Eurostar a bit. Right at the beginning, it was co-owned by the Société Nationale des Chemins de fer Français (SNCF), which had 55 percent of shares, and the UK, which had around 40 percent. Not content with its brilliant idea to hold a referendum on EU membership, David Cameron’s government decided to pull out from Eurostar in 2014. Its shares were sold to the British investment fund Hermes Infrastructure (10 percent) and the Caisse des Dépôts et Placements du Québec (30 percent).

So when the pandemic hit, the British government didn’t fancy helping out a business that it didn’t have a stake in any longer. But the French weren’t open to the idea, either. Pointing to the fact that Eurostar was technically a British subsidiary of SNCF, they prevented it from benefiting from state support and loans. That’s right: the same support that was rather generously offered to airports and companies like Air France.

The result? Eurostar, that emblem of the Entente Cordiale, that symbol of the train finally, gradually getting one up on the plane, nearly snuffed it, just after having celebrated 25 years of existence. It owes its survival to its leadership, which reached an agreement with banks and shareholders to the tune of 290 million euros. Bankruptcy has been avoided – at least until the end of March 2022.

So, how long will the respite last? Renfe, the national Spanish railways, has thrown gas on the fire, announcing that it plans to launch a rival to Eurostar on the Paris-London route. Bravado? However serious the Spanish are, Eurostar must act. And its lifeline, it seems, could be a project code-named Green Speed.

This refers to the idea of a merger between Eurostar and Thalys, two giants of European rail. While Thalys has also suffered during the global health crisis, it has come out fighting stronger than Eurostar. And so a collaboration between the two – involving the sharing of trains and equipment, and the pooling of resources – could certainly have a positive economic impact.

So far, the merger is on track. The newly created international firm, whose majority shareholder would be SNCF, would indefinitely operate trains under the Eurostar brand: blue Eurostars would go towards London, while red ones would head to Brussels, Amsterdam and Frankfurt. The European Commission still has to give it the go-ahead, given competition rules, but things are looking promising. This new European rail giant plans to have its HQ in Brussels. Perhaps it could make that city the true capital of the EU?

Those interested in the intersection of rail travel and international politics should check out the book Géopolitique du Rail by Antoine Pecqueur, who dissects with brio the way the train has influenced borders and zones of influence around the world.

We’ll be lifting the lid on an application of the railways that is perhaps best viewed from space. Because while the general tendency of the rails has been to connect nations, to share goods ideas and to bring people together, in some cases they’ve been used to divide and cut regions off from the rest of the world.