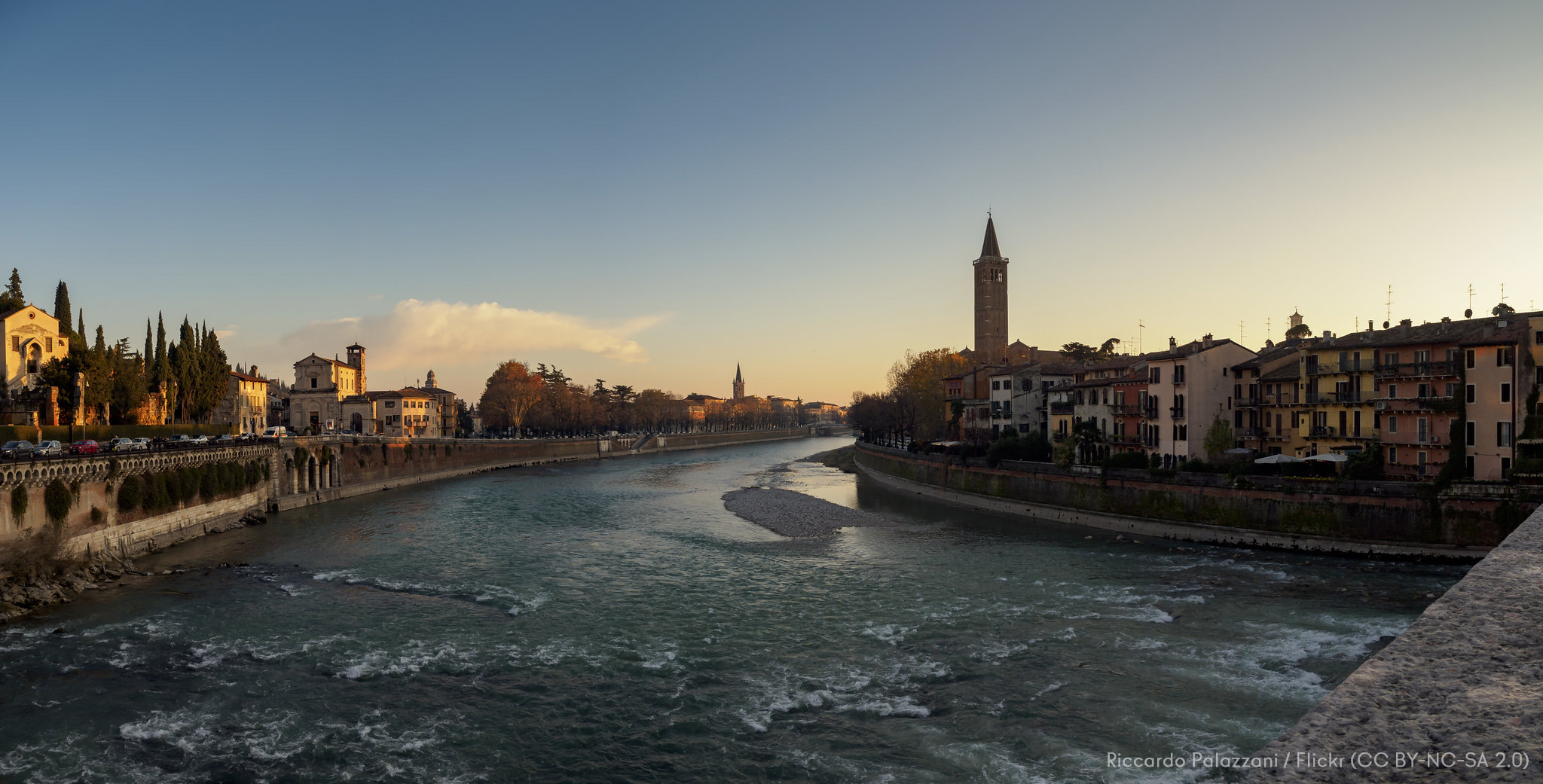 Midnight Weekly is heading off to a city that a lot of people know the name of, but haven’t necessarily visited: Verona. Known as being the setting of Shakespeare’s famous play Romeo and Juliet, and also ‘the city where everyone hates each other’ in the musical comedy of the same name, it’s above all an exceptional destination for a weekend break. After Leipzig, Sarajevo and Manchester, let’s head on a tour of this thoroughly romantic city.

As always, we’ll be kicking off our weekly trip in the historic centre of the city. A real architectural jewel, Verona has everything that makes Italian cities so beautiful. Take in the stunning Lamberti Tower, which looms 84 metres above the city. Wind along its cobbled alleyways and find the house that is reputed to be that of Juliet Capulet, under the balcony of which Romeo famously declared his love. Make sure, also, to pass through the Piazza delle Erbe whose colourful market is really worth a detour.

Now that you’ve discovered the heart of Verona, it’s time for something a little different. Time to head underground. Like most old Italian cities, the former rival of Venice boasts an incredible underlayer made up of several former versions of itself. Called Verona Underground, this spectacular subterranean route will take you back in time in style. But it’s not for the faint of heart (especially if you suffer from claustrophobia). Afterwards, head to Piazza San Zeno where a weekly Sunday flea market offers yet another perspective on life in the city.

It’s no secret that Italian cuisine is basically always delicious. But if you want guaranteed good times (and excellent food), Il Cenacolo is a safe bet. This institution has been going since 1980, and serves up ultra-traditional Veronese dishes with fresh, local produce. One word of advice: try the tortellini di Valeggio and the risotto all'Amarone della Valpolicella, cooked in the wine of the same name.

And now to go to Valpolicella itself. This small hamlet just outside Verona is already pretty well frequented by wine connoisseurs. Why? Because it’s surrounded by vineyards producing interesting (and generally underappreciated) wines. Head over for a tasting in one of the area’s many excellent wine bars.

After that, back to Verona, where you should seek out the city’s finest modern art. There are two particularly excellent galleries. Start at FaMa Gallery. Viewed by its director, Masha Facchini, as the ‘nexus’ of contemporary art in Verona, this place’s rather ambitious aim is to bring together the most brilliant local artists and put on Italy’s most creative exhibitions. And most impressively, we’d say they actually manage it. If you fancy checking some more art after that, head to Studio la Città. Just beyond the city centre, this gallery was designed to host larger-scale artworks (sculptures, installations, multimedia shows), and is predictably dazzling.

Round off your day with a trip to Casa Perbellini. Giancarlo Perbellini has won two Michelin stars for his fancy dishes, served up here in a rather informal setting, and it’s worlds away from the stuffy establishments that usually bag all the awards. Perhaps the best thing about the place is the open kitchen, right in the middle of the room. That gives punters the impression that they’re dining in their own living room, and very much in a good way. The wines are also on point, and that makes it the perfect place to while away the evening among friends.