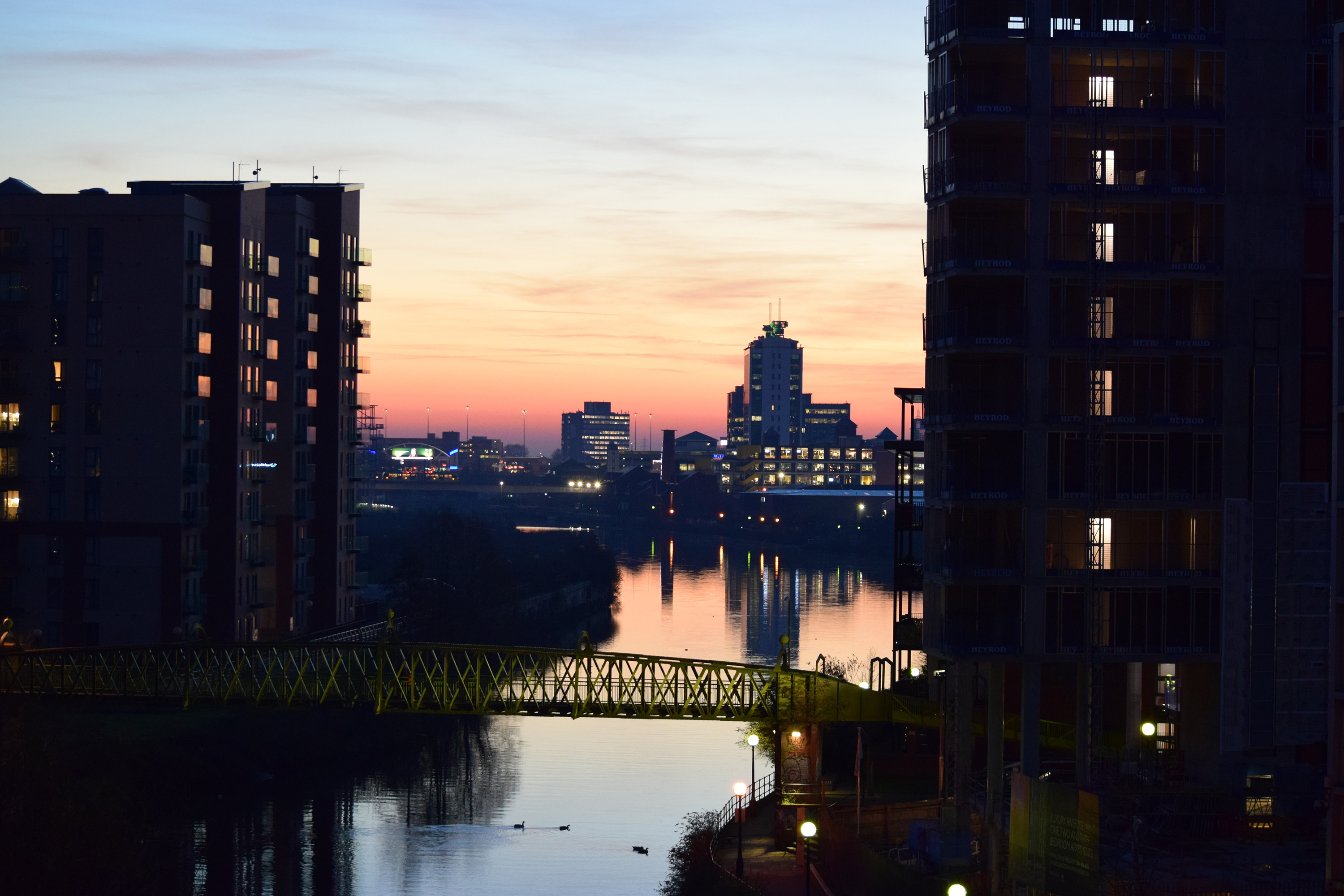 A weekend with the Red Devils

This week Midnight Weekly is heading to the UK. Having just visited Warsaw and Dubrovnik, now it’s time to have a look around Manchester. Famous for its football clubs and industrial history, today it has transformed into a modern and brilliantly alternative metropolis overflowing with creative energy. Here’s how to do the city right.

Travelling to England without sampling a full English would be travesty. So as soon as you leave the train, hit up Banyan Café in the Castlefield neighbourhood. Often described as the city’s best breakfast spot, this lovely place serves up eggs, bacon and all the usual indulgent accoutrements. There are various sweet and vegetarian options for those who want them. The location is pretty handy, too.

Make the most of where you are by exploring the rest of Castlefield. As well as being home to the Roman fort of Mamucium (which gave its name to the city), it also boasts several  splendid canals where Victorian terraces, revamped industrial buildings and pretty canal boats mingle. If you’re into that post-industrial chic, you should also head to cultural centre HOME. This incredible glass-fronted space puts on all manner of excellent exhibitions, musical events, screenings and a whole lot more.

Manchester may have been profoundly shaped by its industry, but the city contains plenty of other beautiful historic buildings. If you only have time to visit one, we’d go to the John Rylands Library. In essence, it feels like the library from Hogwarts – all statues, vaulted arcades, centuries-old artworks, coming together to create a truly magical atmosphere. Both kids and adults will adore it.

As for lunch recommendations, we’re not going to recommend an individual address, but an entire neighbourhood: Chinatown. The UK’s second-biggest East Asian neighbourhood will transport you to lands far, far away, with street food ranging from dumplings made before your eyes to Japanese noodles to unbeatable Vietnamese pancakes. If you do want a specific place, we’d suggest Yuzu, a temple to japanese gastronomy that comes acclaimed by critics and the public alike.

Next up, head to the Northern Quarter to discover the real soul of the city. Here, in this buzzing and fast-changing neighbourhood, you’ll find the city’s most beautiful abandoned industrial buildings. You can enter and explore several of them – more often than not transformed into edgy art galleries or small alternative shops, and covered in street art and greenery. For more on the fascinating history of this city, we’d suggest heading to the People’s History Museum, entirely dedicated to the UK’s working class.

Now it’s time to party. Start at Shambles Square, which is filled with half-timbered buildings that house the city’s most typically British pubs and restaurants. And for something a little more flamboyant, try the Gay Village. The city’s LGBTQ+ district is filled with bars that make the perfect spot for a few pre-dinner drinks.

Finish up your tip with a meal at Mana. The city’s first restaurant to receive a Michelin star since 1977, this magical place is helmed by chef Simon Martin, who has described it as ‘living’, ‘evolving’ and ‘immersive’. That vision gives way to plates that celebrate both the seasons and all ingredients that feel typically British. It’s a real gastronomic experience, paired perfectly with an excursion to one of the city’s many rock clubs.

Say you’re off to the city for a week or so sometime soon, there are loads of amazing exhibitions you should check out. Two of them will take you on a trip back in time.