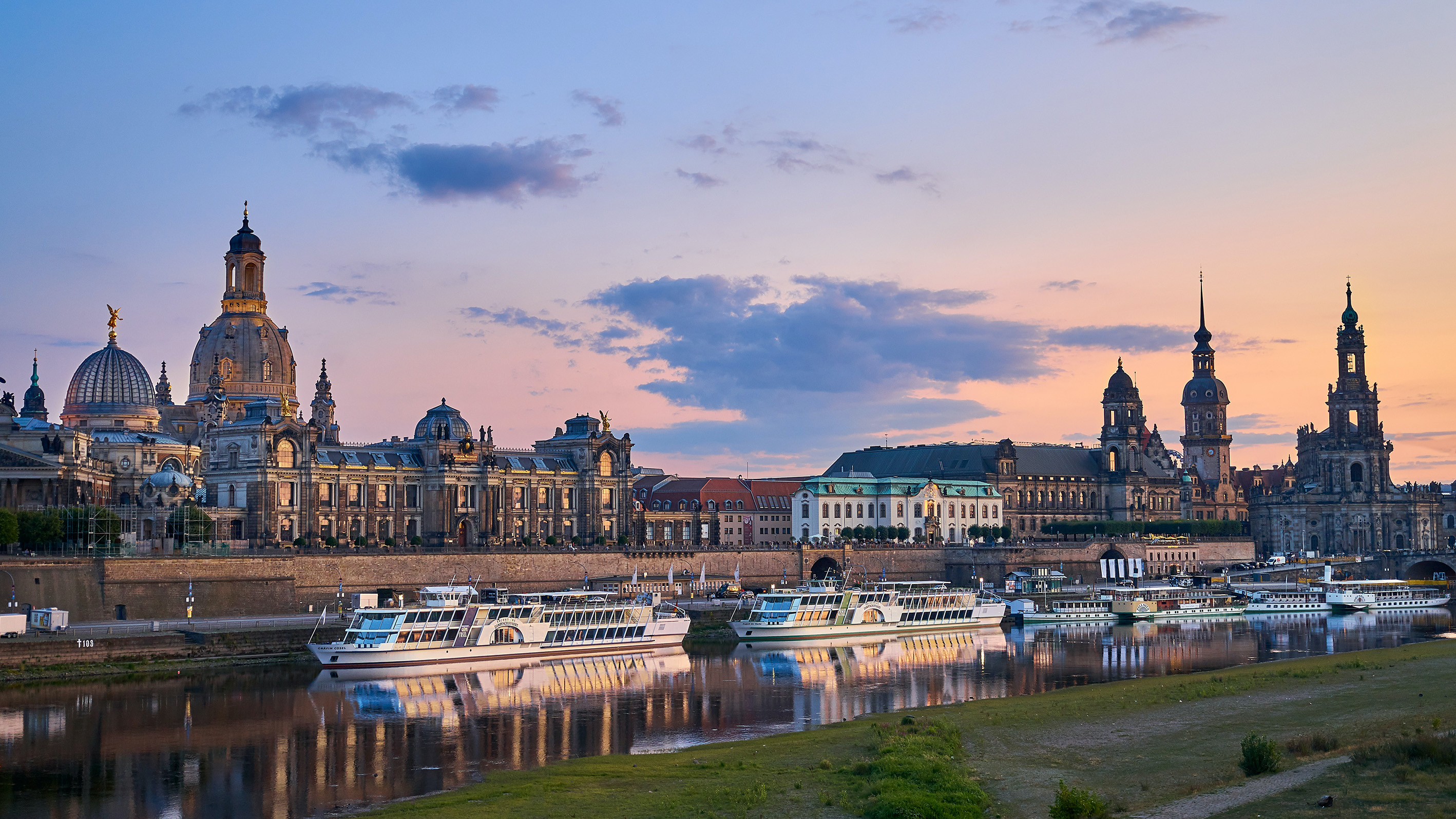 We may have kicked off this edition of Midnight Weekly in the depths of the Gare de l’Est in Paris, but now we’re now heading much further east – to introduce you to one of Germany’s most beautiful cities (unjustly much less of a draw for tourists than the likes of Berlin, Hamburg and Munich). That’s right: this time, we’ll be stopping off in Dresden, not far from Germany’s border with the Czech Republic.

The Florence of the Elbe. That’s the rather flattering nickname given to this city, so ravaged by human folly throughout its history. First it was largely destroyed by a fire in 1685, before being rebuilt for the first time and receiving its distinctive baroque look. Later, in 1945, it was heavily bombed at the end of World War II, destroying no less than 90 percent of the city. Yet again, its historic centre was meticulously rebuilt, brick by brick. The Florence of the Elbe is a phoenix with resilience written in its DNA.

So it feels apt to start your visit to the city by admiring the Frauenkirche, a church which was reconstructed just as used to be after the Iron Curtain fell, between 1994 and 2005. Before it was destroyed, this majestic baroque building was the largest place of protestant worship in Germany. After it was razed to the ground by bombs, the site was neglected for years and years. These days, the old stones that date back to the original building and the new beige ones slot marvellously together. Head to the top to gaze out over the city and the luxuriant Elbe Valley in the distance.

Next, head to Zwinger, the palace of Augustus II the Strong. Despite its name – which translates to defensive keep – is a baroque marvel which was built on the site of an ancient fortress. You’ll be blown away by its architectural splendour, and the adjoining gardens are pretty lush, too. Much more than just a historical monument, the Zwinger is also a haven of culture, containing as it does several museums where you can see the famous ‘Sistine Madonna’ by Raphaël, as well as works by Vermeer, Watteau, Rembrandt, Rubens and Cranach.

If you’re still thirsty for culture, try the Albertinum, which reopened in 2010 after a flood devastated parts of its collection, which have been brought together on this site since 2002. And what an amazing collection it is. The Albertinum holds two of Dresden’s most beautiful museums: the Galerie Neue Meister and the Skulpturensammlung. The latter is a gallery dedicated to sculpture where you’ll find masterpieces by Maillol, Rodin and Henry Moore. The Galerie Neue Meister, meanwhile, will dazzle with its paintings that cover the nineteenth century right up to the present day. Think Claude Monet, Edgar Degas, Edouard Manet, Caspar David Friedrich, Gerhard Richter and Max Liebermann.

There are loads and loads of other things worth checking out in this city, but you shouldn’t overlook the wider region, either. The palaces and castles in the Dresden area are unparalleled, as is the surrounding countryside. Two places, both just a dozen or so kilometres outside the capital of Saxony, are really worth the trek. First, there’s Moritzburg Castle, the hunting castle of Augustus II, and then there’s Wackerbarth Castle, right in the heart of Elbeland. That’s one of the places where they produce the famous sekt: German sparkling wine made using the same technique as champagne. Go and treat yourself, why don’t you?

If you fancy exploring a little further, there are several places nearby where you can get your fill of nature. We’d thoroughly recommend boarding a boat from Dresden and heading towards the Czech border to take in the beauty of the Elbe Valley. Sporty types: it may be handy to know that there’s a bike path that runs all the way along the river from Hamburg to the Czech Republic.

No doubt you’ll have worked up quite the appetite by this point. So head back to the city and pull up a chair at one of the city’s finest restaurants. If you want to fit in like a local, you’ll want to try a classic biergarten. Otherwise, we suggest you sample the excellent seafood at Kastenmeiers, just around the corner from the Frauenkirche. At Lila Soße, meanwhile, the young team pairs inventive small plates with brilliant wines and cocktails. A little further from the centre, Elements offers two very different experiences on the same site: an excellent restaurant with fairly accessible prices, and a Michelin-starred establishment perfect for special occasions.

When we say Munich, many of you will probably immediately think of Oktoberfest, that annual knees-up during which beer, sausages and other German indulgences help create the ultimate – for want of a better word – sesh. But there’s so much more to this city than that notorious festival.