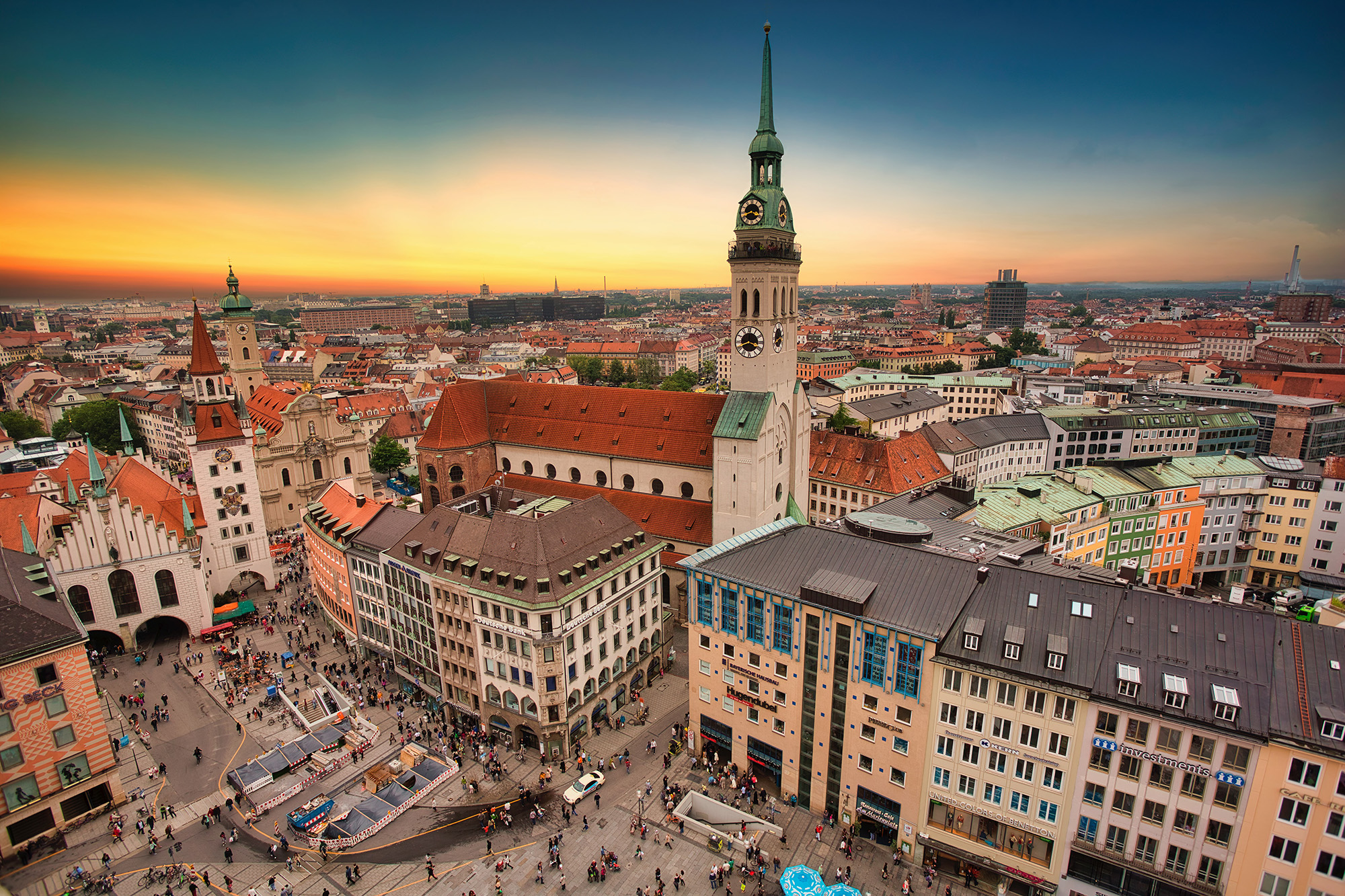 When we say Munich, many of you will probably immediately think of Oktoberfest, that annual knees-up during which beer, sausages and other German indulgences help create the ultimate – for want of a better word – sesh. But there’s so much more to this city than that notorious festival. Aside from Berlin, the capital of Bavaria must be one of Germany’s most epic cultural destinations. Let’s head on a quick tour.

Start at Marienplatz, which has long been the city’s beating heart (and is also home to its famous Christmas market). All year round, you can marvel at the beauty of its town hall, decorated with a magnificent belfry. But it’s the bell itself that’ll draw your attention: at 11am and 12pm each day, a succession of mechanical figures act out various key moments in the city‘s history. Just around the corner is the Asamkirche, a rococo church whose intricate architectural details are definitely worth a look.

You’re hardly short on museums here, either. The Kunstareal area brims with prestigious institutions like the Alte Pinakothek, the Neue Pinakothek and the Pinakothek der Moderne, each filled with masterpieces from different eras. But if you only visit one museum, we’d recommend Muca, which celebrates urban art in all its most dazzling forms. Here you’ll discover works by the likes of Shepard Fairey, Zeus, David Choe and Banksy, quite often shown on the chunks of wall on which they were initially daubed.

Next up, take a walk in nature with a trip around the Englischer Garten, which at 3.7 square kilometres, is bigger even than New York’s Central Park. Lakes, biergartens, sports pitches: there‘s no shortage of things to do here. If naturism is your thing, the park has a dedicated area for you, and in another part, you can even go surfing. An artificial wave has been created in one section of the Isar River, which runs through the park, and surfers from across Germany line up each day to give it a go.

More into your winter sports? Just an hour or so away lies Garmisch, where you can ski to your heart’s content. In summer, it’s also a decent hiking destination. And if you want to stick around the city, the banks of the Isar are ideal for idle strolls, people-watching and just chilling by the water with a picnic or barbecue.

If you want to stock up on food, head to the Viktualienmarkt, where you’ll find all manner of delicious-looking charcuterie, cheese, fruit and veg. And if you want to do as the locals do, you should definitely stop off at a biergarten, where you can both eat and (evidently) drink in an often ebullient atmosphere.

If you fancy a proper sit-down meal, try traditional Bavarian restaurant Hofbräuhaus, which has served loyal customers for more than four centuries. For something a little more modern, grab a glass of something at Zero Dosage, a natural-wine bar, before heading to Kansha, a vegan Japanese restaurant; Tian, a Michelin-star establishment that specialises in cooking with veg; or Mural, a gastronomic destination which places a focus on locally sourced produce and sulphite-free wines.