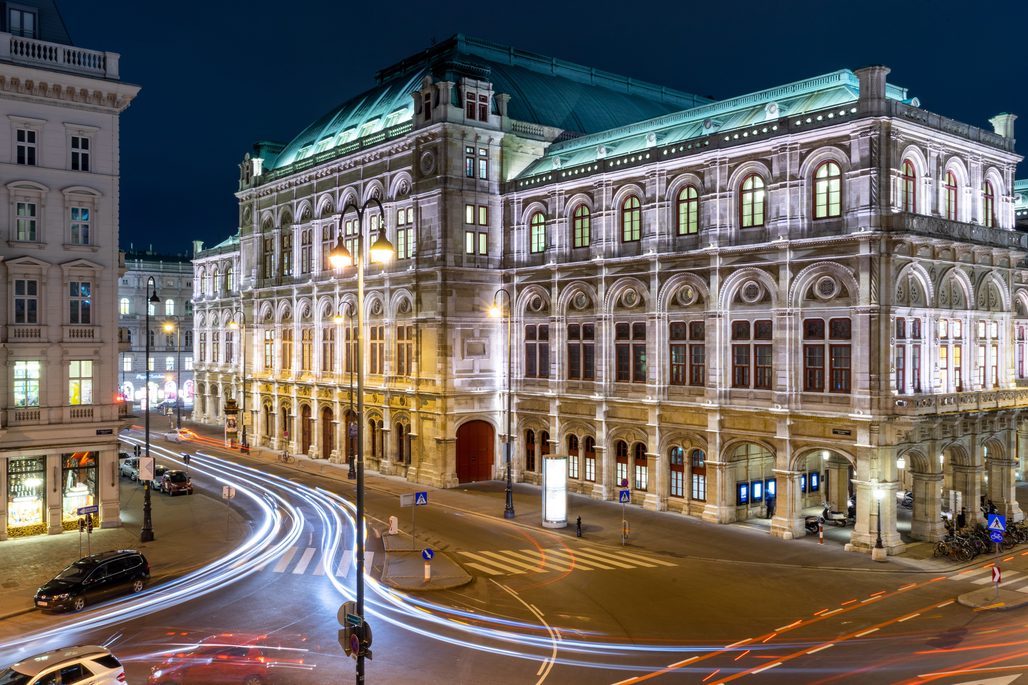 Now back to Europe. After our brief stopover in Japan, we’ll be pulling into Vienna for a little wander around this most magnificent of cities. These two destinations may be 10,000km apart, but both lure visitors with their explosive mix of modernity and tradition on every corner. In the Austrian capital, one of the best examples must be the huge, gothic St Stephen’s Cathedral, right opposite the Haas Haus, a postmodern building by architect Hans Hollein.

Anyone who travels to Vienna therefore has to get to know its history, to better understand how a city emerged from spending seven centuries at the heart of the Habsburg Empire to become one of Europe’s most exhilarating cultural capitals. It’s no surprise that the Kunsthistorisches Museum should have amassed an art collection brimming with all manner of masterpieces (most acquired by that illustrious dynasty during its incredibly long reign). Then there’s another emblem of this glitzy period: the Hofburg, the former imperial palace that takes up no less than a fifth of Vienna’s historic centre.

When it comes to culture in Vienna, it’s difficult not to think of Gustav Klimt, no doubt the greatest Austrian painter, whose work is dotted all over the city’s museums. You’ll see The Kiss at the Belvedere and the Portrait of Emilie Flöge at the Wien Museum. And modern art fans will also be pleased to hear that the MUMOK has an epic collection featuring works by Magritte, Giacometti and Kandinsky.

Now let’s head off the tourist track. Did you know Vienna is one of the most cycle-friendly cities in Europe? Hop on two wheels and explore the city. You might want to try out one of the city’s Heurigers in the Klosterneuburg or Grinzing neighbourhoods. These taverns have had the winning idea of each serving their own ‘wine of the year’. Sit down with friends or family and kick back like nowhere else in Vienna, in a setting that truly embodies conviviality.

As for food, you certainly won’t lack choice. Vienna’s cafés will of course satisfy those after a spot of old-world charm. Everyone else won’t want to miss Naschmarkt, a food market where there’s an emphasis both on local produce and great grub from around the world. Italian, Greek, Chinese and Japanese specialities do a good job of showcasing the diversity of this cosmopolitan city. Want to finish up your stay with a boogie? Vienna is also one of the continent’s dance music capitals, and if you really want to get down and dirty, you’ll want to spend a night at Pratersauna: a hybrid events space with a bar, club, swimming pool and garden.