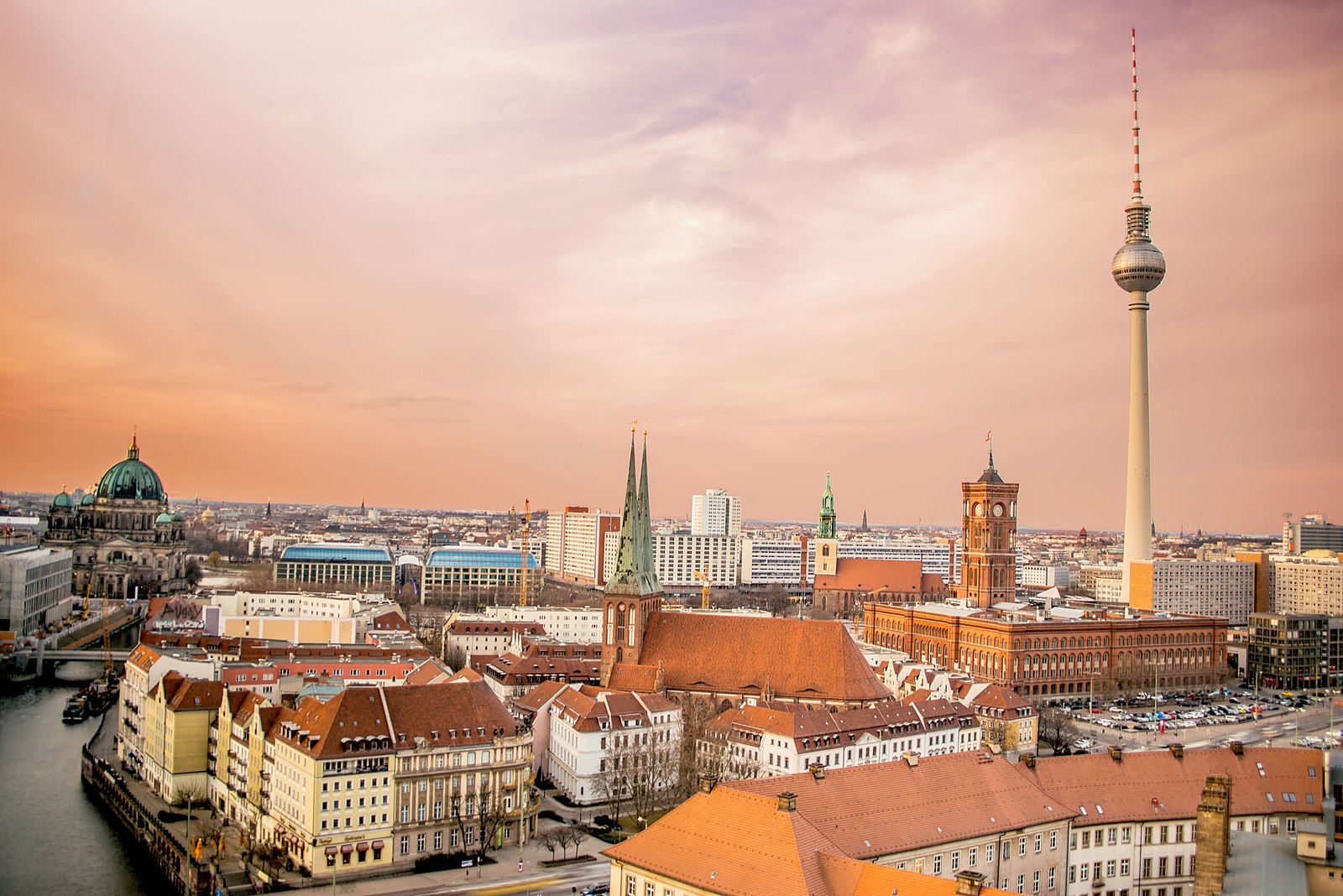 Since has gone pretty heavy on music recently, so what more logical next step than to pop to Berlin, one of the most vibrant nightlife cities in Europe right now? Throughout its many major transformations over the past century, the German capital has kept reinventing itself and providing a refuge for avant-garde types. Will it ever get… boring? We doubt it, and that’s very much a good thing. So, let’s head on down for a quick tour.

To start with, there are some big-hitting sights you simply can’t miss. The Reichstag is one of them: built in 1884, this building has seen Berlin through all the disasters of the past century or so. Following the fall of the Wall, this palace became the country’s parliament, and a sublime glass cupola designed by Norman Foster made it even more of a must-visit.

If you want to better understand this city’s history, you’ll also want to visit the Berlin Wall Memorial. The Gedenkstätte Berliner Mauer contains a 60-metre-long chunk of the wall (which stood between 1961 and 1989). And you should also try the Jüdisches Museum, which tells the story of Judaism in Germany, the Middle Ages to the present day. You’ll need to set aside a good afternoon to take in all its fascinating exhibits.

Another cultural institution that’s well worth a detour is the Gemäldegalerie: its 1,400 excellent collection stretches from the Middle Ages to the start of the modernist period. Its 18 rooms are lit only by natural light, and contain masterpieces by the likes of Caravaggio, Botticelli, van Eyck, Vélasquez, Dürer and Rubens.

In fact, it’s impossible to do justice to the richness of the Berlin art scene. You can’t miss the East-Side Gallery, no doubt the most impressive remaining fragment of the wall. It’s now been turned into an 1.3km-long outdoor street art gallery, with more than 100 epic works that are made for your Insta feed. Two more unmissable contemporary galleries, meanwhile, are the Daimler Contemporary, with its collection of 2,200 works by 800 abstract twentieth and twenty-first century artists (Josef Albers, Max Bill, Walter de Maria, Jeff Koons, Andy Warhol), and the Sammlung Boros, which has filled a former bunker with contemporary sculptures and performance works (Ai Weiwei, Olafur Eliasson, Alicja Kwade, Michael Sailstorfer).

Now you might well feel like a spot of nature, and you’re in luck, because Berlin has loads of beautiful green spaces. Try Tiergarten, just around the corner from Brandenburg Gate: this 210-hectare former hunting estate is now the city’s equivalent of Central Park. For something a little more rococo, head to the gardens of former royal residence Charlottenburg Palace. These gardens were renovated by Siméon Godeau, pupil of André Le Nôtre, the very man responsible for the Palace of Versailles. But perhaps our favourite spot for a walk is Tempelhof, one of the city’s former airports (yes, really). When it closed for good in 2008, rather surprisingly, the Berlin authorities decided not to sell it off to developers and turned it into one gigantic park. Today its 386 hectares are filled with joggers, picnickers, skaters and even kiters.

When it comes to food, the German capital has no shortage of excellent places to eat. For breakfast or brunch, Father Carpenter has excellent pastries and generously filled sandwiches, while Silo Coffee will help you start the day right. Bean buffs should head to The Barn, one of the city’s best coffee shops. As for lunch, if you fancy grabbing something to go, we recommend currywurst, a local speciality: Konnopke's Imbiß and Curry 36 are your best bets. If you fancy a little more variety, head to street-food haven Bite Club. And finally, for a slightly more refined dinner, go to Otto, where young chef Vadim Otto Ursus serves a menu well balanced between meat and veggie options, and with an excellent natural wine menu too.

Once you’ve got your fill of amazing food, you’re going to want to go out-out. For the time being, coronavirus restrictions might mean that’s not quite possible, but if you travel at a time when it is, here’s what we’d recommend. Berghain might be the city’s best-known club, but if the notoriously harsh bouncers turn you away, try the more low-key Hoe_Mies, SchwuZ or Buttons – three of the city’s best LGBTQ-friendly nights. And if you want to try out one of Berlin’s more raucous soirées, there’s also the twice-monthly Pornceptual at the historic Alte Münze complex.