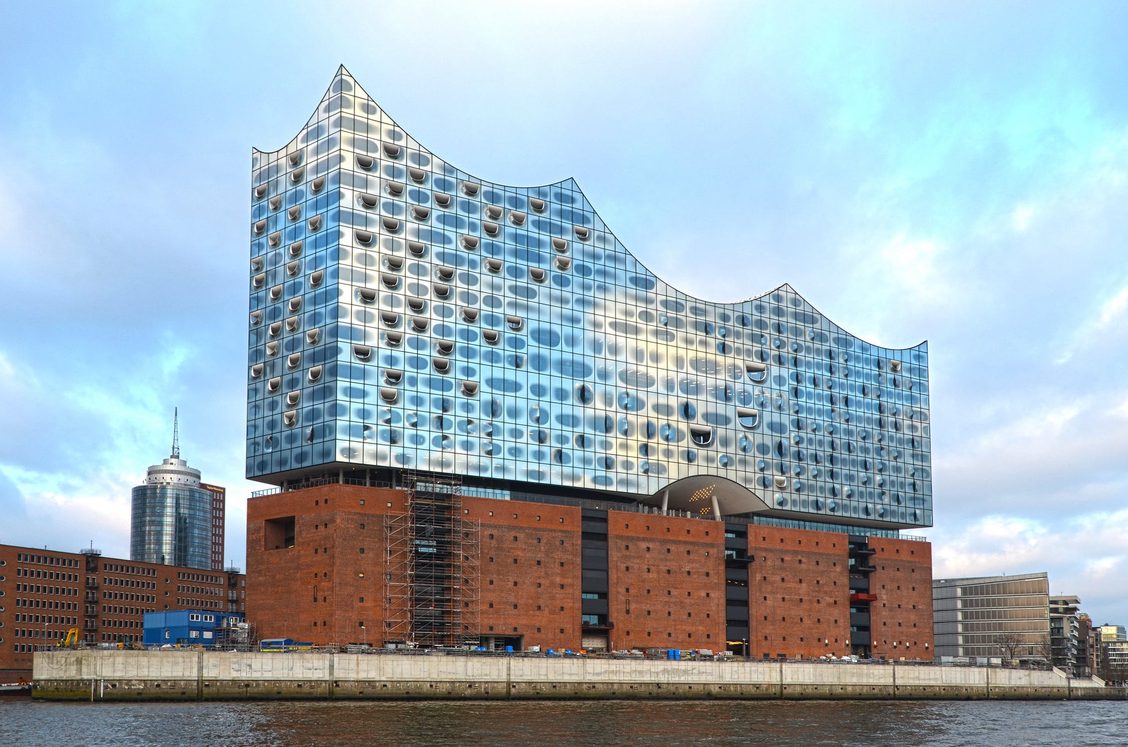 This week, we’re heading off to a city that never ceases to surprise us: Hamburg. Germany’s second city is increasingly giving Berlin a run for its money. But it has a dark past: more than 80 percent of it was destroyed during the Second World War and its reconstruction was slow. Today, however, it’s found a new lease of life as a cultural and foodie hub to rival its eastern sibling.

In the country’s north, Hamburg shares with its Scandinavian neighbours a canny urbanism conceived in harmony with the surrounding water, which is the very lifeblood of the city: you’ll find no fewer than 64 kilometres of canals and 2,500 bridges here. So to get to know Hamburg, there’s no better way to start exploring than by meandering its waterways. Walk around the Speicherstadt (literally ‘the city of warehouses’ in German), a district composed of huge red-brick façades that give it a unique atmosphere which is elevated even further as night falls.

Another very different part of town is the tranquil Eilbekkanal district. Here a peaceful promenade allows visitors to wander past (and no doubt lust over) the city’s most stylish canal boats. There are regular car boot sales here on Sundays too.

Next, continue your aquatic journey, this time aboard a canoe, to do as locals do and explore the Aussenalter, a full-blown inner-city lake that’s surrounded with sumptuous mansions. And once you’ve had enough paddling, pull up a stool and grab a beer at one of several bars that overlook the canals (we recommend Café Canale).

After that, you may wish to soak up some culture, and your first stop should be the Kunsthalle, which will blow you away with its rich collection of artworks: Renoir, Manet, Picasso, Max Ernst, Magritte, Francis Bacon and David Hockney all feature in its galleries.

So far, you may have got the impression that Hamburg was just one big, peaceful waterside town. Oh no. To get a feel for its wilder side, take a trip around rowdy Sankt Pauli, the area where the Beatles made their start in 1962. Today nightclubs, music venues and smoke-filled cocktail bars make this the centre of the city’s thriving nightlife scene. If you get the urge to dance, try Molotow Music Club or Hafenklang: we can guarantee you won’t be leaving until the early hours.

Come the morning, wander around the same area and head to the Fischmarkt. Not to bulk buy mussels or shrimp, but to discover an atmosphere unlike anything else you will have experienced before. From 5am, music plays out here, and you can enjoy a final beer or indeed a morning coffee, all while browsing stalls brimming with flowers, vegetables and clothes. Still not quite ready for bed? Try a peaceful trek along the harbourside – the views are unbeatable.