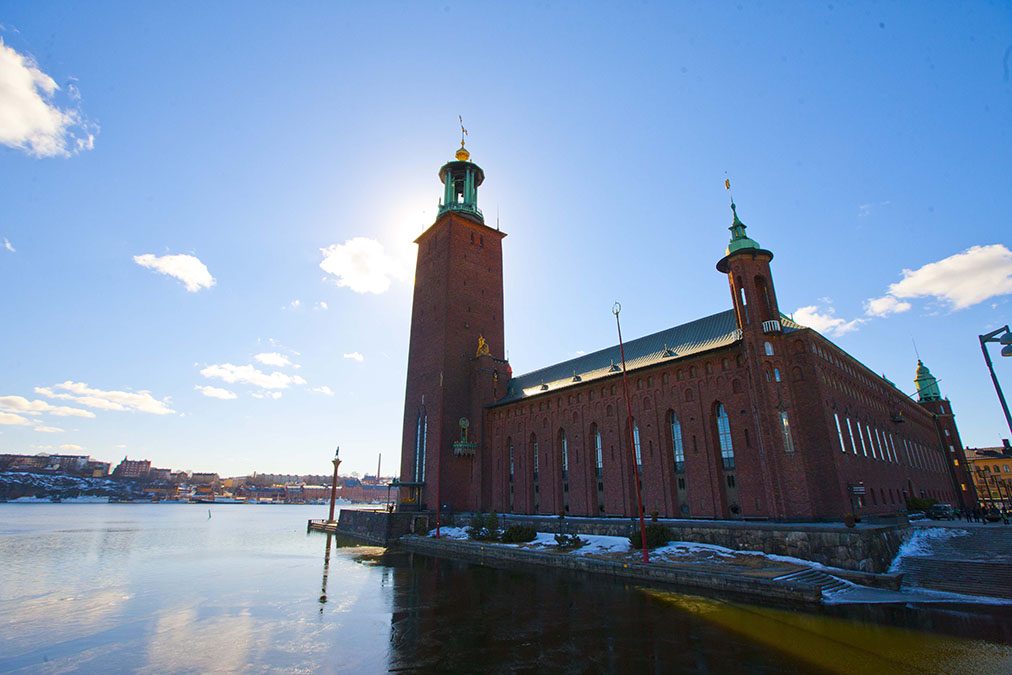 What better than a quick stop in Stockholm to continue taking things at your own pace, to the rhythm of the waters that irrigate every corner of the Swedish capital? The amphibian city par excellence, it was essentially developed over several big islands, half-way between the Baltic Sea and Lake Mälaren. So it’s only natural that to really immerse ourselves in this city we’d start with a quick dip into the clear waters that surround the city centre.

Because that’s right: it’s the done thing to jump in the sea, starting at any of the urban beaches dotted across the city. Don’t fancy slipping on your cossie? You could also choose to kayak, fish or even escape with the city on one of the boat trips that depart from the city centre. There are services that head out to a number of beautifully quiet islands sprinkled between Stockholm and the Baltic Sea.

And if you tend to get a little seasick? It’s fortunate that the streets of Stockholm are well worth an extended wander, their rich colours changing as you move from one neighbourhood to the next. Whether you get around on foot or by bike, the elegant Scandinavian architecture will charm any visitor and our absolute favourite landmark is the Stadshuset (town hall). Its interior courtyard is a tranquil haven and is well worth the detour: its golden main room is decked out with a mosaic comprising no less than 18 million pieces of glass and gold, while the blue hall is where the annual Nobel Prize ceremony takes place.

Continue your wander with a trip to the old town, Gamla Stan, the historic heart of the city which is spread over three islands, before heading over to the other side of the water to the Fotografiska photography museum, with its epic collection of photographs by some of the world’s greatest snappers (and some very original temporary exhibitions too). If you feel inspired to take some of your own pictures, the museum terrace offers undoubtedly some of the best views over the city.

Stockholm may be alluring all year round, but the city really comes alive during certain big events. First and foremost, there’s Midsommar: marking the Feast of St John and the summer solstice in June, this peculiarly Swedish celebration involves families and friends joining together to party until dawn. Bonfires are lit and huge feasts served to mark the longest day of the year, while a huge mast decorated in flowers and greenery is raised – providing a centrepiece around which revellers are supposed to dance without stopping until the early hours.

Another really unmissable event of the year? Eurovision. The song contest is an institution in Sweden, which has won it a number of times, and each edition of the event has the streets of Stockholm buzzing with super-fans hungry for another victory. The most legendary victors of all, Abba, who won with Waterloo, even have their own museum dedicated to their history, costumes and songs in the city. As you walk around, it’s hard to resist busting out a few moves. In fact, it feels only right in the exhibition spaces filled with dancing holograms of Agneta, Frida, Benny and Björn. A must-visit for disco connoisseurs and pop aficionados alike.

The final iconic Stockholm event is Christmas. Even if December feels pretty far away at the moment, this city really is a unique place to spend the festive season. The Lapland so dear to Father Christmas isn’t all that far from here, after all, and from the first day of Advent, Stockholm lights up with countless colourful lights along every major street and in windows in every neighbourhood. Luxuriantly spiced mulled wine and magical Christmas markets complete an experience that would bring gentle joy to anyone who visits – even the Scroogiest of Scrooges.