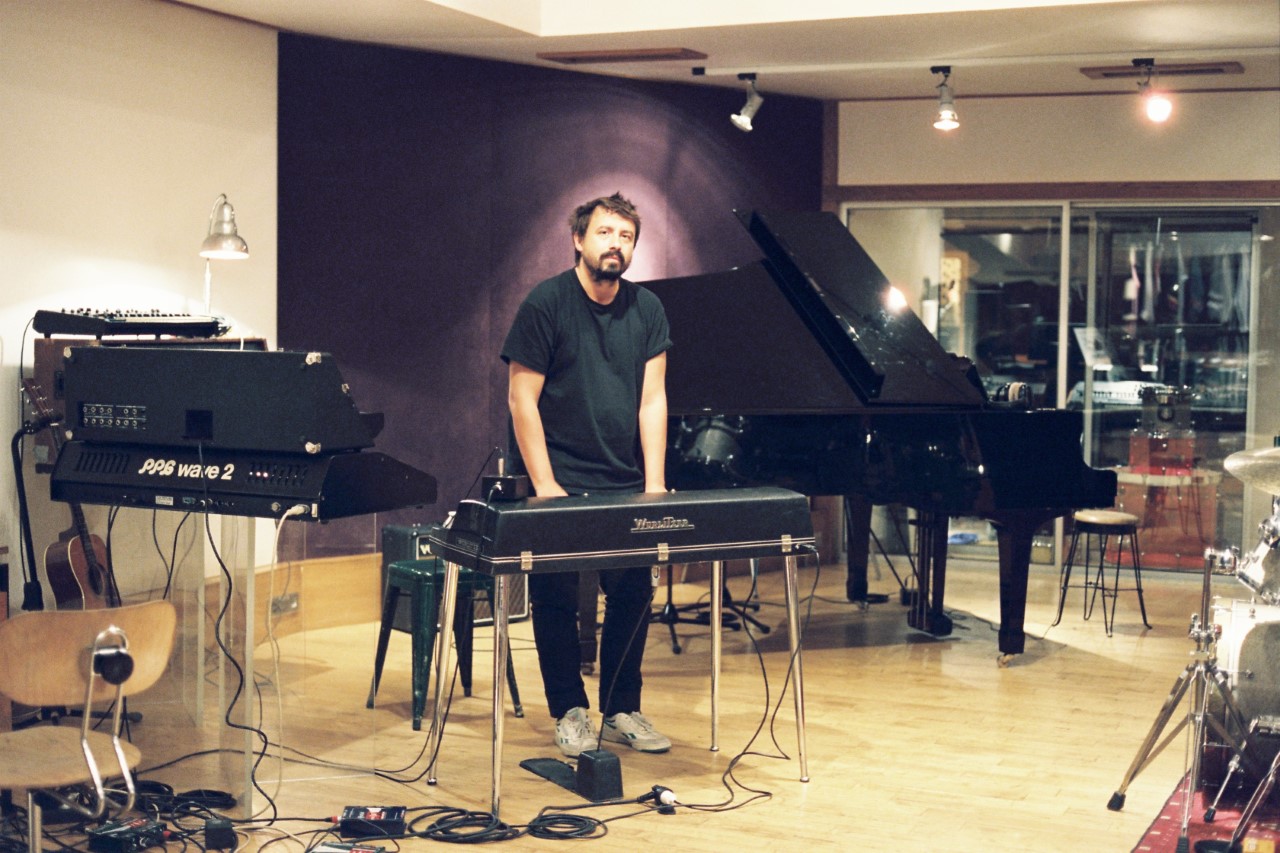 The music that will soundtrack your trip

Of all the team members of Midnight Trains, he’s no doubt the one you’d least expect to be there. As we strive to get our ‘hotels on rails’ on track we’ve had the opportunity to work with one of the most impressive ‘sound architects’ on the planet. So, what’s a sound architect? It’s the only way we could think of encapsulating the talents of Victor le Masne. This 39-year-old from Paris is a composer, musician, producer, singer (admittedly, not so often nowadays) and multi-instrumentalist. He’s the genius who sources the songs for the Midnight Radio playlist, from which share a particular track in this newsletter each week.

‘Genius’ really isn’t overstating things. To get an idea of what we mean, we’ll give you a little précis of his career to date. Victor’s family has always been very musically inclined, and after briefly flirting with academia, a key turning point in his life came when he formed the group Housse de Racket with Pierre Leroux. He was only 19 and in the following years he was to tour the world, playing everywhere from New York and California’s Coachella to Hong Kong and Tokyo.

Three albums later, in 2016, when he was 34, that period of his life came to a close and he tried something new. He produced works for Juliette Armanet, Kavinsky and Gaspard Augé, half of the duo Justice; and, in a very different style, composed stuff for Bernard Lavilliers too. He also applied his talents in a much broader way by providing musical direction for artists like Philippe Katerine, adapting his album for the live setting, from song order to arrangements. But that wasn’t all.

This year, Victor was given a very original task. At the end of this summer’s Olympic Games, Tokyo handed the flame to Paris during the closing ceremony, and the organisers of Paris 2024 came to him with a mission: create a new version of La Marseillaise, the French national anthem, for the occasion. The last time an official arrangement was commissioned was to Hector Berlioz in 1830. The new-age melody that Victor has arranged still retains the harsh, martial chords of the original. Played by 120 musicians from the Orchestre National de France, and rounded off with astronaut THomas Pesquet on the sax, this twenty-first century Marseillaise is filled with hope. We can’t wait to hear it again on the occasion of Paris 2024.

So in other words: we’re delighted to have this multi-talented musician on board with us at Midnight Trains. It all started when Adrien Aumont, one of our two co-founders, told him about his new project. The pair are friends, and Victor’s ears pricked up when he was told about this new kind of sleeper-train experience. On top of all its environmental benefits, train journeys have always been a source of enjoyment for Victor. In order to help our passengers ‘travel’, in some sense, before our trains even get going, Adrien was convinced that music could play a role in revitalising the mythology surrounding night trains.

After this discussion, the Midnight Trains playlist was born. A side note on this point: at the start of 2022, a second edition of this playlist will be created, filled with even more songs that will transport you to faraway places. Victor also wants to create playlists organised country by country, with the aim of digging up all the unsung train-related tracks artists all over the world have to offer (he‘s been blown away by the sheer volume of songs that have something to do with the railways). As he says: ‘unlike planes and cars, trains have a hypnotic quality, that tchouktchouktchouktchou you hear a lot in pop music.’

The train hasn’t finished inspiring Victor – far from it. Casting his mind back to his travels though Japan, he remembers the sound design of Japanese trains, with their dedicated music for each station, so blind people know when to get off without any hesitation. And in fact, he’s convinced that good sound design can help train passengers enter into a ‘new world’. ‘The music must help us travel, encapsulate the experience and help us dream from beginning to end, it must bring something at once reassuring and comforting.’

Victor likes the idea that travellers should accept to take their time while travelling. ‘In a world where everything moves so fast, it’s a luxury, and for me it’s a form of savoir-voyager.’ That’s what he felt he got out of Japan’s Superviews, those trains with windows that offer incredible views out over the countryside, with their seats positioned at just the right angle. He has unforgettable memories of that trip to Hokkaido, as vivid as any blockbuster movie.

So when Midnight Trains launches its first trains, his dream destination would be Naples. ‘There the Mediterranean hits you right in the face, even more so than anywhere else.’ Which is fortunate, because in next week’s edition of Midnight Weekly, we’ll be helping you explore that extraordinary Italian city.