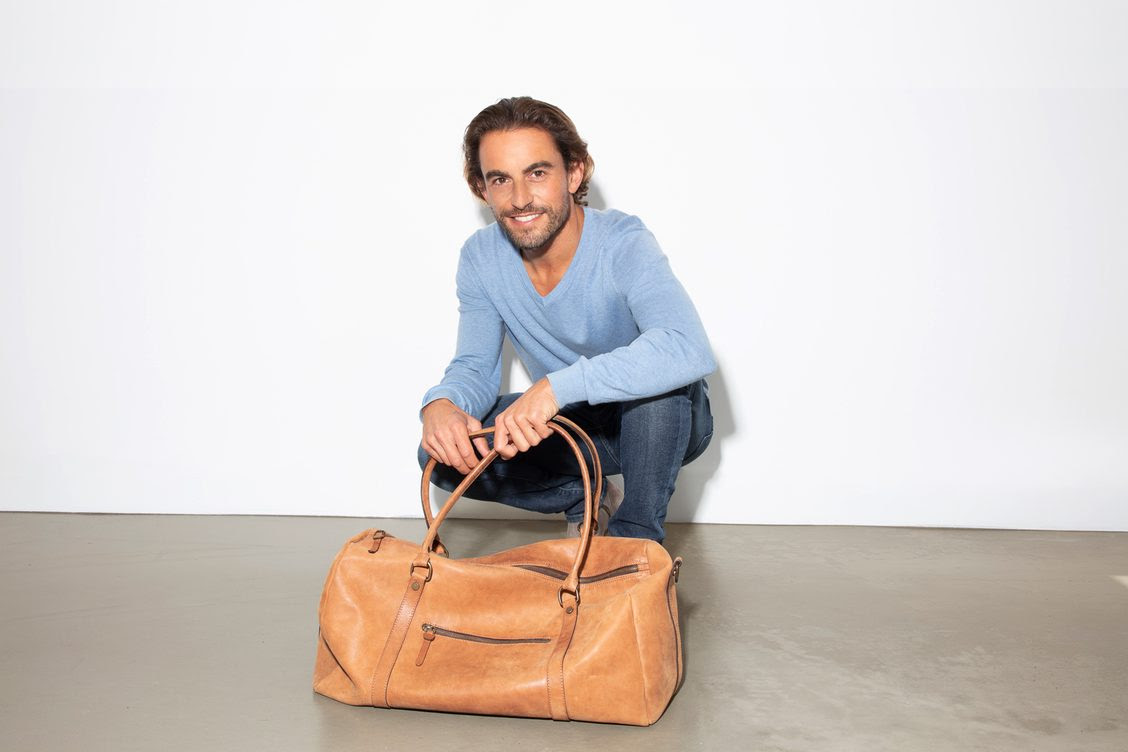 It’s always pretty easy writing about others. Since the launch of Midnight Trains, that’s what I’ve been doing in this newsletter: allowing you to get to know the talented team of individuals who’ve come together to make our sleeper-train company a success. However, there’s still one member of the team who I haven’t introduced yet – and that’s me, Hervé Marro, the guy who writes Midnight Weekly with the aim of putting a smile on your face every Saturday morning.

But when Adrien Aumont and Romain Payet, our two co-founders, told me that we better dedicate an article to me as well, I wasn’t best pleased. I don’t like the limelight. I prefer real, natural sunlight, and especially when it lights up the sparkling Mediterranean, that magical body of water that illuminates my days whenever I return to Nice, my soul city. So I’ve essentially been tasked with writing a self-portrait. Having put it off for a little while, I’ve resolved to finally do it. Here we go.

I think my life has always been driven by both a need to live out my passions, and a desire to help others. If both are possible, then even better. During my studies, when they tell you to sketch out an entire career plan, I really couldn’t. I just wanted to change the world – or at least help it become a better place. That seemed a much more exciting idea to me.

So I started leading a double life during my studies. On the side of exams, I joined the support committee for Ingrid Betancourt, a politician with the Colombian green party, taken as a hostage by the Farc guerilla group. I had read her book Until Death Do Us Part, and her fight against corruption had impressed me. For six years, we banded together to fight for her freedom (along with that of the other hostages), and I was the spokesperson of that movement. It was an exhausting undertaking, but it was well worth persevering: on July 2 2008, Ingrid was at last freed.

In a bizarre coincidence, that was the very same day I finished my final university exams. And so it was the time I was supposed to launch myself into that very definite career plan I was supposed to have. Because chance doesn’t exist – or at least I don’t believe in it – a person who had also fought for the liberation of Ingrid proposed to see me. She wanted to know what I was going to do, ‘now’.

We had a meeting. At the time, this person was the first deputy to the mayor of Paris, and as we left the café, Anne Hidalgo asked me to join her team. I accepted for two reasons: I wanted to help her to become the first female mayor in the French capital; and I wanted to help make Paris better. For what ended up behind eight years of loyal service, I was her communications adviser. And then, in 2016, I wanted to try something different.

Another important issue for me is climate action, and that’s what I wanted to pursue next. So for four years, I was director of communications and campaigns for C40 Cities, a network of cities around the world who are doing more than most to fight global warming. I have many unforgettable memories of working there, including helping implement the Paris Accord in several of our cities and setting up Women4Climate, an initiative we co-founded with Silva Marcon with the aim of supporting young women already leading the fight against climate change. More than 400 have now received help in getting their incredible projects off the ground.

Today, I’m still working to make the world a better place. Alongside Ariane Delmas, I oversee the Écotable community, which fights for more sustainable food production in France. For us, food can only be considered ‘sustainable’ if it helps our world become a more liveable, equitable place. That vision has translated into a pilot ‘sustainable food quarter’ in Paris, which will soon be replicated across France.

You know one other thing about me, and that’s the fact that I work for Midnight Trains, where I am director of communications and institutional relations. What brought me here? Firstly, my friendship with Adrien. Secondly, the sheer impact that I know our company will have once it starts whisking passengers all over Europe from 2024. For several years now, I’ve resolved not to take the plane, and I’m convinced that the revival of sleeper trains will lead to a huge reduction in the amount of CO2 being bumped into the atmosphere right now.

I can’t wait to see you on board, and for my part, I’m dreaming of a time when our trains will take you down to Madrid. Because here at Midnight Trains, we’re trying to create our very own eco-friendly, joyful Movida that will (hopefully) change the world.

Yorgo Tloupas - My kingdom for a logo