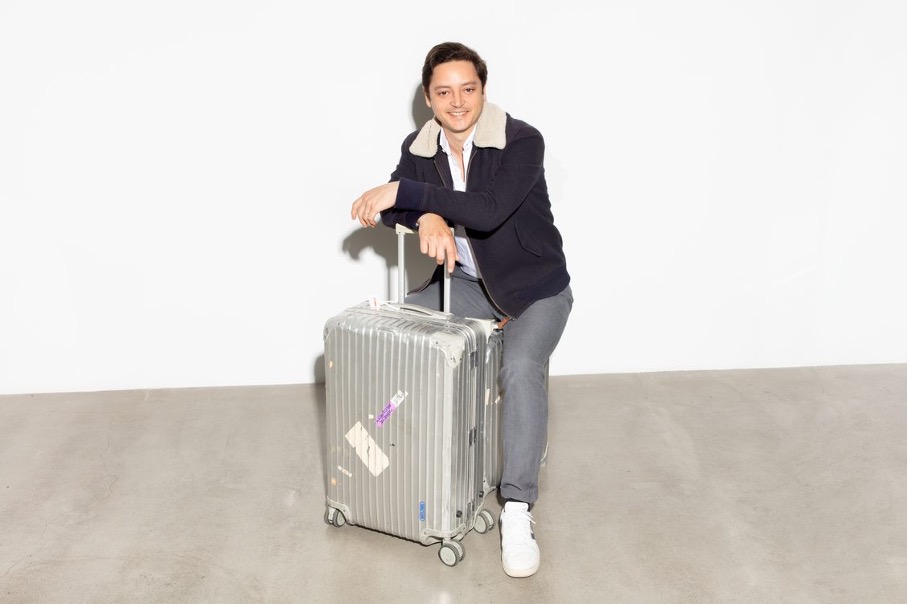 This week, we’ll be introducing you to another key figure in the evolution of Midnight Trains. Having met Adrien Aumont in our previous newsletter, today we’ll be turning our attention to our other cofounder, Romain Payet.

On paper, you’d never have thought Romain would get involved in the railway business. He grew up far from the bustle of urban life, in a part of the world where trains had in fact disappeared. On Réunion, a French territory in the Indian Ocean, the authorities had decided to do away with the railway network – owing to a lack of funds – and prioritise improving roads instead.

Let’s focus on this a little longer, because truly nothing could have inspired Romain to imagine a future where he would be a sleeper-train entrepreneur – and be aiming to compete with medium-haul aviation across Europe. As it happens, one side of his family, by marriage, had actually been aeronautical pioneers: namely, Dick, Maurice and Henri Farman.

All three were pilots-turned-manufacturers. Henri in fact held several records approved by the Fédération Aéronautique Internationale, and the trio were all to play a key role in the advancement of plane design at the start of the twentieth century. Henri designed the first Farman planes, the success of which led him to set up the Société Générale des Transports Aériens, which – after merging with three other major firms – was to become Air France in 1933.

Fast forward a few decades and Romain is just getting started with his career: he kicks off far from the world of trains, in mergers and acquisitions. His real passion during this time is golf, which he has played since he was a kid. While studying at the University of California in Berkeley, he played for the university golf club. Still today he plays at a decent amateur level both in France and across Europe.

The big turning-point in Romain’s life comes a few years later, when he joins the management team at KissKissBankBank, where he was chief operating and financial officer. That’s where he meets Adrien Aumont, who had founded the crowdfunding website (soon to become the biggest platform of its kind in France).

As time goes on, it becomes increasingly clear that Romain and Adrien are a great professional match. So when Adrien sells KissKissBankBank to La Banque Postale and starts focusing his efforts on Midnight Trains, naturally he turns to Romain for advice. At that moment, Romain is holidaying in the mountains for a week or so, after a few very intense weeks at work. Adrien pitches him an idea: the world’s first ‘hotel on wheels’. He needs someone else to cast a second eye over the finances and fundraising prospects.

So Romain helps out. And gets increasingly drawn in by the project. The more he finds out about the venture, the more he wants to climb aboard with Adrien. The days pass and on his return to Paris, the pair go for a beer. Romain doesn’t beat around the bush: he explains to Adrien that he feels this project could keep him busy for the next twenty years. That’s when Adrien tells him he’d asked for his help in the first place in the hope that he wouldn’t be able to resist joining him for the ride.

Since then, the pair have made it their ambition to revolutionise the way we travel – and do good for the planet while they’re at it. And when it comes to their intuitive ability to collaborate, they’ve never flagged. In fact, anyone observing them would probably conclude that Midnight Trains has plenty more surprises up its sleeve: there’s much more to this story than you’ve probably already read online, seen or even imagined.

So yes, Romain is a pioneer as well. And while his ancestors helped develop the form of transport that really defined the twentieth century, he’s helping develop another – one we desperately need if we are to overcome the world’s most pressing challenges.