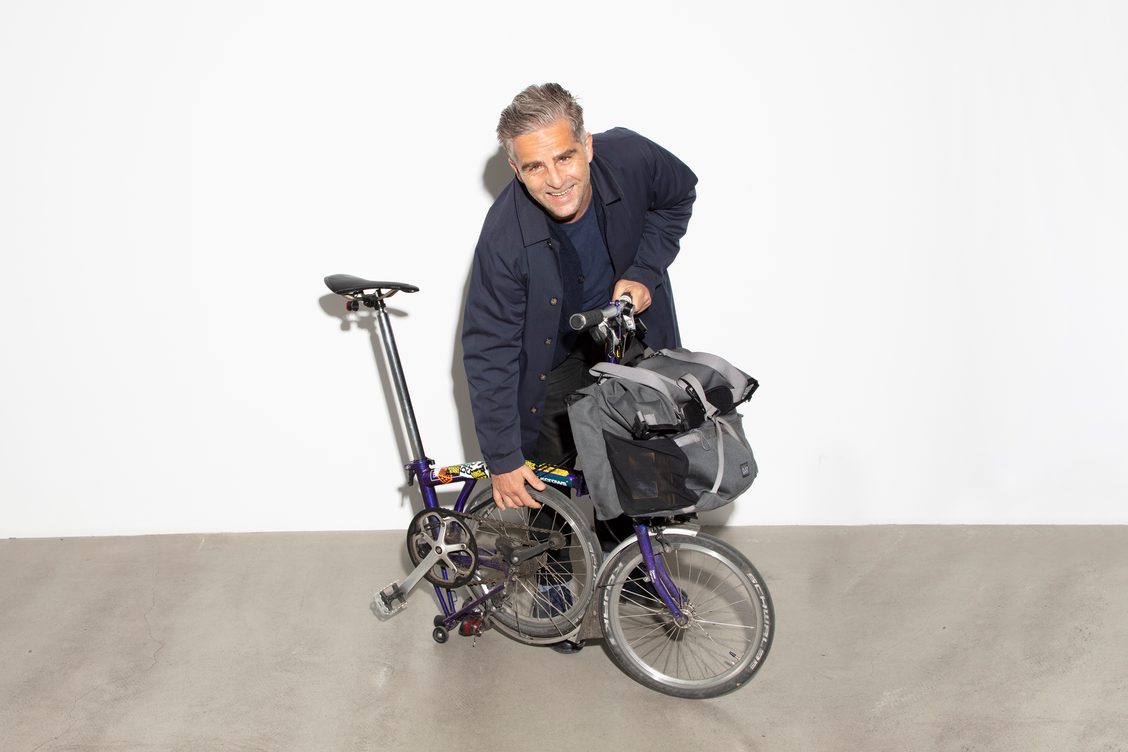 My kingdom for a logo

The extraordinary life of Yorgo Tloupas

Hermès, Diptyque, Black Crows, Vanity Fair, Ricard, Vuitton, Libé, Cartier and Les Inrocks are among the many recognisable brands who’ve entrusted the guy with an entire rethink of their visual identity; some so they could have a fresh start, others so could simply look a little more up-to-date. So when co-founders Adrien Aumont and Romain Payet decided to launch themselves into the Midnight Trains venture, there seemed to be no question about who they would turn to when it came to creating their logo (plus Midnight’s broader brand identity, too).

And if we do say so ourselves, we think our logo really succeeds in channelling our principal aim: to revitalise the night-train business (certainly not an empty promise). Look at it a little closer and that should be obvious. If the Midnight logo contains loads of logical symbols for a sleeper-train company, like rails and light, its sleekness and sophistication – evident in the symmetry and colours of the lines – do just as much work in conveying what our company is all about (while drawing a whole load of inspiration from the industrial revolution and the art deco movement at the same time).

It almost goes without saying: Yorgo Tloupas is a master in art made for business. Son of a sculptor (the artist Philolaos) and an art-teacher mother, his visual awareness properly developed in tandem with one of his long-term passions, skateboarding. This is a sport, after all, that happens to have a very pronounced visual culture of its own. It set him on his professional path from a very young age and it was at Penninghen, a school of interior design and artistic direction where he really refined his sense of style.

Today, while Tloupas has transformed the prospects of many a business, he still has another hobby horse: correcting the disconnect between the omnipresence of logos in our society and the total lack of comprehension of their impact. Each of us will come into contact with around 10,000 to 15,000 of them every day, but no one considers the effect this has on our society. So Tloupas is tackling the subject head-on – whether as a teacher at Penninghen or the Institute Français de la Mode, or by curating an exhibition at the Musée des Arts Décoratifs in Paris. The idea is to spotlight this form of visual culture, this language that predates even the written word – without shying away from criticism.

That task may seem huge enough, but it’s not the only other thing our creative director has going on. Because for the tireless Tloupas, life wouldn’t be healthy without striking the necessary balance between his professional life and various extreme sports, including surfing, skiing… and bike-polo.

Bike-polo is one of those newfangled sports that have emerged in recent times and even if several of you will have already deduced what it is, it essentially consists of riding a bike instead of a horse, then playing polo. And like every other time Yorgo Tloupas tries something new, he doesn’t do things by half, and was none other than the bike-polo champion of France in 2010, before representing the country at the world and European championships. He had discovered the sport in 2006 and got properly into it in London. Having taken his balls and mallets with him on board the Eurostar, he ended up acting as an unofficial ambassador for the sport in Paris, before launching it officially across France in 2008.

There’s so much more we could say about Yorgo Tloupas, but without a doubt the best way to get to know him is to go to Yorgaki in Paris. Because having seen many brands through various big transformations, he wanted to create his own. So he launched the first (and only) Greek café in Paris, on the Rue des Martyrs. The result is very much in his own image: it’s welcoming and generous. And while he considers this a pet project, a magical blend of Greek food and culture, he’s surely not going to stop there. Midnight Weekly will strive to keep you up to speed with the next steps in Yorgo Tloupas’s inspiring odyssey.