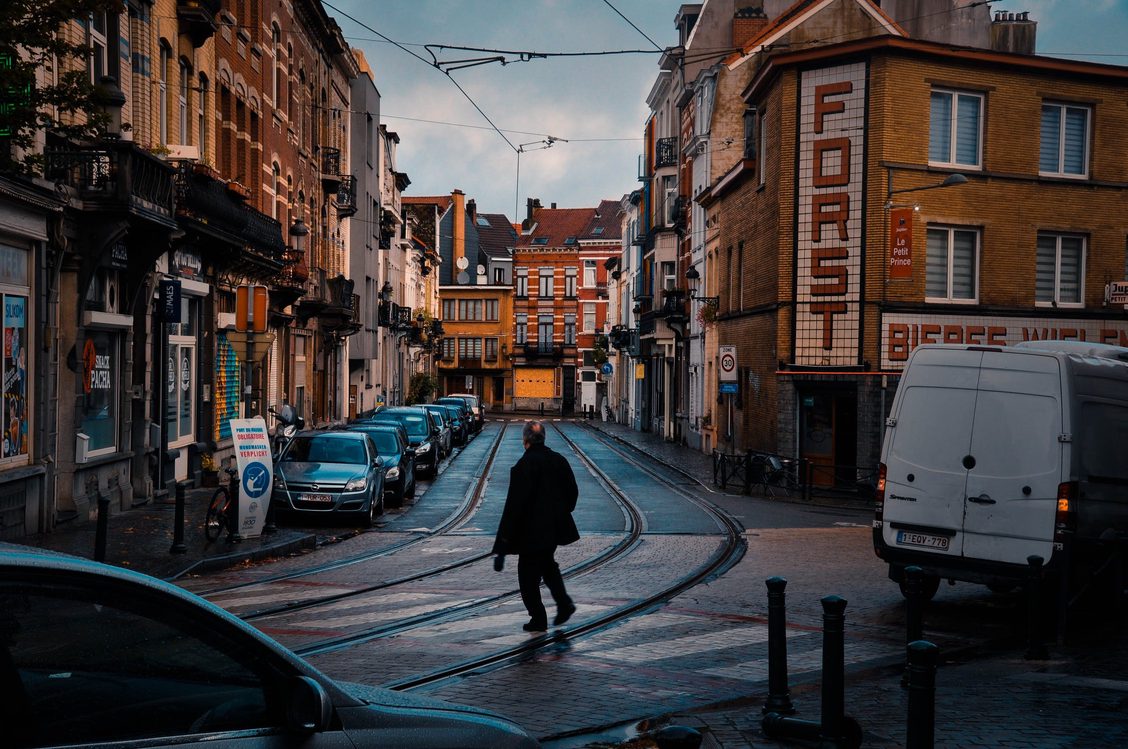 Our sleeper trains will offer a new cross-border travel experience all the way across the continent. So how could we not stop off in Brussels, that city that appears very much like the capital of the European Union (if there were such a thing)? Liberty expresses itself here like in few other places, and this compact city always manages, somehow, to surprise us: a very good reason to keep going back. Let’s head over there for a short trip.

Let’s start with the basics, if by any chance you haven’t yet been able to hit the city’s streets. One of the can’t-miss sights in this city is a very small man, around the height of a few apples stacked one on top of the other, that delights all those who pass by the fountain he calls home. Yes: this is the Manneken Pis we’re talking about, whose very irreverence gives you a good idea of the spirit of this brilliant city.

After that, you’ll be very near another of the city’s most unmissable sights: the Grand-Place, Brussels’s beating heart. Completely pedestrianised, the square is fringed with buildings that all rival each other in the beauty stakes, and even more so at night, when they are fabulously lit up. And once you’ve taken all that in, you could then let yourself get lost in the winding streets of the city centre.

A trip to Brussels also guarantees a whole load of amazing culture. And if it is your first time in town, start with the Musée des Beaux-Arts, which brings together classics like many of Rubens’s most famous paintings. Then hit up the Musée Horta, which was none other than the home of the eponymous architect, for an exhilarating art-deco journey: everything here (and we really mean everything – down to the door buzzers) was designed by the man himself.

This autumn in particular, there’s a real range of cultural events that might make you want to head down: le Bozar, another museum, is currently preparing to host a a brand-new double-exhibition on David Hockney, from October 8. While you’re there, you’ll also want to check out the Villa Empain: further proof of this city’s art-deco pedigree, and now home to the Fondation Boghossian, whose temporary exhibitions are always as fun as they are informative.

And it’s not just the art that’ll make you want to stick around: this city is a boozer’s haven too. After a day’s meandering around the city centre, there are few things better than a beer with pals. Our number-one recommendation would be Brasserie Cantillon. But before you sit down, you could also drop by the Musée de la Gueuze: a type of beer obtained from a mix of lambic beers. And Cantillon – yep, we’re going to say it – make quite simply the best beer in Brussels: their brews will win over even the staunchest of wine drinkers.

Then there’s the food, too. The estaminets – local cafés – may be the most distinctive feature of the city’s streets, but we’d also like to make a few other suggestions, like Fernand Obb. Here you’ll find the Brussels’s finest shrimp croquettes, while the rest of the menu abounds in rich, high-quality fast food that’d put any chain to shame.

Half-way between gastronomy and bistronomie, our go-to restaurant at the moment is La Buvette. Chef Nicolas Scheidt aims to delight locals and travellers alike, putting the very best seasonal produce right before them. After something a little simpler? We’d have to point you in the direction of Lombric, a neighbourhood bar whose food has already been much talked about, only a little while after its opening.

And that’s pretty much a wrap on our brief stopover in Brussels, but we couldn’t finish without reeling out a line from a nostalgic Jacques Brel tune, which eulogised a time when ‘bruxelles bruxellait’ (literally, when ‘Brussels brusselled’). Brussels is still brusselling, we can tell you that for free. Just take a walk here at night and you’ll see what we mean: just this weekend, in fact, the Club Open Air has been dazzling revellers with its outdoor club nights – as it has throughout the summer. Who knows what you might discover on your trip.