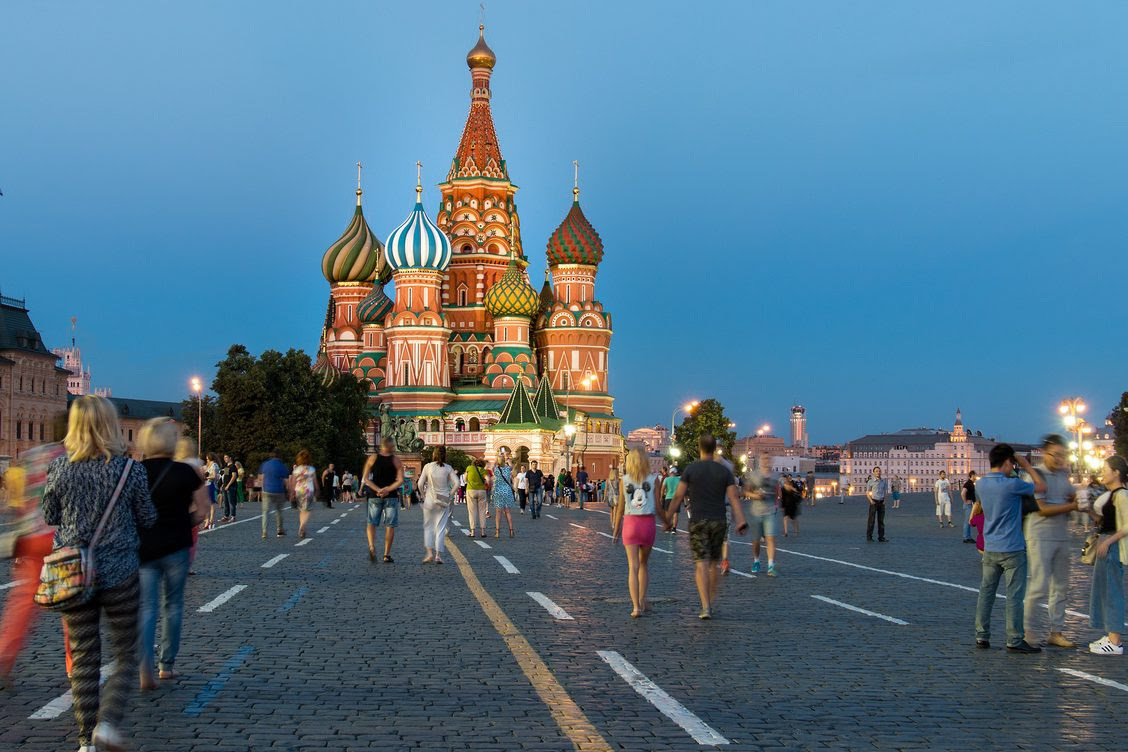 ‘The first scenes I saw were like an enormous, chaotic beehive swarming with bees.’ That’s how Antoine de Saint-Exupéry described his arrival in Moscow, while preparations for its May 1 celebration were under way. The times may well have changed, and yet, as in the French writer’s day, the Russian capital continues to pique our curiosity as a travel destination. Let’s have a closer look.

Anyone who goes to Moscow will inevitably head straight to Red Square. So many historic events have taken place there that it’s easy to overlook just how old this public square is: it was built in 1480, during the reign of Tsar Ivan III. To the south, the majestic, colourful, almost hypnotic St Basil’s Cathedral looms over the city. Our top tip? To swerve the crowds that head that way each day, go during the evenings, when it’s much less busy.

Keeping within the confines of the square, the Kremlin is another obvious sight you won’t want to miss. By turn the site where the Tsars were crowned, the epicentre of Soviet institutions and the current residence of the Russian president, it’s a formidable building complex that kind of resembles a fortress, and whose perimeter is nearly 2.5km long. There you’ll also find the Patriarch’s Palace and its museum of seventeenth-century art, the Armoury Chamber, the Dormition Cathedral and the Ivan-the-Great bell tower.

If you want to keep touring this city’s cultural musts, you should definitely check out the masterpieces in the State Tretyakov Gallery, which is one of the world’s greatest museums. The founder was Pavel Tretyakov, a man of unequalled artistic flair who dared purchase works of art that were often looked down upon as ‘immoral’ during the nineteenth century. Over the years, managed to collect a collection of Russian art which is unparalleled to this day. After that, your next stop should be the Pushkin State Museum of Fine Arts, where you’ll be blown away by its collection of impressionist and post-impressionist works.

A little more unusual are the various architectural gems hidden within the Moscow metro. Several of the city’s central stations, like the Plochad-Revolioutsi, are treasures of neoclassical Stalinist and social-realist design. Their long escalators lead out into platforms plastered in dazzling mosaics and propagandist statues. Every trip is unfailingly fascinating.

If you’re a little tired from all that traipsing about town, why not do as the locals do and try a Russian bania? We say head for the Sandounov baths, built by the family of the same name in 1808. The sheer luxuriousness of this place will reel you in as soon as you enter the place, and the experience will be unforgettable.

Ready to head out and about again? If you’re up for boogying until the early hours, we’d recommend Gipsy and Propaganda – two veritable institutions on the Moscow club scene. The Rolling Stone, meanwhile, is a little rough around the edges, and the Soho Rooms offers a glitzier night out. This city really is full of surprises – and very much in a good way.

This idyllic destination could make a great next trip for you and your loved one: Prague. Such is this city’s beauty that you feel almost like you’ve been whisked off to another planet.