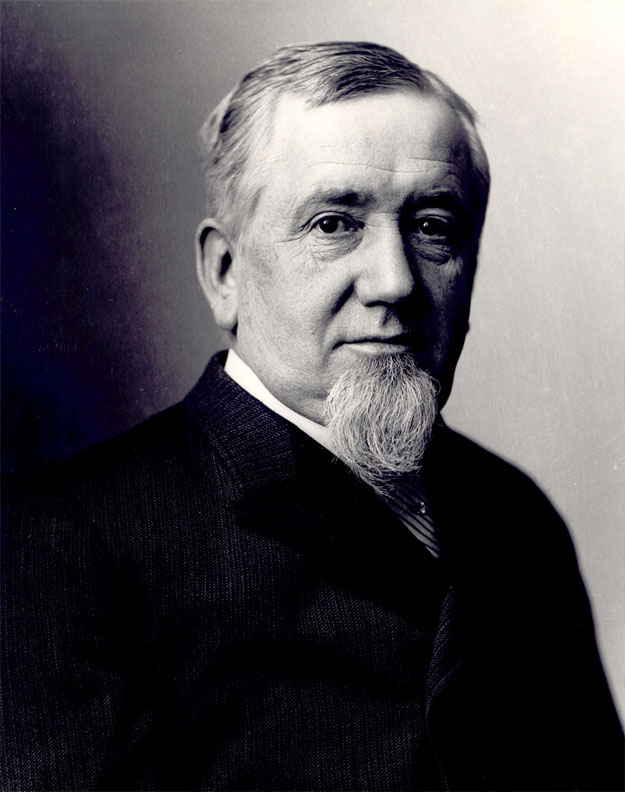 The godfathers of the sleeper

In last week’s newsletter, we told you all about how Georges Nagelmackers, the inventor of the Orient-Express, had been inspired by the sleeper-cars of the American George Pullman to create his own version of the concept. So this week we’ve decided to dedicate the second episode of our series on the godfathers of the sleeper train to this man. Far from being a worldly socialite like his Belgian counterpart, Pullman came from a very working-class background. Throughout his life, he strived to observe, analyse and question existing structures and grabbed all opportunities that presented themselves to him – sometimes even going beyond the limits of the acceptable.

The third of ten children, George Pullman was born on March 3 1832 in Brockton, New York State, where his father worked as a farmer and later a carpenter. Pullman didn’t like school and left at 14 to work in a farm product shop for an annual wage of $40. The same year, his family left the city for Albion, and his father, alongside his carpenting career, had also developed a special machine to help people move buildings. At the time, huge expansion works on the Erie Canal – linking the lake of that name to the Hudson and the Atlantic – turned it into a flourishing business.

Pullman’s father’s trajectory proved to be one of his son’s biggest inspirations. He joined his father in Albion in 1848, then started running the family business after his death in 1853. While business was good, the young entrepreneur could sense the wind turning. Traffic on the Erie dwindled and recession loomed. So Pullman responded to a call to refit the majority of buildings in Chicago, which wanted to protect itself from flooding and install a new system of modern sewers. He wasn’t the only businessman to get involved, but it helped him make a name for himself and he became rather wealthy.

But Pullman didn’t stop there. He often travelled for his job, and he had noticed that service on existing trains was bad, and that they were uncomfortable and dirty. His entrepreneurial mind led him to develop his own design for two sleeper-cars with one of his politician friends. They managed to get them going on some local rails, but they were badly adapted to American tracks, which limited their success.

In 1859, George travelled to Colorado. It was the time of the great gold rush and he made the most of this to finance the construction of more modern and comfortable carriages. Very quickly, the entrepreneur understood that the best way to make a fortune wasn’t to search for gold, but to help others do so. So he founded a business which offered equipment that grinded rock and allowed gold hunters to rest, eat or move their animals.Once he’d got rich again, George returned to Chicago where he developed the Pioneer, a large new sleeper-car that was clean, comfy and elegant. Passengers had access to a toilet with cold and hot water – an immense luxury at the time.

Pullman made a big splash when president Abraham Lincoln was assassinated in 1865. The illustrious leader’s body was carried in a train that criss-crossed the whole country fso the people could pay him homage. When the cortege reached Chicago, Lincoln’s widow felt ill and was immediately sent back to her home in Springfield. Pullman used this as an opportunity to call his Pioneer into action, generating loads of publicity for his firm.

The entrepreneur then launched the President, a sleeper-car with a kitchen and restaurant, then the Demonico, dedicated to high cuisine. Pullman innovated further by developing six grades of trains and leading an extremely aggressive campaign against his competitors. Later, he built a factory just outside Chicago, then an entire city to house his employees. It had accommodation, commercial zones, churches and basically everything else its inhabitants could need.

However, this small slice of paradise was not to everyone’s liking. Independent newspapers and public speeches were forbidden, but the business’s inspectors regularly entered people’s homes to check maintenance and cleanliness. Worse still, the employees were forced to stay within the city limits. And yet it was only when Pullman brought in big salary cuts and job losses that his employees got angry. So along came the ‘Pullman Strike’, a huge social uprising that led to several deaths and injured dozens more. Federal troops even had to get involved. Pullman himself was condemned by the Illinois  Supreme Court and had to hand over ownership of his city to Chicago. He died three years later, in 1897, from a cardiac arrest and left behind him the controversial image of an brilliant and sometimes rather excessive entrepreneur.