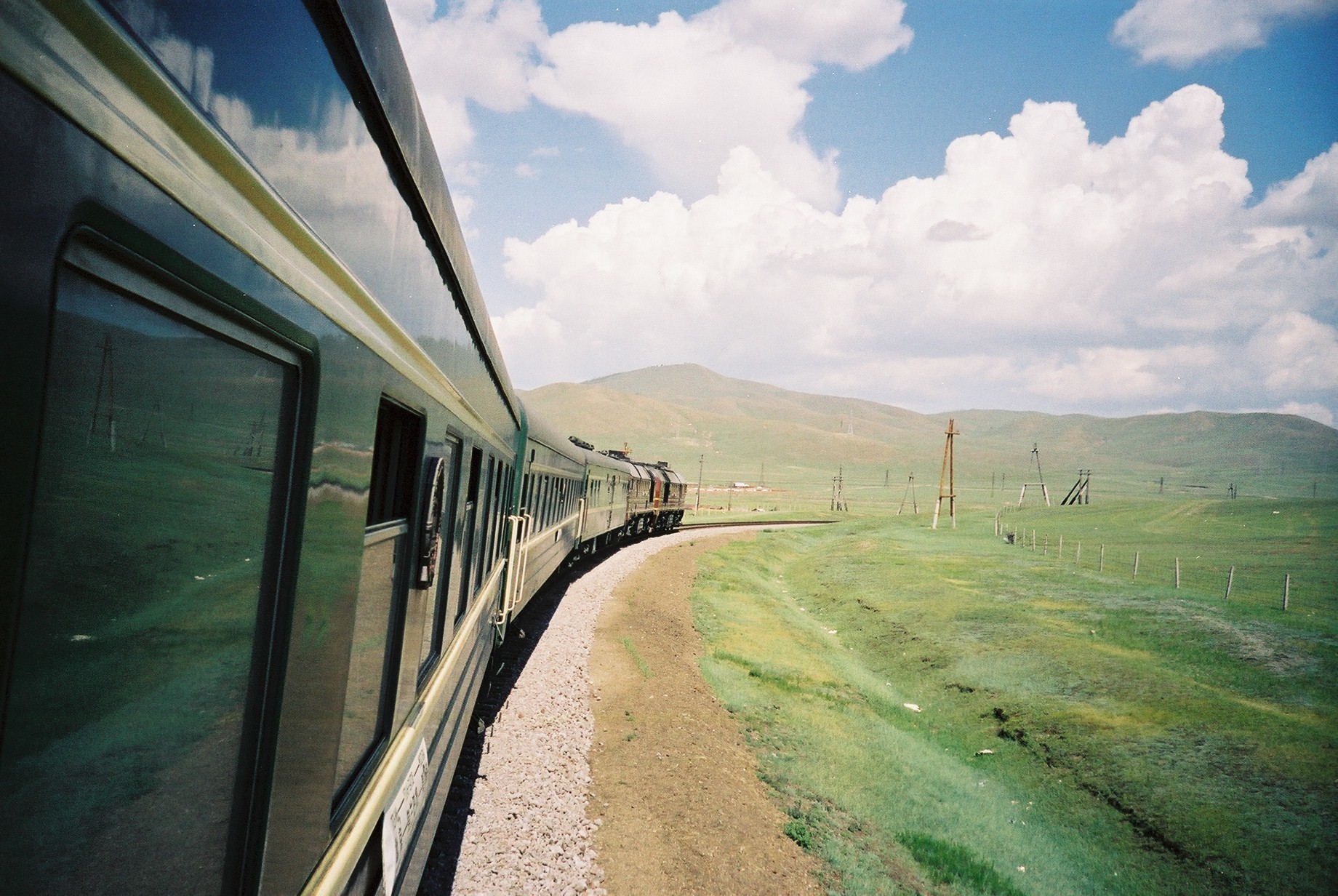 A journey to the end of Russia

While certain train journeys only last a few minutes, others last entire nights, days or even entire weeks. They can get you from one end of a continent to the other, and allow you to discover worlds you know nothing about. They can shorten distances, all while reminding you of their immensity. The writer Blaise Cendrars summed up this sentiment with a line of great simplicity in La Prose du Transsibérien et de la petite Jehanne de France (the Prose of the Trans-Siberian and of Little Jehanne of France): ‘The world stretches out, elongates and snaps back.’

Published in 1913 by Les Hommes Nouveaux, this long poem remains today one of most beautiful works dedicated to our favourite mode of transport. It tells of the poet’s train journey from Moscow to Harbin in Russia at the start of the twentieth century, at the start of a Revolution that would change the face of the world. And while many writers, like Jules Verne, Agatha Christie and Antoine de Saint-Exupéry, have entertained links with the railways, no one has captured their magic in verse quite like Blaise Cendrars.

Known for his travel writing, here the author envelops us in a work where the train itself is a poetic motif, made up of the ‘rhythms of the train’, the ‘railroad nerves’ and the ‘noises of doors voices axles screeching along frozen rails’. In his world you’re reminded of the beauty of different sounds that make up a journey on the railways, what they represent and the music they become to our ears: ‘Everything clanks / Slightly off / The clickety-clack of wheels / Lurches / Jerks / We are a storm in the skull of a deaf man.’

The text is made all the more immersive because it’s structured like a railway journey, stopping off at every station. Moscow, Novgorod, ‘Tomsk Chelyabinsk Kansk Ob’ Tayshet Verkne-Udinsk Kurgan Samara Penza-Tulun’. We follow the adventures of the young man as if we were travelling by his side, observing the landscapes for ourselves: ‘the Siberian plains’, ‘big blanched-almond cathedrals’ and ‘the honey gold of the bells’. In the end, you wind up at Harbin, just like the narrator.

But cities, stations and landscapes are only one aspect of this story. The adolescent narrator also tell of the improbable (and sometimes dangerous) encounters he has (or could have) over the course of his Eurasian journey. In his verses, you meet ‘the thieves of the Urals who had attacked the circus caravan in Jules Verne’, the ‘Khunkhuz’, ‘the boxers of China’ and ‘the specialists of the international express’. And women, lots of women (a common topic for the author). Finally, there’s the recurrent and mystical character of an old monk who pops up again and again, always mid-way through telling the legend of Novgorod, a reference to one of Cendrars’s first poems.

However, the most important character in Prose of the Trans-Siberian and of Little Jehanne of France is evidently the person mentioned in the title: Jehanne. This young sex worker, who accompanies the narrator on his journey, is at once the object of his profound love and the source of recurrent irritation. Suffering from homesickness, she can’t stop asking: ‘Blaise, say, are really a long way from Montmartre?’ It’s a phrase that exasperates the young man, who craves new adventures and thrills (and wants to eat and drink everything). Blaise and Jehanne embody the two principal emotions of the journey: excitement and nostalgia for home.

But Jehanne is above all a woman adored, the partner you take to the other end of the Earth with you, on every journey, be it perilous or not. She’s an ‘innocent flower, all thin and delicate / the poet’s flower, a pathetic silver lily.’ The one he takes in his arms amid the broiling of machinery, to whom he whispers: ‘Come get in my bed / Put your head on my shoulder / I’m going to tell you a story…’ The one next to whom other women are nothing; his true love.

Finally, Prose of the Trans-Siberian and of Little Jehanne of France is an ode to travel in general, à celui que l’on fait pour lui-même. Even though he travels from Moscow to Harbin, Blaise Cendrars evokes the destinations he’s already visited and those he intends to visit. Amid the Russian cold, he whisks off to every corner of the planet. Basel, Timbuktu, Paris, New York, Madrid, Stockholm, Patagonia, Borneo, Java, the Marquesas Islands, Sulawesi, Japan, Peru. And each of them is chosen for good reason, holding numerous hidden references to the life of the writer. All throughout the book, he drops in small clues as to his life and adventures. For fans of his writing, it is a real pleasure to try and spot them.

Like every great journey, this magnificent work, at once adventurous and melancholy, winds up at home. Naturally, Blaise Cendrars concludes his work with a section on Paris. This city, which Jehanne dreams of but rejects her all throughout the text, is described as a ‘great warm hearth with the intersecting embers of your streets and your old houses leaning over them for warmth’. That’s where the narrator finds his friends, the goalposts, the women who’ve defined his life. This is where he also tells us that he’ll come to ‘reflect’ on his youth and the young Jehanne de France, in a Montmartre cabaret. Perhaps more surprisingly, he says he receives a brochure from the Compagnie Internationale des Wagons-Lits et des Grands Express Européens, a final invitation to travel, in conditions more luxurious than those of his youth. A little like we might reflect on our years Interrailing across the continent when travelling on board Midnight Trains.

‘Blaise, say, are we really a long way from Montmartre?’

From compartment to hotel room

The designer duo Patricia Bastard and Julien d’Hoker from Yellow Window, the firm that’s helping us design and lay out our trains, are lifting the veil on how they aim to ensure you have a fun, comfortable experience on board Midnight Trains.