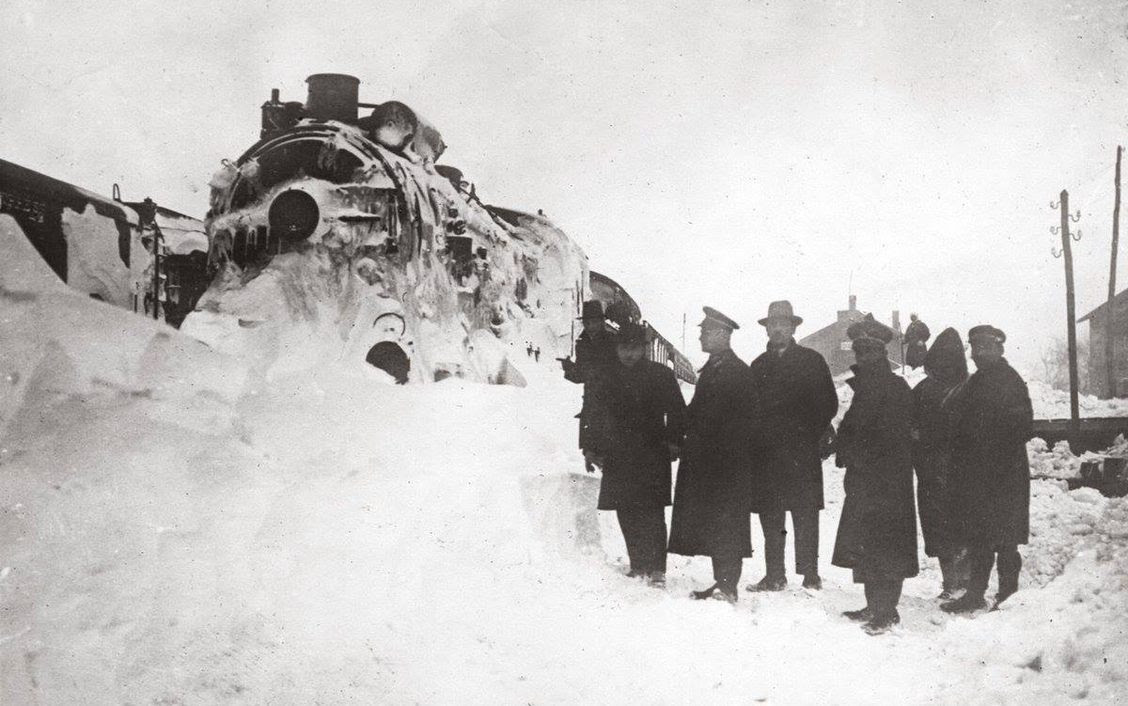 L’Orient-Express was blocked by snow for five days

Before we head to sunnier climes, in this edition of Midnight Weekly we’ll be heading back in time to tell a thoroughly wintry story – one that inspired Agatha Christie’s Murder on the Orient-Express. On January 1 1934, when she published this legendary thriller, Christie could have had little idea how widely her Hercule Poirot caper would be read. It wasn’t the first time night trains had provided the backdrop to her intrigues: six years earlier she had published The Mystery of the Blue Train, another detective story very much set on the rails. But in this case, a particular event was to provide the main inspiration for her work.

January 31 1929. It had been nearly half a century since the Orient-Express launched – to immediate success. But that day, nothing happened as planned. When they left Paris for Istanbul, the train’s passengers could not have imagined that they were about to live through their own version of the Raft of the Medusa, one in which they would be the principal characters.

It had all gone pretty smoothly until the luxury service passed the Bulgarian border. They were just 130 kilometres from their terminus, when a storm of epic proportions hit. Snow had already piled up on the tracks. Soon, the train arrived in the village of Tcherkesskeuy (Çerkezköy), and the situation took a turn for the worst as the train was suddenly blocked, right in the middle of rural Turkey (which felt a little more like Siberia). Obviously, it was impossible to turn back: both behind and in front of them, snow was streaming down from the sky – and turning to ice.

While the temperatures plummeted to -25C, the snow began to gradually submerge the train – to the extent that you could only just about make out the shape of the train thanks to the lights and steam that still managed to escape. The Orient-Express vanished, wrapped up in a white blanket. It was stopped in its tracks. And in Istanbul, the absence of the mythical train, known for its punctuality, was greeted with sceptical surprise. But then the panic really set in.

On board the train, the situation was just as worrying. With no way out, the staff would do everything they could to ensure the survival of their passengers. Because of the temperatures, the water froze and they soon ran out of coal too. Some of them climbed on top of the carriage roofs to collect ice they would melt into drinking water with the help of lighters. And for their part, the locals in Tcherkesskeuy, saw in the event a sign from god.

They had also heard about the status of the kinds of passengers on board, and so they saw an opportunity to sell the produce from their land and farms at ridiculous prices. After a few days stuck in the middle of nowhere, supplies ran out and even stale bread could be sold for a fortune. One British passenger, who’d brought his rifle with him, killed a wolf near the train, and the meat was dished out to others on the train. It was worlds away from the bucolic mythology surrounding the Orient-Express.

Like many people, Agatha Christie read about the story in a newspaper. Pressure was growing on the various people responsible for the service, and an American snow-plough train was sent out to rescue those on board. It was to be several more days before they were able to dislodge the train from the ice that gripped it to the rails. Overall, passengers spent 12 days on board the train (compared with the usual three-day trip). And remarkably, thanks to the heroism of the staff, there were no deaths or even injuries.

This train, cut off from the world for nearly half a month, would be the key inspiration for the British author, whose timeless book still dazzles today. We’ll reveal nothing of its plot or conclusion, because few pleasures beat diving in to discover the twists and turns yourself. It’s a classic for a reason, y’know.

Fugleflugtslinjen, the train that travelled on water

This line had two names: Fugleflugtslinjen (in Danish) ou Vogelfluglinie (en German), which both mean the ‘bird flight line’. Something to do with the technical prowess of the train drivers, perhaps?