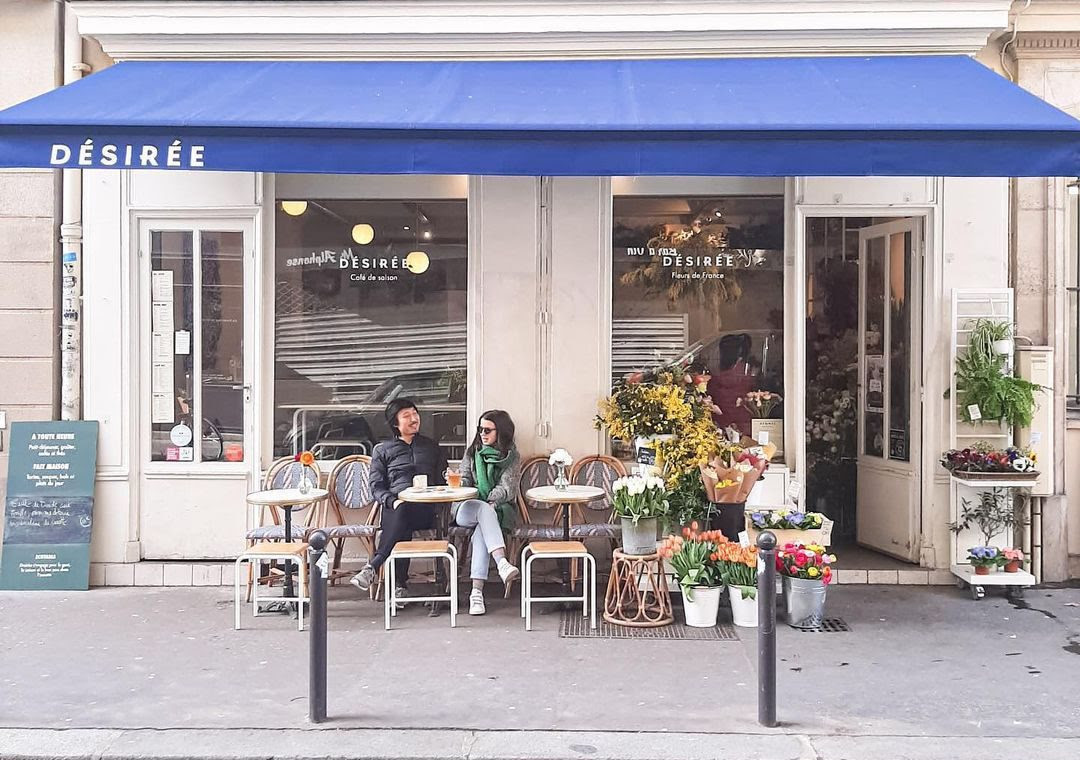 An unusual take on an Italian classic

Continuing the Italian theme, this week we’ve asked the team from Désirée to send over a recipe that’ll brighten up your weekend. The ever-innovative Désirée was founded in Paris in 2017, under the aegis of Mathilde Bignon and Audrey Venant. Both very into their flowers, they opened a first, then a second, café-florist – so you can sip coffee surrounded by all manner of brilliant sights and smells.

They were making a political point too, because despite there being a very established horticultural industry in France, 85 percent of flowers that are sold are imported (from the Netherlands, Colombia, Kenya, Ethiopia and so on), which means the sector has a very high carbon footprint. At Désirée, none of that: all flowers come from the Île-de-France and Var regions. And you’ll find the same sustainable message on the café menu too.

Get a feel for the place with this truly unusual panna cotta recipe, the legacy of former Désirée chef, Amandine. You’ll be blown away by its light, silky, almost elusive texture. A brilliant, fresh kick to crown any meal.

In a pan, bring the milk, cream and sugar to the boil, then add the buckwheat. Let the ingredients infuse, until the taste feels about right (five to ten minutes).

Meanwhile, let the gelatine soak in a bowl of water.

Sieve the milk and cream to remove remaining buckwheat grains (you could keep them to use in a pancake batter, for example).

Warm the mixture again until it reaches at least 40C, but without reaching boiling point, then add the well-drained gelatine.

Mix well, then place in the individual serving pots.

This panna cotta is light because it mixes cream and milk. By the same token, you could blend your concoction with other herbs, including verbena, agastache and chamomile.

If you want to discover more recipes from the brains behind Désirée, do have a look at their book Désirée. Pâtisser, Cultiver, Fleurir, which will tell you more about their local, seasonal approach to cooking.

We’ve asked Bertrand Grébaut, sustainable cookery pioneer and owner of Michelin-star restaurant Septime, to give us the lowdown on a timeless Parisian classic. À table!

Paris’s hottest chefs, Simon Aushcer (who’s already appeared in a previous edition of Midnight Weekly) to share one of his favourite recipes. Once again, his choice very much adheres to the principles of sustainable cooking – something integral to his culinary philosophy.